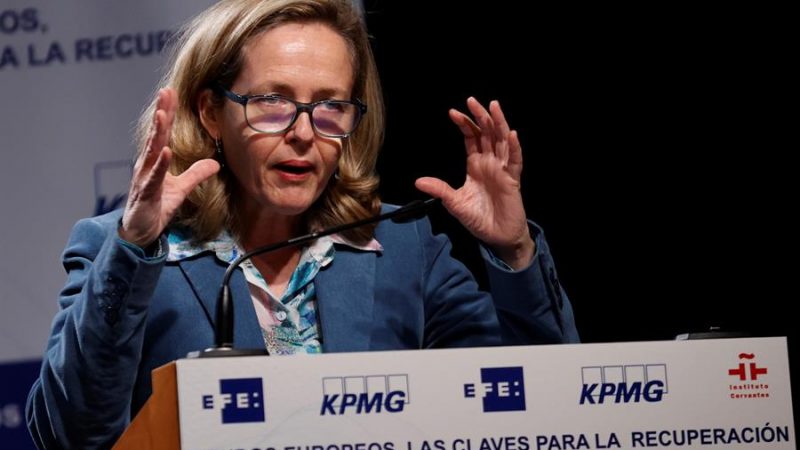 "It is not a question of giving more loans", but of analysing the real needs of the most affected sectors, Calviño stressed last week. [EFE/ Chema Moya]

The Spanish government is expected to approve a rescue package worth €11 billion by the end of the month in support of small and medium-sized businesses badly hit by the COVID-19 pandemic, EURACTIV’s partner EFE reported.

Sources close to negotiations held over the weekend reported that Spanish Finance Minister Nadia Calviño (PSOE) is in favour of granting only part of that sum in the form of direct aid to the worst-hit sectors, including two of Spain’s main economic drivers, the tourism and service sectors.

Of the total, less than €2 billion has reportedly been earmarked as direct grants, with the rest likely to be channeled through other means.

“It is not a question of giving more loans”, but of analysing the real needs of the most affected sectors, Calviño stressed last week.

Spanish Labour Minister Yolanda Díaz admitted to public broadcaster RNE in an interview aired on Sunday that temporary lay-off schemes would not save thousands of jobs currently at risk. Direct aid would be required soon, she added.

Spain’s government put in place an ambitious programme in April 2020 to save thousands of jobs endangered by business closures during the pandemic. Around 900,000 workers are currently benefiting from the scheme, known locally as ERTE.

Recipients under the ERTE schemes are officially considered employed, meaning they are not counted among the country’s jobless. Spain’s unemployment rate hit 16.13% in 2020, with analysts calling it the worst year for joblessness since 2012.

Under the ERTE scheme, the Spanish state pays workers about 70% of their previous salary and prohibits companies from firing people. In case of fraud or redundancies, companies must return exemptions from contributions to the social security system or risk heavy penalties.

According to sources close to the finance ministry, the government wants to avoid fresh money flowing into “zombie” (or ghost) companies – those unlikely to survive the impact of the crisis in the medium term.

Some of the new measures being discussed by the left-wing coalition government of PSOE and Unidas Podemos (United WeCan) include a plan for the recapitalisation of companies and the conversion of credits into other capital instruments.

Spain’s government has already pledged direct aid worth more than 2% of the country’s GDP this year.

Spanish Prime Minister Pedro Sánchez announced the aid package in February, but was criticised at the time by the opposition and business representatives for not providing details of his road map.

Spain’s central bank and business representatives have made a number of urgent appeals for direct aid to help struggling small and medium-sized businesses and the self-employed.