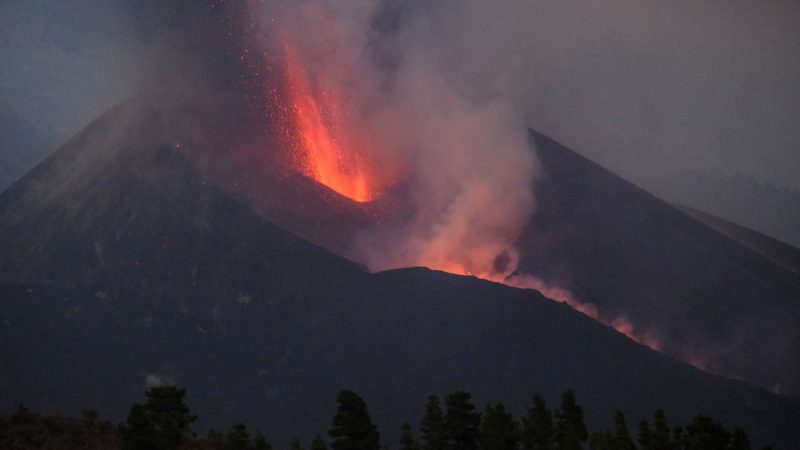 The European Union Solidarity Fund (EUSF) was set up to provide finance to respond to major natural disasters. [Shutterstock/Alexandros Michailidis]

Sánchez hoped to discuss this matter in Santa Cruz de La Palma with the EU Environment Commissioner, Virginijus Sinkevičius. In the end, Sinkevičius was unable to visit the island due to difficulties with air connections, EU sources told EFE.

The European Union Solidarity Fund (EUSF) was set up to provide finance to respond to major natural disasters.

The Spanish PM stressed that, although the emergency is not over, all local administrations are working to assess the damage caused by the volcano, without neglecting, he said, other types of damage which he is aware that “it may never be possible to repair”.

Sánchez also announced that on Tuesday (23 November) the government will approve an extra allocation of €4 million to repair water supply facilities and that a further €5 million will be transferred shortly for staff costs, running costs, home help, housing management, and social, psychological and educational support.

A €2.5 million decree is expected to be approved in December for scientific research projects related to the volcanic eruption.

In the eight weeks since the start of the eruption at Cumbre Vieja, the pace of work carried out by the government has been “extraordinary”, he said.

It has transferred €10.5 million to the Canary Islands government for housing and household goods, and a further €18.8 million for aid for fisheries and agriculture.

Sánchez has promised that the government will do “everything and more” to respond to the emergency and to “offer a horizon of prosperity, progress, reconstruction and relaunching” of La Palma.

The volcano on the Cumbre Vieja ridge has been erupting since 19 September. In two months, lava flows have covered vast swathes of land and destroyed over a thousand homes.

The temporary halt comes amid a deterioration of air quality, although flights in and out of the rest of the Canary Islands, which include popular tourist destinations like Tenerife and Lanzarote, remain operational as usual.