Spain in race against the clock to extend furlough schemes 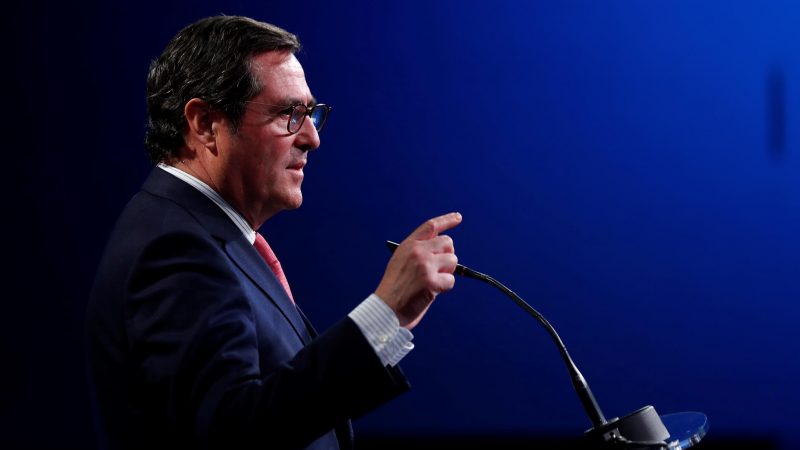 Trade unions, the CEOE and the government are racing against the clock to agree on an extension for the schemes until 30 September. [EFE/Emilio Naranjo]

Trade unions, the CEOE and the government are racing against the clock to agree on an extension for the schemes until 30 September as the economic impact of the pandemic is still been keenly felt in many key sectors.

CEOE president Antonio Garamendi has asked the government to create the “same level playing field” for businesses and workers as a precondition to reach a new agreement.

Negotiations have stalled over the demand by the CEOE and trade unions to maintain a waiver of social security contributions ranging from 70% to 100% depending on the number of employees. The government wants to replace this with a system to incentivise companies to rehire workers. 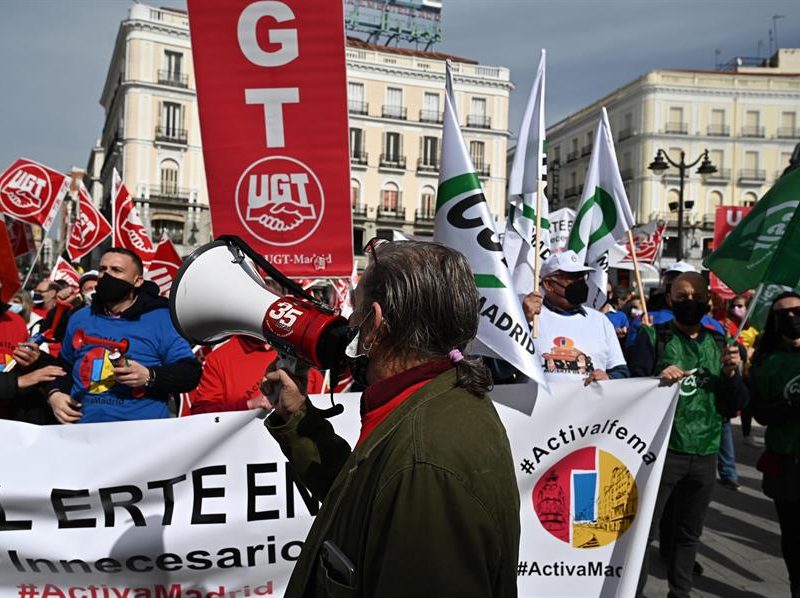 Protect jobs in the most affected sectors

Spain’s governing left-wing coalition of PSOE and Unidas Podemos could either approve the extension by decree without agreement with employers or continue negotiations until the last minute.

Sources close to the negotiations told EFE on Tuesday (25 May) that the government is ready to pursue dialogue.

Spain’s Central Bank has recently recommended the extension of temporary lay-off schemes for employees in economic sectors worst hit by the COVID-19 pandemic, in particular tourism, which accounts for about 15% of Spain’s GDP.

A total of 899,939 people benefited from the country’s temporary lay-off scheme in February alone. Taken across the whole of 2020, a total of 3.6 million workers from 550,000 companies, mainly small and medium-sized businesses (SMEs), participated in the scheme.

The programme sees the Spanish state pay workers around 70% of their normal salary and prohibits companies from firing people. In case of fraud or redundancies, companies must return exemptions from contributions to the social security system and risk heavy penalties. Those benefiting from the ERTE schemes are officially considered employed, meaning they are not counted as jobless.

To alleviate the difficult situation in the Spanish labour market, the European Commission announced on Tuesday that the Iberian country has received around €3.3 million in new loans from the European fund against unemployment (SURE). The country is entitled to a total of €21.3 million. 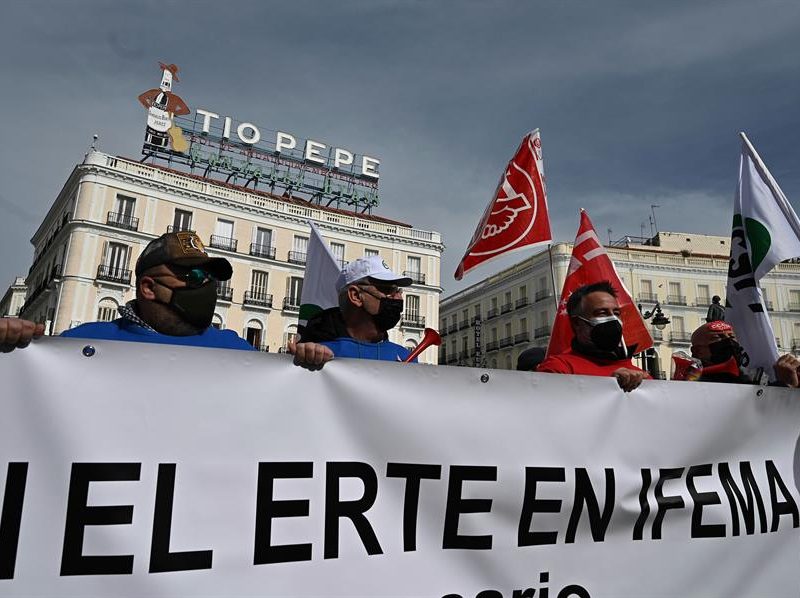 Spain’s Central Bank has recommended the extension of temporary lay-off schemes known as ERTEs for employees in economic sectors worst-hit by the pandemic, in particular tourism. EURACTIV’s partner EFE reports.