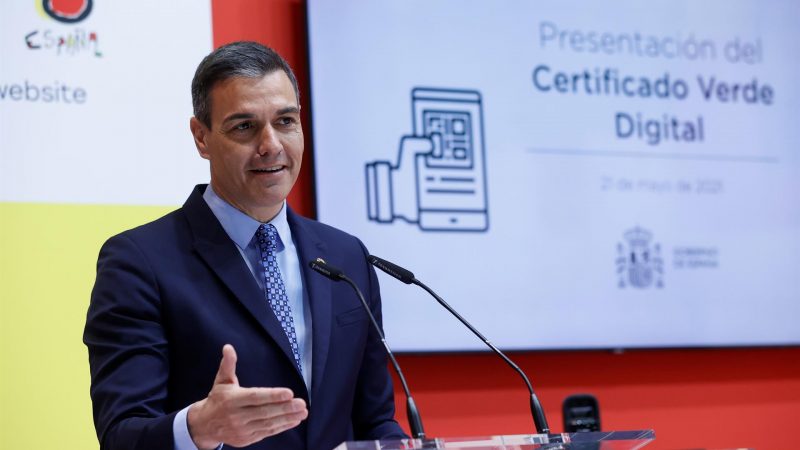 “I can therefore announce that from next Monday (…) Spain will be delighted to receive British tourists again into our country,” said the Spanish PM, adding that “from 7 June anyone who is fully vaccinated and their families are welcome regardless of their country of origin.” [EFE/Chema Moya]

Spain has from Monday (24 May) lifted COVID-19 travel restrictions for citizens of 10 low-risk countries, including the UK and Japan, in a bid to jump-start its pandemic-stricken tourism sector in time for the summer season. EURACTIV’s partner EFE reports.

Prime Minister Pedro Sánchez said at the end of last week that from Monday travellers from the UK, Japan, China, South Korea, Australia, New Zealand, Singapore, Thailand, Israel and Rwanda could enter Spain without having to fulfil special requirements, like presenting a PCR test, going into mandatory quarantine or presenting a vaccine certificate.

Travellers will instead be asked to fill out a health form prior to arrival.

“I’m pleased to inform you that a ministerial order will be officially published today exempting citizens from the UK and other countries such as New Zealand, South Korea or China from temporary restrictions for non-essential travel to Spain,” he said, during a speech at the Fitur international tourism fair in Madrid on Friday.

“I can therefore announce that […] Spain will be delighted to receive British tourists again into our country,” said the Spanish PM, adding that “from 7 June anyone who is fully vaccinated and their families are welcome regardless of their country of origin.” The vaccine certificates will have to be authorised by the European Medicines Agency (EMA) or the World Health Organisation (WHO). 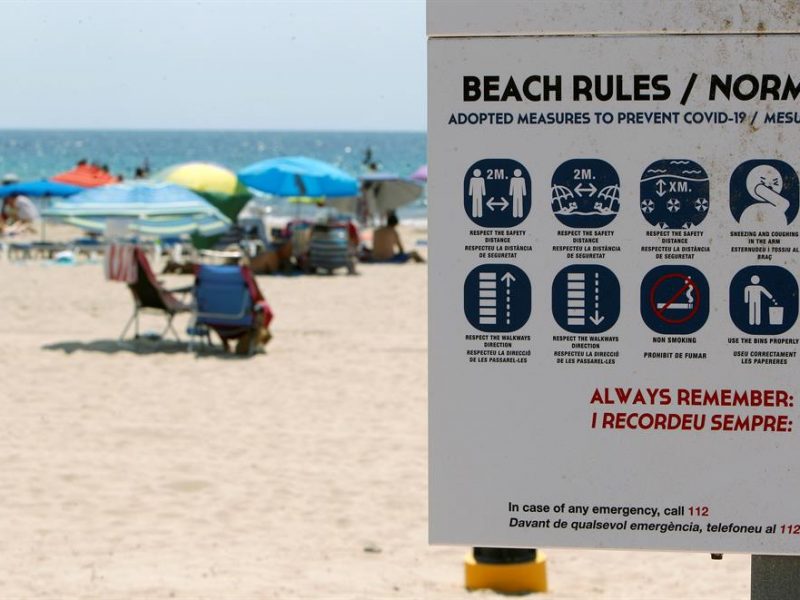 Tourism, a vital part of the Spanish economy, made up just over 12% of its annual GDP in 2019 when it was the second-most visited country in the world.

British tourists have traditionally comprised the largest percentage of foreign visitors to Spain, drawn in particular to the sun-soaked beaches of the Mediterranean coast, the Balearics and the Canary Islands.

Although Spain has lifted its restrictions for British travellers, the Iberian nation remains on the UK government’s amber list, meaning those returning to the UK would have to undergo a period of quarantine.