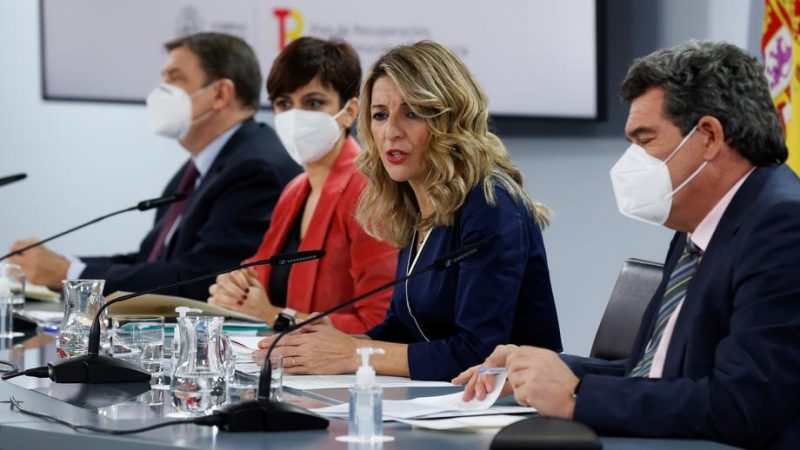 The reform, agreed with unions and employers, reverses business-friendly regulations introduced in 2012 by a previous conservative government during a deep recession that followed the 2008 global financial crisis.

Spain is currently the European Union nation where the use of temporary contracts is highest, but the reform tightens conditions for their use in the eurozone’s fourth-largest economy.

It limits most temporary contracts to a maximum of three months and will allow temporary hiring only under certain circumstances.

Improper use of temporary contracts will be penalised with fines and social security penalties.

The reform also restores collective bargaining with unions as the main channel to negotiate contracts.

Under the 2012 reforms, severance pay had been cut and trade union negotiating powers had been limited.

“This is the first agreement in more than four decades that reverses the trend of workers losing rights, bargaining power and wages,” Labour Minister Yolanda Diaz told a news conference after the cabinet passed the reform.

“There are many women and young people in this country who have not had a contract that was not garbage in their entire lives.”

Changes to Spain’s labour laws are one of the reforms Brussels expected by the end of the year for Madrid to receive €140 billion from the European Commission’s coronavirus recovery programme.

The reform must now be approved by parliament, with a vote expected early in the new year.

To approve the reform the government will have to win the support of several smaller leftist and regional parties, as it did for its 2022 budget.

Critics say the 2012 reform reduced job security but its defenders argue it helped bring down Spain’s unemployment rate from nearly 27% in 2013 to around 16% this year.