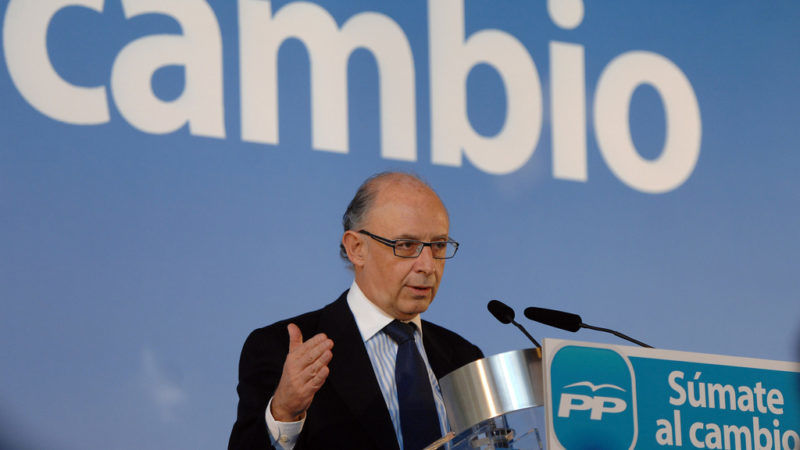 Spain cut its public deficit in 2016 to 4.54% of its economic output, the government said yesterday (30 March), narrowly beating the revised target it agreed with the EU.

“We have fulfilled the objective set by European institutions for 2016,” Budget Minister Cristobal Montoro told a news conference.

Spain had originally promised Brussels to bring its deficit below the limit of 3% fixed under the EU’s Stability and Growth Pact.

But after it became apparent the country would be unable to meet this target the EU agreed to raise the figure in August.

While Montoro acknowledged Spain’s “previous goal was different”, he stressed his conservative government has steadily reduced the deficit since coming to power in 2011.

Spanish public debt began to soar after a decade-long property boom finally turned to bust in 2008, throwing millions of people out of work and prompting a drop in tax revenues.

The government has tried to slash the deficit by pushing through unpopular cuts to social spending and tax hikes.

Prime Minister Mariano Rajoy’s government, which was returned to power late last year without a majority in parliament, is due to present its draft budget for 2017 on Friday.

It is under pressure from the left-wing opposition to ease its austerity measures while Brussels is piling on the pressure for Madrid to respect its deficit targets.