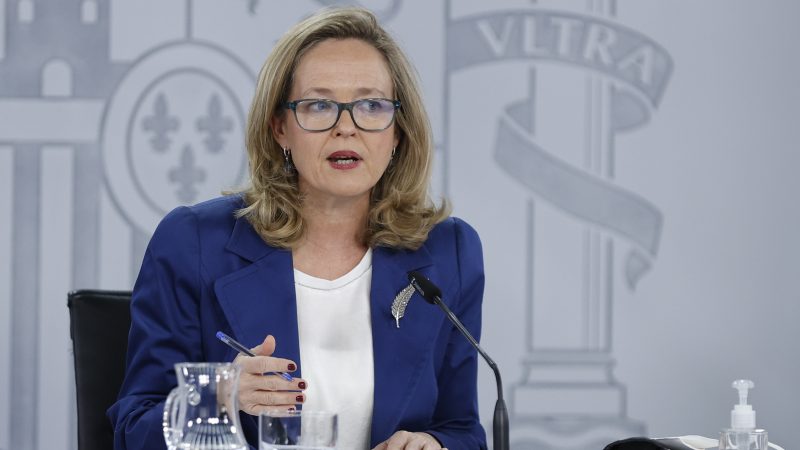 Usually on opposite sides of the debate on fiscal rules, the Dutch finance minister Sigrid Kaag and her Spanish counterpart Nadia Calviño presented a proposal that could steer the reform of fiscal rules that is currently being prepared in the EU institutions.

In the paper, they call for a reform of EU fiscal rules that would “reinforce fiscal sustainability in a more effective and efficient manner” and enable the public investments that are needed to implement the green and digital transitions.

Most notably, the joint paper calls for country-specific fiscal plans and for the introduction of a simple expenditure rule.

“The fact that the Netherlands and Spain, which are traditionally identified with divergent positions on these matters, have presented this joint paper, emphasises the need to find unity,” the Spanish finance minister Nadia Calviño said.

Dutch finance minister Sigrid Kaag said: “We need to be forward-looking. There is even more importance to strengthen the economic independence and strength of the Union.”

Both referred to the Corona crisis and the war in Ukraine to stress the importance of unity instead o having “divisive debates.”

“Politically, this came as a surprise. Spain and the Netherlands are rather unlikely bedfellows in the debate on fiscal rules,” Thierry Philipponnat, chief economist at the NGO Finance Watch told EURACTIV.

The current fiscal rules have long been criticised as being “obsolete”, for example by the French and the Italian governments. The rules limit the countries’ debt levels at 60% of GDP and their annual deficits at 3% of GDP. Following these rules, some highly indebted countries would have to radically cut their debt in a way that would hurt their economies, especially now that the pandemic led some countries to even higher public debt levels.

“Currently, the fiscal rules follow no economic logic. They are also too rigid and thus cannot be adapted to the changing economic circumstances,” Philipponnat said. In the past years, for example, the interest rates for public debt were very low, making higher debt levels much more affordable than in the past.

Instead, the paper takes aim at how the pathway to these targets should look like. Here, the focus on taking into account the specific economic reality in each country is especially commendable, according to Philipponnat.

Lessons from the pandemic

Calviño said that fiscal rules could also take lessons from the collective response to the COVID crisis. In return for clear reform commitments, fiscal plans could be approved by the EU Commission or another EU body, similarly to how national governments have to present national plans to access the grants from the EU’s Recovery and Resilience Fund.

While the joint paper calls for more investments, it remains light on detail regarding how exactly to enable them. An often discussed idea is a so-called “green golden rule” that would exempt investments in economic growth and into the green transition from any deficit rule.

However, Kaag remained sceptical of this idea, when asked by journalists on Monday, showing that there are limits to this new-found unity.

“But we should focus on what unites, not on what divides us,” she said.

The two finance ministers now hope to spark a debate among their EU colleagues. “Initial responses have been fairly positive,” Calviño said.

The Austrian finance minister Magnus Brunner praised the joint paper when asked about it by journalists on Monday. “We can support a big part of the content in this joint paper,” he said. Austria is generally considered one of the fiscally most hawkish EU member states.

Finance Watch’s Philipponnat said: “If the principles stated in this document were to be implemented, this would be a very serious improvement of the current fiscal rules.”

Whether the overall positive response to the paper is due to a real new-found common ground or to lack of specific details remains to be seen. The EU Commission is expected to present a proposal with more details in the coming months.

In the coming weeks already, the EU Commission might provide further information on its fiscal guidance for member states to plan their budgets for 2023. EU fiscal rules have been suspended since March 2020 in order to avoid burdening national budgets during the Coronavirus pandemic. The general escape clause will be maintained until the end of 2022.

The Commission had originally planned to reinstate the rules in 2023. However, the war in Ukraine is creating new uncertainties in the economy to which public budgets might have to react. In early March, the Commission said it would revisit the issue in April. 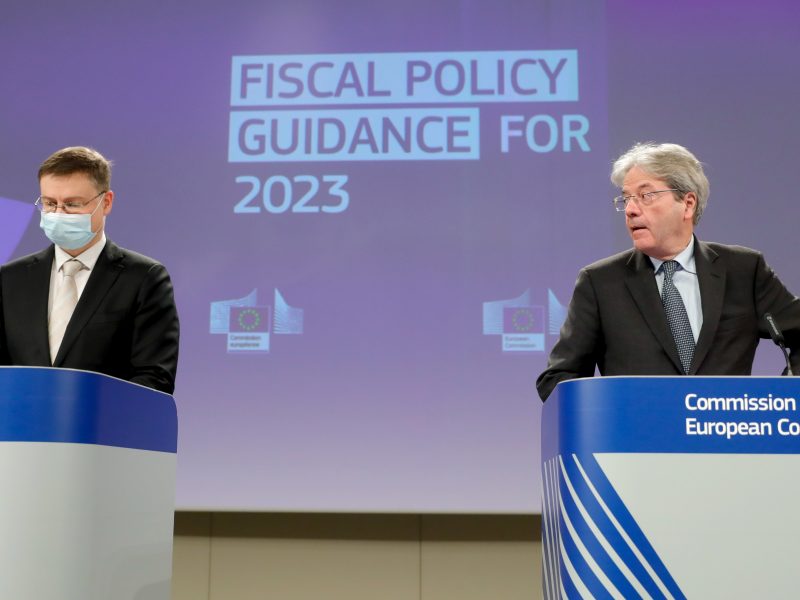 With insecurity for the European economy increasing due to Russia’s war of aggression in Ukraine, the EU executive calls on countries to keep investing in economic growth and remains open about an eventual prolongation of the suspension of fiscal rules.