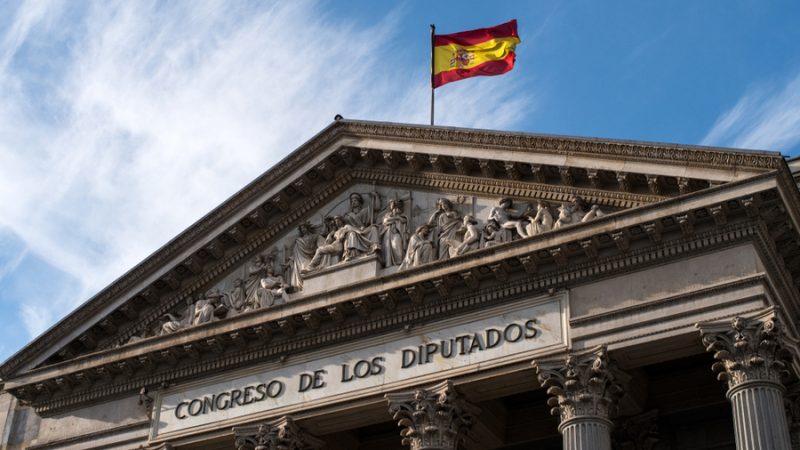 Passage of the 2022 spending plan boosts the chances that Socialist Prime Minister Pedro Sanchez’s minority government will survive until the end of its mandate in late 2023.

Lawmakers voted 281-62 in favour of the budget, which calls for a record 240 billion euros ($269 billion) in spending next year as the government seeks to spur activity in an economy badly hit by the coronavirus pandemic.

Spain is one of the main beneficiaries of the fund, with the country set to collect a total of 140 billion euros in grants and loans from it over six years.

But the government struck deals with smaller leftist and regional parties to get their support for the budget, including one with Catalan separatist party ERC that sets a quota for regional languages on streaming platforms.

In a tweet sent just after the budget was approved, Sanchez said the budget is “key to consolidating a fair and inclusive recovery”.

“Hopefully this will be the prologue to many more agreements. We will be working on that,” he added.

Sanchez is betting the expansive budget will stoke an economic rebound from the Covid pandemic that has lost some momentum due to weak domestic consumption and a slower than expected recovery in its key tourism sector.

Among the measures financed by the budget is a payment of 400 euros to all those who turn 18 to spend on cultural activities, and a monthly rent subsidy of 250 euros for low-income youths.

Civil servants will get a 2.0 percent pay increase while old-age pensions will be increased in line with inflation.

The budget sees Spain’s public deficit to fall to the equivalent of 5.0 percent of Spain’s economic output next year, down from 8.4 percent in 2021.

But it is based on a prediction that Spain’s gross domestic product (GDP) will expand by 7.0 percent next year, a forecast many analysts say is unrealistic.

Spain’s economy contracted 10.8 percent in 2020, one of the worst results among industrialised countries, as pandemic travel restrictions crippled its tourism sector.