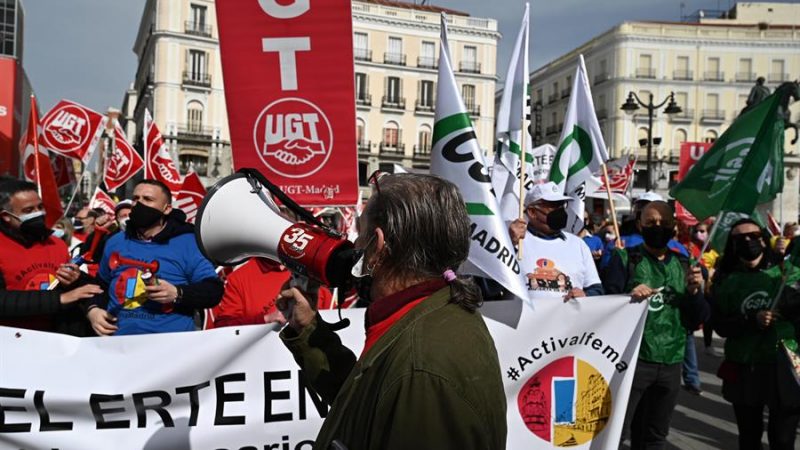 Part of the €70 billion will be invested in specific training programmes to improve the employability of workers under the ERTE scheme. [EFE/ Fernando Villar]

Spain’s left-wing coalition government of PSOE and Unidas Podemos has compiled its plans for structural transformations eligible for EU money in a strategic document unofficially known as the blue book. Plans to overhaul the labour market and pension system are in the works.

According to the plan presented by Sánchez this week before parliament, the government intends to apply for part of the €70 billion in soft loans available until 2026 so that these can be invested in training workers benefiting from the ERTE scheme.

Recipients of the scheme receive 70% of their previous salary from the state, cannot be fired by their employers and are officially considered employed, meaning they do not feature in the country’s unemployment figures.

Part of the €70 billion will be invested in specific training programmes to improve the employability of workers under the ERTE scheme and help small and medium sized businesses hit by the COVID-19 pandemic.

The document, as seen by financial newspaper Cinco Dias – the final version of which is expected to be sent to Brussels in the coming days – provides more information about the schedule envisaged by the Spanish government.

It assumes the Spanish recovery plan will have to be financed with the €27 billion already advanced – via debt – included in the Spanish general budgets (Presupuestos Generales del Estado) for 2021.

The first disbursements from the EU fund are not expected until at least the second half of the year, particularly as this is still pending the approval of the German Constitutional Court.