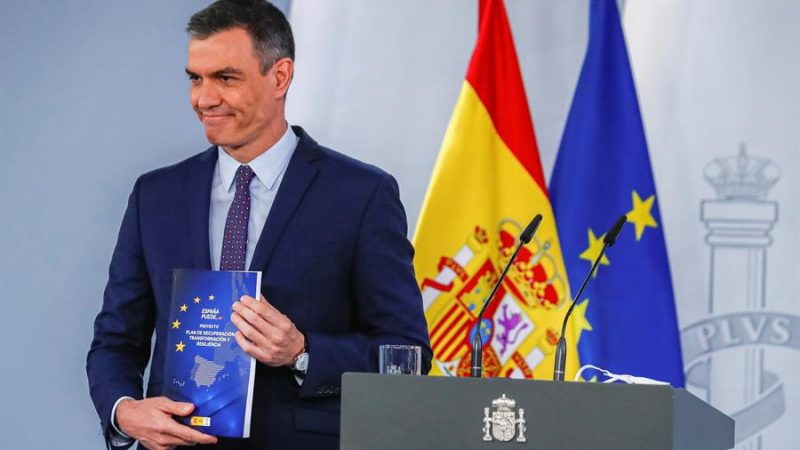 Sánchez is due to present the proposal to lawmakers in parliament on Wednesday and it is to be sent to the European Commission later this month. [EFE/ Emilio Naranjo]

Prime Minister Pedro Sánchez told a press conference Tuesday (13 April) that the plan would modernise the Spanish economy and that it was the best opportunity for Spain since it joined the European Union.

“Chances like these only come around a couple of times a century,” he said.

Under the government’s proposed plan, a public investment of €70 billion will be allocated to the country’s ecological transition and digital transition over a three-year period, with 10 of the 20 major investment projects outlined in the recovery plan to receive around €50 billion. 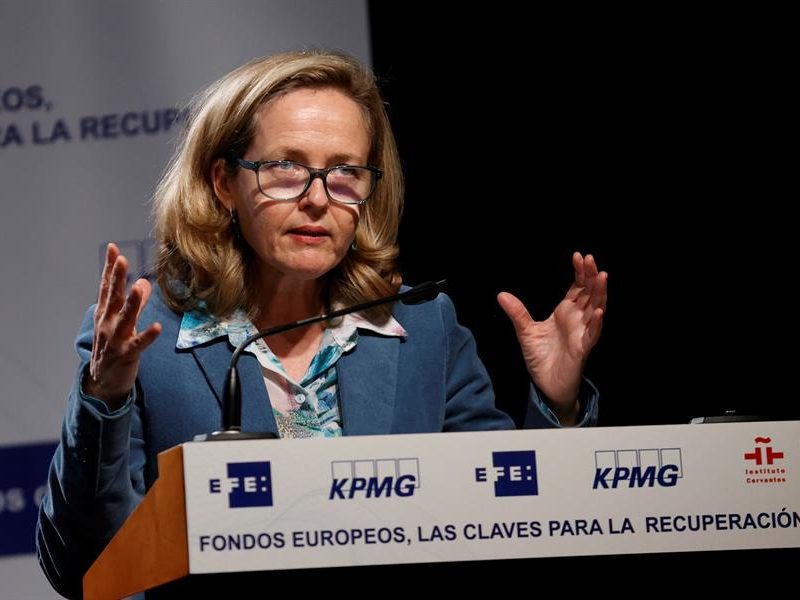 Sánchez is due to present the proposal to lawmakers in parliament on Wednesday and it is to be sent to the European Commission later this month.

Spain’s economy has been battered by the effects of the COVID-19 pandemic, particularly due to the country’s heavy reliance on tourism.

The Iberian country is set to receive €140 billion from the EU’s recovery fund between 2021 and 2026, of which it would receive half in the form of grants, the other as loans.

The proposed plan is being hailed as the most ambitious in the country’s recent economic history.

Over the next three years, the government hopes to allocate 39% of funds to the country’s ecological transition, 29% to its digitalisation, 10.5% to education, and 7% to investigation and development.