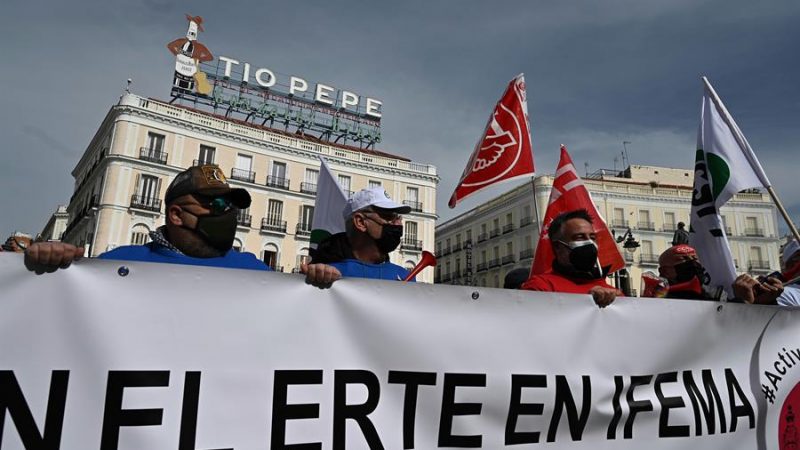 The central bank recommended maintaining ERTEs in the worst-affected sectors "until the health crisis is over." [EFE/ Fernando Villar]

Spain’s Central Bank has recommended the extension of temporary lay-off schemes known as ERTEs for employees in economic sectors worst-hit by the pandemic, in particular tourism. EURACTIV’s partner EFE reports.

The current scheme, which is due to expire on 31 May, was first implemented at the onset of the pandemic last March.

It has shown “a high effectiveness in facilitating the return to employment after lockdown measures and restrictions to [economic] activity in the second quarter of the year,” according to an internal central bank report picked up by Spanish media on Wednesday (31 March).

ERTEs remain “an effective mechanism of adjustment of labour costs of companies” favouring “the return to employment after the gradual lifting of restrictions,” the report said.

A total of 899,939 people benefited from the country’s temporary lay-off scheme in February alone. Taken across the whole of 2020, a total of 3.6 million workers from 550,000 companies, mainly small and medium-sized businesses (SMEs), participated in the scheme.

The program sees the Spanish state pay workers around 70% of their normal salary and prohibits companies from firing people. In case of fraud or redundancies, companies must return exemptions from contributions to the social security system and risk heavy penalties. Those benefiting from the ERTE schemes are officially considered employed, meaning they are not counted as jobless.

Despite this, Spain’s unemployment figures hit 4 million in February, the highest level since 2016. 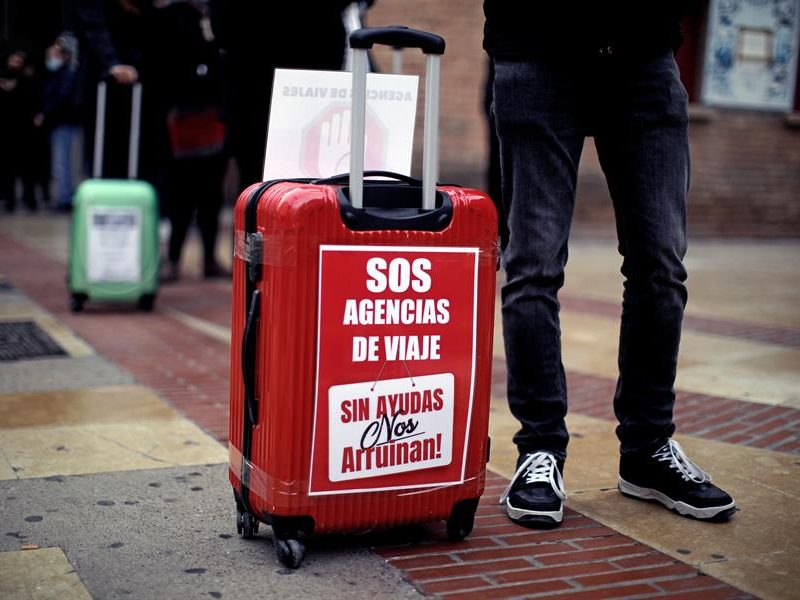 The “good news,” according to the central bank, is that almost 70% of employees who had been covered by the ERTE scheme in the second quarter of 2020 had already returned to work in the third quarter.

Labour Minister Yolanda Díaz confirmed this week that ERTEs will be maintained as long as necessary, going beyond the official May deadline. The announcement has gone some way to allay the fears of the country’s worst-hit sectors, such as tourism and the hotel, restaurant and cafe industries – known collectively as HORECA.

“It makes no sense to drop them at this time”, when the crisis caused by the pandemic appears to be in its final stage, mainly thanks to the vaccines, Díaz said.

However, while the central bank recommended maintaining ERTEs in the worst-affected sectors “until the health crisis is over,” it suggested linking support more directly to the training of affected workers, which until now had been relatively low.