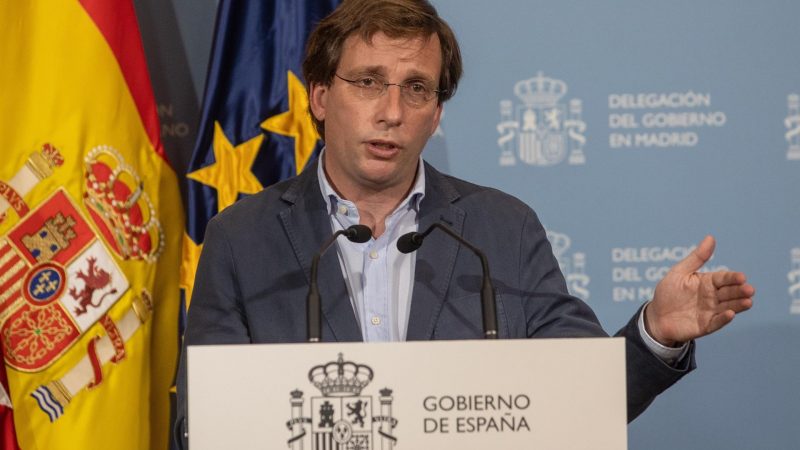 The Madrid region, home to 6.6 million people, has recently surpassed Catalonia as Spain's richest and most dynamic. [EFE/ Rodrigo Jiménez]

Madrid’s conservative mayor, José Luis Martínez-Almeida, has announced an ambitious plan to make the Spanish capital “the best city to live and work in 2030”, thanks to an initial investment of €3.9 billion of EU money, EURACTIV’s partner EFE reports.

The initiative, announced on Thursday (10 June) will be implemented once the European Commission gives its green light to the Spain’s recovery plan, unlocking the first tranches of the European post-virus recovery stimulus, a move likely to happen next week, EU sources told EFE.

Madrid’s Municipal Plan for Recovery, Transformation and Resilience is divided into 10 strategic measures aligned with Spain’s national plan and will mobilise the equivalent of 5.6% of the total EU funds allocated to Spain.

The EU has approved a recovery fund worth €750 billion, partly financed by borrowing, to help the bloc overcome the economic aftermath of the COVID-19 crisis. The fund is now being ratified by all national parliaments and is awaiting implementation by the EU institutions.

The Madrid region, home to 6.6 million people, has recently surpassed Catalonia as Spain’s richest and most dynamic. In 1980, 14.8 % of the total Spanish GDP was generated in Madrid, but in 2019 it was 19.3%, according to recent data by the Spanish National Statistics Institute (INE).

From the total amount allocated to Spain, the Iberian country is poised to receive €70 billion in subsidies, from which comes the €3.9 billion package to finance the Madrid transformation plan.

Martínez-Almeida’s first goal is to leave behind a pandemic-era economic setback of 9.6% in the capital, according to calculations done by the city council, reduce the unemployment rate and resume the path of growth Madrid had in 2019, when the city’s economy grew by 3.6%, the Spanish financial daily Cinco Días reported Thursday.

One of the plan’s main pillars, Cinco Días has learned, is the modernisation of the local industry and strong support for SMEs, thanks to a €86 million investment.

The strategy aims at promoting the digitalisation of small businesses, entrepreneurs, self-employed and small companies in all sectors, with a strong emphasis on those dedicated to economic activities facing difficulties to catch up with new technologies.

Among the focuses of the plan is the modernisation of the commercial, hotel and hospitality sectors, heavily affected by the COVID-19 crisis, by establishing a collaborative ecosystem and offering customised technological solutions.

The programme is also committed to providing liquidity to SMEs and the self-employed, creating a digital platform for commerce, modernising the local food and distribution sector, and promoting the tourist attractiveness of Madrid’s different neighbourhoods.