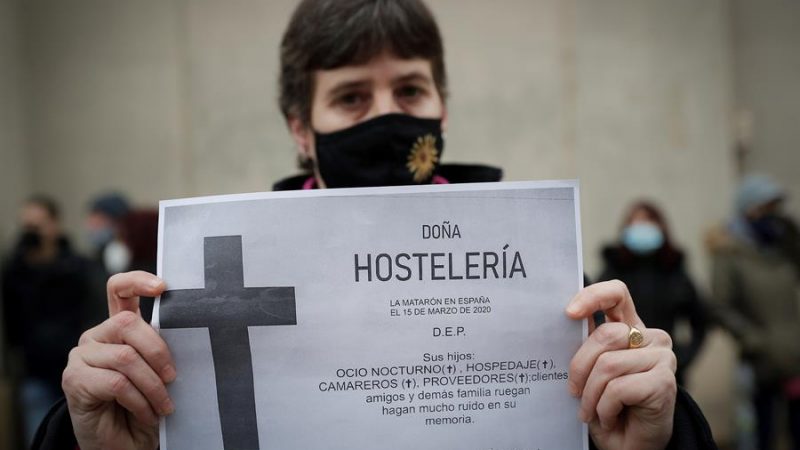 According to the ATA report, 41.1% of the self-employed entrepreneurs had to lay off part of their workforce as a result of the economic crisis derived from the pandemic. [EFE/ Villar López]

Some 300,000 more jobs are expected to be lost in Spain in 2021, mainly affecting small businesses, in a new blow to the already battered economy, warned the Spanish Association of the Self-Employed Workers (Asociación de Trabajadores Autónomos, ATA). EURACTIV’s partner EuroEFE reports.

Since the start of the pandemic in March-April 2020, the sector has lost more than €70 billion, due to the impact of restrictions put in place to contain the spread of the virus, according to the latest barometer recently published by the ATA.

Some 82% of self-employed entrepreneurs in Spain reported a significant turnover reduction compared with 2019, while 61.8 % said the turnover drop exceeded 60%.

According to the ATA report, 41% of the self-employed entrepreneurs had to lay off part of their workforce as a result of the economic crisis derived from the pandemic.

However, the “good” news is that, so far, only 7.3% of the Spanish self-employed workers plan to apply for a temporary lay-off scheme in the short to medium term this year.

Among other extraordinary measures, the Spanish government put in place an ambitious programme since April 2020 to save thousands of jobs endangered by the consequences of the pandemic, mainly thanks to the temporary lay-off schemes (Expedientes de Regulación Temporal de Empleo, or ERTE in Spanish), currently affecting around 800,000 workers.

Those benefiting from the ERTE schemes are officially considered as employed, meaning they are not counted as jobless. As the unemployment rate in Spain reached 16.13% in 2020, analysts called it “the worst year” in terms of employment in Spain since 2012.

Under the ERTE scheme, the Spanish state gives workers about 70% of their salary and prohibits companies from firing people. In case of fraud or redundancies, companies must return exemptions from contributions to the social security system or risk heavy penalties, said the country’s labour ministry.

However, the high expenses that self-employed entrepreneurs need to cover in order to carry out their activity have resulted in the loss of many jobs or ERTEs in 2020, the ATA report reads.

Salaries and social contributions are two main fixed costs that have created obstacles to maintain the labour force of these entrepreneurs. 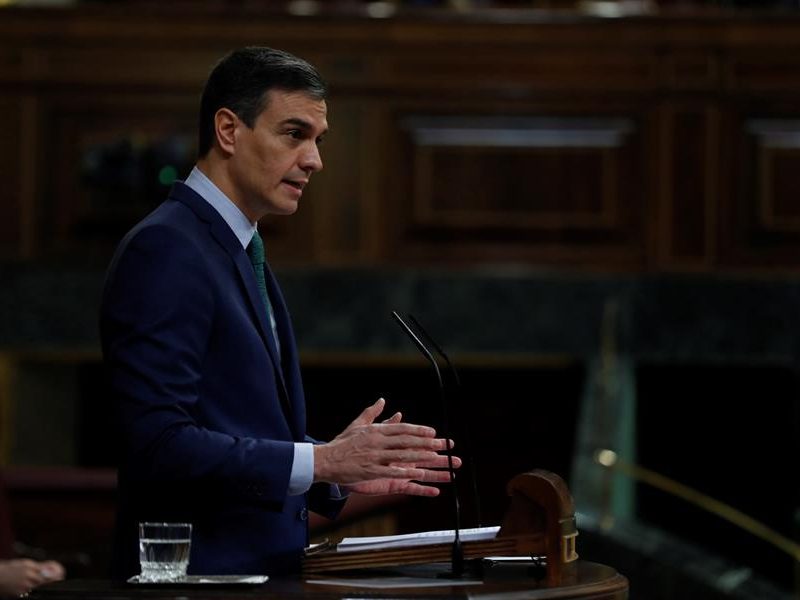 Among the main problems faced by small and medium-size Spanish entrepreneurs are the heavy restrictions imposed by the pandemic, among them nightly curfews and limitations to mobility, which have forced most of them to close their businesses.

Currently, according to the ATA report, two out of three self-employed workers still face some form of restriction that affects their business.

Among the constellation of economic problems aggravated by the pandemic are late payments to services providers, most of them self-employed.  According to the report, one out of three self-employed is affected by this, both in public and private companies.