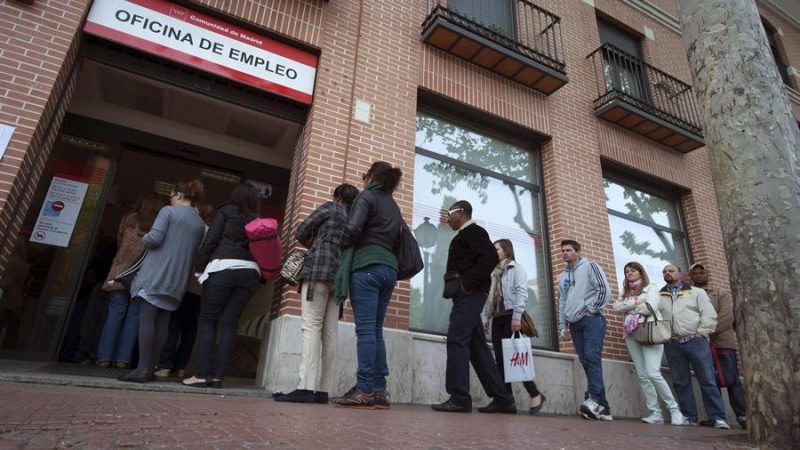 The ambivalent figures are being blamed on restrictions imposed by the government to curb the COVID-19 pandemic. [EFE/Fernando Villar]

Spain lost 137,500 jobs in the first quarter of the year, according to a recent survey published by Spain’s National Statistical Institute (INE). Despite this, both the number of unemployed and the unemployment rate has decreased. EURACTIV’s partner EFE reports.

In March the number of job seekers in Spain fell by 65,800 to 3.85 million, with the unemployment rate hitting 15.98%, according to INE’s labour force survey.

The ambivalent figures are being blamed on restrictions imposed by the government to curb the COVID-19 pandemic. The restrictions, set to expire on 9 May, have rendered 1.1 million people unable to actively seek employment despite being ready to work and so not officially counted among the unemployed.

Spain’s overall labour force has shrunk by 200,000 people, more than offsetting the drop in employment. On the other hand, the fall in the number of unemployed in the first quarter is the largest  since 2001.

According to the survey, 11.2% of employees in Spain were working remotely during at least half of the reference week analysed by the INE.

This figure is higher than in the previous quarter and almost doubles the figure from 2019, when only 4.8% of employees were teleworking.