State of play in social economy finance in the EU 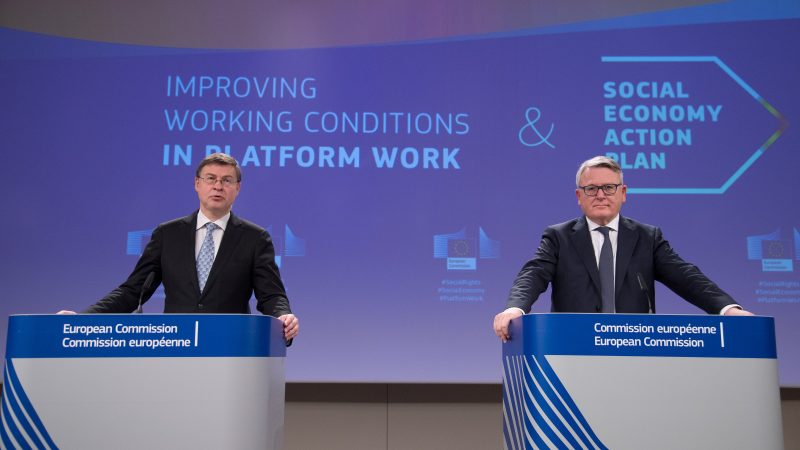 Trying to push the social economy as a flourishing sector of the economy, the EU is using a variety of ways to overcome the tension at the heart of the social economy: How do you attract money to a sector that defines itself as not being about the money?

The problem begins in the very definition of the social economy. While economic sectors can usually be defined by what they produce or by what kind of services they provide, the social economy defines itself by how it does things.

Organisations of the social economy “share the objective of systematically putting people first, producing a positive impact on local communities and pursuing a social cause,” states the European Commission website.

“People before profits,” is how Mathilde Delabie of the trade association Cooperatives Europe puts it.

One way in which this prioritisation can be ensured is through the governance structure of the organisation, as is the case with cooperatives, for example.

“A cooperative is collectively owned, and democratically governed,” Delabie told EURACTIV, arguing that this would automatically lead to different decisions on how the company operates and how it uses its profits.

However, social enterprises can also be incorporated as normal companies as long as they have some sort of collective governance and are credibly pursuing a positive social impact on society. According to the Commission, there are 13.6 million people working in 2.8 million entities of the social economy in the EU.

While social enterprises can differ in their economic sector, their organisational structure, or the kind of social impact they pursue, one thing seems to unite them: The need for funding and the difficulty in accessing it.

Admittedly, companies whose goal is not primarily to make money, do not look like the most attractive targets for investment. This is one of the reasons why the Commission presented an action plan on the social economy in December 2021, with access to finance being one of the key concerns that the plan should address.

The labyrinth of EU funds

In line with the action plan, more funding for social economy actors is made available via EU funding programmes, like the European Social Fund Plus or the InvestEU programme.

However, EU funds are notoriously difficult to access for social businesses even though they are meant for them. At a recent conference on the social economy in Strasbourg, several social entrepreneurs pointed out how complicated it was to access European money.

Many of them do not even try, according to Delabie, who told EURACTIV that “it is extremely complicated” to apply for the funds, especially for small enterprises that do not have the spare resources to dedicate to this.

The Commission even funds organisations that should help social businesses navigate the bureaucratic labyrinth of accessing EU funds.

“We are aware of the problem,” a Commission official told a panel discussion at the social economy conference in Strasbourg.

Although the official said that the bureaucratic requirements were unlikely to be lowered, she argued that a forthcoming “EU Social Economy Gateway” would help social enterprises to access the relevant information all in one place.

“I think it would be very important to have a more centralised database for funding possibilities,” Narmin Aliyeva, the founder of a non-profit Lithuanian language learning platform, told EURACTIV.

Besides the EU funds, there is also private money that is invested in the social economy. To facilitate the task for socially-minded investors, the EU wants to improve the availability and reliability of data on various social aspects of the behaviour of companies.

The details of the directive are currently still being negotiated. Both the European Parliament and member state governments have to agree on the directive for it to come into force.

Moreover, work is being done on a “social taxonomy” that would define what kind of investments can be considered social.

However, progress on the social taxonomy seems to have stalled according to a source involved in the “Platform on Sustainable Finance” that advises the Commission on how to set up and implement the taxonomy.

The intense debates around the environmental taxonomy over the past months show how difficult such definitions can be.