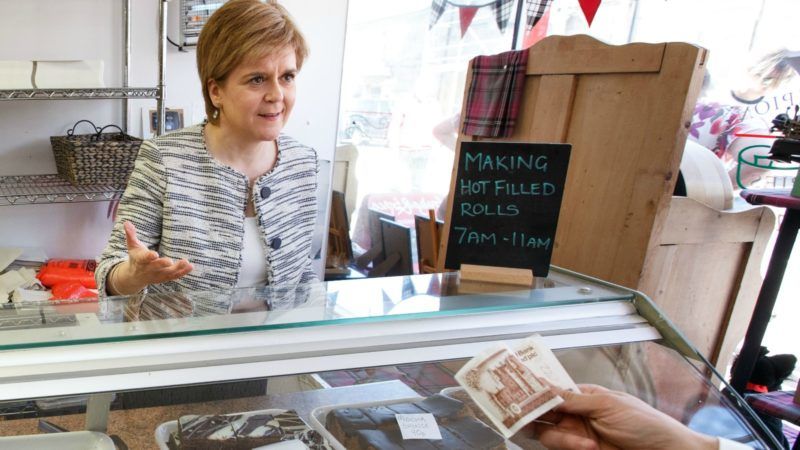 But Sturgeon said it may have to be a “phased approach” and Scotland could initially join the European Free Trade Association along with Iceland, Liechtenstein, Norway and Switzerland.

In fact, all new EU members who joined in 2004 (Poland, Hungary, Czech Republic, Slovakia, Slovenia, Estonia, Latvia, Lithuania, Cyprus and Malta), in 2007 (Bulgaria and Romania) and Croatia in 2013, are under the obligation to join the euro, according to their accession treaties.

#Marr Sturgeon, no member of the EU can be forced into the Euro. Aren't all 'new' members obliged to accept €?

“We have to set out… the process for regaining or retaining, depending on where we are in the Brexit process, EU membership,” she said.

#Marr I was under the impression that any new member of the EU would be expected to adopt the Euro as a condition of entry. Sturgeon lying?

“Now it may be that we have a phased approach,” she added, confirming that Scotland may have to consider EFTA membership first “by necessity”.

Sturgeon has called for a referendum on Scottish independence after she said the British government dismissed her request for Scotland to be given special dispensation to stay in Europe’s single market.

Prime Minister Theresa May has said Britain as a whole is pulling out of the single market in order to be able to limit immigration from other parts of the European Union but wants to keep close trade ties.

“There is a lot of concern, even among some people that voted Leave, that we are heading down the road of a very extreme Brexit,” Sturgeon said on Sunday.

“If you vote SNP you are strengthening my hand to make sure that Scotland’s voice is heard… and we can press the case for Scotland’s place in the single market,” she said.

9 responses to “Sturgeon: Scotland wants to be EU member, but doesn’t want the euro”