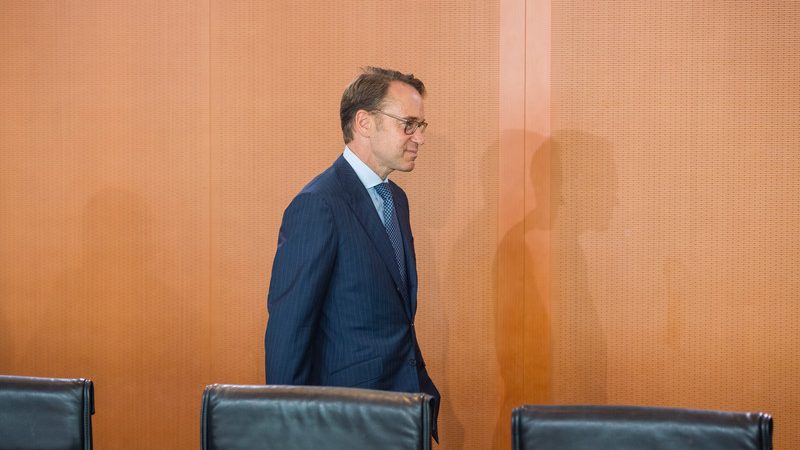 Bundesbank chief Jens Weidmann, who on Wednesday (20 October) announced his decision to stand down more than five years early, led a decade-long fight inside the European Central Bank against the easy-money policies espoused by successive ECB presidents.

Weidmann said he would leave for personal reasons on 31 December, just days after the ECB is set to make a crucial decision on winding down pandemic-era stimulus that has revived growth but also pushed inflation to its highest rate in over a decade.

Back in 2012, the German central bank chief was the lone dissenter when the ECB unveiled plans to help countries in distress after the global financial crisis, saying they were “tantamount to financing governments by printing banknotes”.

In July, he was among a handful of policymakers who opposed the ECB’s pledge to keep interest rates at record lows until inflation stabilises at 2% as part of efforts to stimulate a euro zone recovery after pandemic lockdowns. 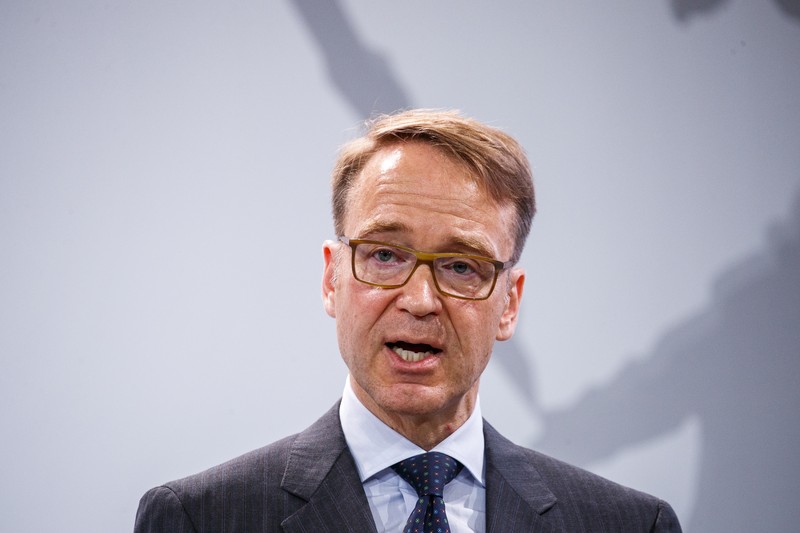 Without naming him directly, former ECB head Mario Draghi once criticised a certain attitude of saying “nein zu allem” – German for “no to everything”. 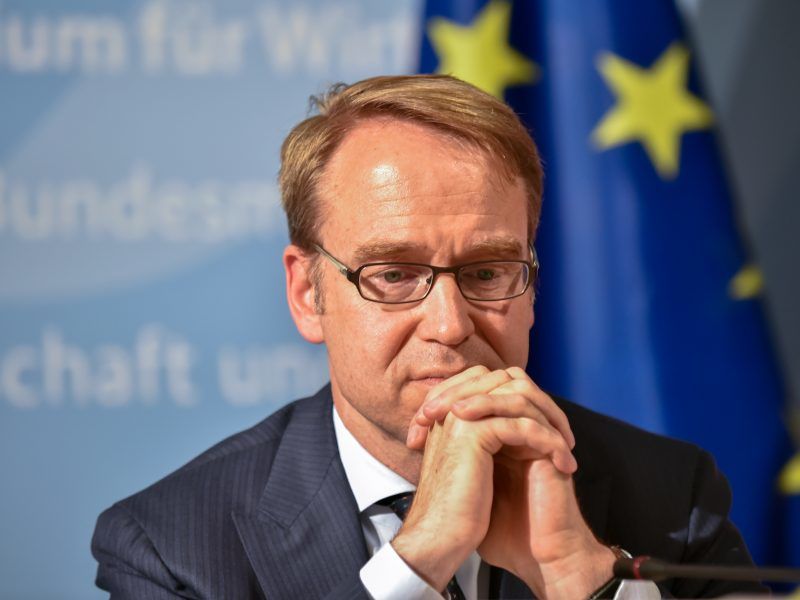 That left Weidmann an often isolated-looking champion of German economic orthodoxy as Draghi’s “whatever it takes” policies saw the ECB buy trillions of euros of bonds and push interest rates below zero in a bid to revive inflation.

Weidmann’s often-aired fear has been that the flow of cheap money would inflate financial bubbles and bankroll already highly indebted euro zone governments.

While many analysts would agree there is some truth in that, the ECB argument has always been that such stimulus was vital to recovery from the financial crisis that began in 2007 and which led the euro zone to the brink of collapse.

He adopted a similar line last year when the ECB under Draghi’s successor Christine Lagarde launched its €1.85 trillion Pandemic Emergency Purchase Programme (PEPP) as COVID-19 shut down much of Europe’s economy.

“The first ‘P’ in PEPP stands for pandemic, not permanent, and for a good reason,” Weidmann said only last month of the bond purchase programme, which is due to end on 31 March.

A speaker of fluent French and some Italian, Weidmann was often at the opposite end of policy arguments to his peers from southern Europe, with Dutch central bank head Klaas Knot his most frequent ally among policymakers from the “frugal north”.

Observers said that despite his convictions, Weidmann was constructive in his criticisms of the ECB, which sets monetary policy for the 19 countries that use the euro currency.

“And the fact that most of the time, he remained constructive, despite his opposition, allowed the ECB to be more proactive and more efficient.”

In June, Weidmann surprised a central banking conference by softening his opposition to the ECB taking an active role in the fight against climate change by tilting its huge purchases towards ‘green’ assets, a shift championed by Lagarde.

His farewell message to Bundesbank staff nevertheless lobbed a fresh warning on the perils of inflation into the debate about when and how the ECB should start to wind down its COVID-19 emergency stimulus.

The timing of his departure coincides with that of German Chancellor Angela Merkel, whom Weidmann advised on economic matters before being picked to run the Bundesbank in 2011. He was appointed for another eight-year term in 2019.

His successor will be chosen by the new German government, likely to be led by current finance minister Olaf Scholz, whose centre-left Social Democrats are in coalition talks with Greens and liberals after winning last month’s election.