The bankers of the social economy 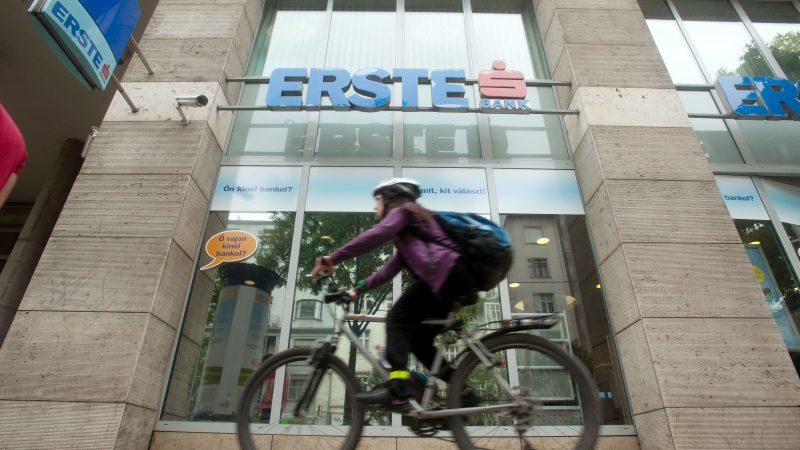 The social finance division of Erste Group is aiming for a "Black Zero", according to Peter Surek, who heads the division. [SZILARD KOSZTICSAK (EPA-EFE)]

From the EU Commission to the European Investment Fund, banks and venture capitalists, and then social enterprises, money changes hands many times before reaching its final destination.

The social economy is not the most obvious business case, hence why the EU tries to support it with its own funds. However, large amounts of public money might also tempt corrupt behaviour, so the EU introduced a variety of controls to make sure that the money is used correctly.

However, if the social entrepreneurs gathering at the social economy conference in Strasbourg in early May are representative of the sector, the requirements make it very difficult for individual social businesses to figure out how to access EU funds.

The many steps of social economy finance

The EIF, in turn, does not disburse the money directly to the organisations that need it but provides budget guarantees to financial intermediaries who then lend it to the companies.

Asked about why this process had to take all these steps at the social economy conference in Strasbourg, the EIF’s Deputy Chief Executive Roger Havenith argued that the multi-step process made sense as neither the Commission nor the EIF had the local expertise to decide on financing individual companies and organisations.

“The financial intermediaries are closer to the ground,” he said, adding that all the paperwork the social enterprises complained about was necessary to make sure EU money was well-spent.

Complexities on the ground

One of these financial intermediaries is Erste Group, an Austrian savings bank with a large presence in Central and Eastern Europe. Its head of Social Banking, Peter Surek explained to EURACTIV why financing social businesses are more complicated than financing regular businesses.

“In social businesses, there are different revenue sources. Some of them have donations, some receive subsidies, and some have their normal business revenues. For all of these cases, we have to analyse how stable they are.”

“There is this complexity with donations and subsidies, which usually is not the case with regular businesses,” he said.

The social enterprises and organisations usually recur to his bank when they need a loan for an investment or to bridge a liquidity gap in their day-to-day operations.

“But what is also very important is bridge financing,” Surek told EURACTIV, explaining that many organisations have received a contribution from EU funds or an EU project, but the money has not been paid out yet.

“Our loans allow the companies to pay the salaries and the running costs until the EU funds are paid out,” he said.

Patient capital for the valley of death

Equity or quasi-equity is another way to pump money into the social economy. Markus Freiburg, founder of the “Financing Agency for Social Entrepreneurship” (Finanzierungsagentur für Social Entrepreneurship, FASE), explained that “patient capital” was needed to scale up the operations of a social enterprise to a decent and self-sustaining size.

“We see that the majority of the investors are waiting at the end of the pipeline. Everybody wants to invest in social enterprises that have been around for five years, have revenues of more than one million and are already making a profit,” he told EURACTIV.

But to get to this point, social enterprises have to pass through a “valley of death”, as Freiburg calls it, in which only very few willing investors can be found. Through this valley, he and his agency try to accompany companies with funding supported by EU guarantees.

Not so lucrative, but that’s not the point

Both Surek and Freiburg say that financing in the social economy is and cannot be very lucrative. Surek’s Erste Group wants to achieve a “black zero” with its social finance division, meaning that it aims to cover its costs but not much more.

Given the bigger risk of equity financing than debt financing, investors that Freiburg’s FASE accompanies in their social economy investments expect to earn a decent return. However, it is still below normal venture capital returns, which for some “impact investors” is difficult to accept, according to Freiburg.

“In the impact investing field, many people seem to be stuck in the neoliberal thinking of the 80s somehow, because they still believe that major societal issues can be solved by business models and that these business models can bring market-like returns.”

“I think we have to be more realistic,” Freiburg told EURACTIV, arguing that it is already a good result if social businesses manage to produce a return on investment.