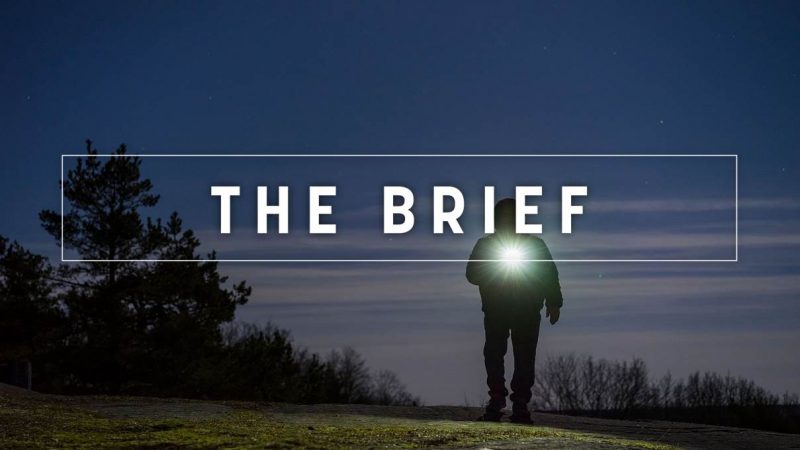 Although the EU remains absorbed by Brexit negotiations, it finally had its wake-up moment. Like the detective played by Chazz Palminteri in ‘Usual Suspects’ (no spoiler included), the bloc has suddenly connected the dots.

From the single market to trade, from industrial policy to innovation, the Union is embarking on a reassessment of the main pillars of its economic strategy.

Because the world is becoming less the rules-based system the Europeans are still fighting to protect, and more the Wild Wild West where the biggest players are calling the shots.

The US under Donald Trump is no longer the close ally that helped guard the global order, but a blackmailer and an unfair partner ready to shoot.

But it is the rise and expansion of China and its leading companies that triggered the member states’ urgent need for action.

Beijing has been restricting the access of foreign companies to its markets and failing to protect their intellectual property for years.

But it is the state-driven strategy (China 2025) to become a hegemon in the digital era, and the potential risk of cyber espionage through their global firms like Huawei, that made the Europeans ‘fall from the horse on the road to Damascus’, as one diplomat put it.

While Trump is leaning toward escalating the trade war by slapping new tariffs on European cars, the EU described China as a ‘systemic rival’.

Meanwhile, the attempts to bolster the multilateral system by reforming the World Trade Organisation have been futile so far.

But rather than feeling alone in the dark, Europe is “the only one in the light”, Commission vice-president Jyrki Katainen said today.

For him, the horizon is not as dark as it seems. “There are certainly challenges, but also many work streams which are moving forward,” he told reporters.

He hoped that Europe will progress on rebalancing its trade and economic relationship with China, while both sides cooperate in other areas, from climate change to security.

As for the US, it is “too early” to say that the trade discussions are doomed to fail, he believed.

And though the WTO reform is a problematic issue, given the opposition from Washington, China, Japan and the EU are still pushing for an overhaul of the organisation.

But while the Commissioner may be hoping for the best, members states want to prepare for the worst, primarily, by creating European champions that could stand and face the growing competition from US and Chinese companies.

However, not every capital feels comfortable with the Franco-German proposal to weaken the EU competition rules and allow for a surge of these European titans.

Instead, the EU leaders will discuss the relaunch of old initiatives (a new International Procurement Instrument) and come up with new ones (anti-subsidies measures) in order to survive in this ultra-competitive world, with fewer allies, more instability and uncertainty.

Growing at the cost of European consumers by allowing controversial mergers seems to be a self-defeating strategy.

But it could be an even greater risk to delay again the completion of the single market, or have half-hearted measures to ensure the level playing abroad or support European cutting edge industries at home.

When the rules or the game are set, you mustn’t arrive at the table too late, or with too little ambition.

Brexit aside, the week is full of geopolitics. Oslo is at odds with Moscow as it says it has electronic proof that Russian forces disrupted GPS signals during recent NATO exercises, and has demanded an explanation from its eastern neighbour.

Fasten your seatbelts: the two crashes involving Boeing’s MAX 8 aircraft have triggered an investigation into whether the two fatal accidents were linked. The EU’s safety agency wants to be involved more.

Without the prospect of joining NATO, the North Macedonia name change deal with Greece would have been a non-starter because the EU side has not been delivering on its promises, a high-ranking official said.

Germany and Belgium put forward a joint proposal for a European annual rule of law monitoring mechanism, meant to be applied in parallel to the already existing Article 7 procedure.

Foreign affairs ministers expressed their “full support” for the EU’s new stance toward China as the bloc seeks to re-balance its economic and trade relationship with Beijing.

A scare hit the heart of BrusselsEU quarter today. In other bomb threat news: German police are investigating the Bonn office of Axel Voss, the MEP leading the controversial copyright directive, after he was the subject of a threat last week.

Kazakhstan’s first and only president so far, Nursultan Nazarbayev, surprisingly resigned after 29 years in office.

French Green Party rep Pascal Durand will join forces with Emmanuel Macron at the upcoming EU elections. He spoke to EURACTIV France about the team-up.

According to a joint report by Europe’s intellectual property office and the OECD, 6.8% of EU imports are counterfeit and pirated goods. The Commission, meanwhile, has reassured member states about meat market crisis risks.

The European People’s Party summit in Brussels, where leaders may decide to expel Viktor Orbán’s Fidesz party, temporarily freeze its membership, or just do nothing. Watch this space…