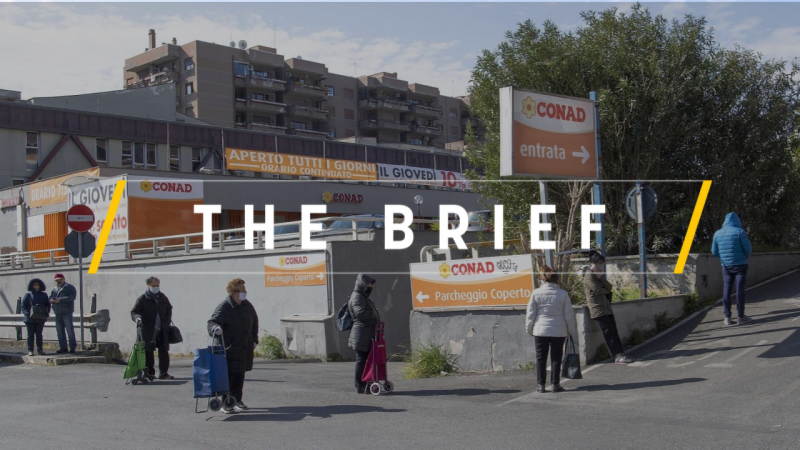 A few months ago, the universal basic income was a left-wing pipedream. Now governments across Europe and beyond are preparing to pay people between 60% and 80% of their salary for the next few months.

Factories are being converted to mass-produce surgical masks and other protective equipment. State aid rules have been re-written to allow massive state support for strategically important firms.

But this triumph for state socialism is not the result of a single election. It is courtesy of Comrade Corona.

The effects of the coronavirus pandemic have already torn up political and economic norms.

Just imagine: in the UK, it is the most right-wing Conservative MPs who have been urging Boris Johnson’s government to increase its financial support for companies, employees and the self-employed.

They argue that because the state is substituting the role of the market, there is no risk of inflation, the dirtiest word in the dictionary of the fiscal hawk. The same is true across most of Europe. The multi-billion-euro stimulus and rescue programmes enjoy cross-party support.

The embrace of a command economy by governments of all ideological stripes may only be temporary but its effects will be long-lasting. Even if the lockdown only lasts weeks rather than months, the rescue packages and the unprecedented diminutions of free movement will not be unwound any time soon.

The EU’s debt and deficit rules in the Stability and Growth pact have been thrown out of the window. Debt burdens which had been edging down in most countries (though not Italy), will soar. The EU average debt-to-GDP ratio will probably be close to 100% this time next year. The pact itself will probably need a long-overdue re-writing.

Social distancing measures of some sort may be in place for many months. So, too, will be much tighter controls at the borders. Unfettered free movement, another of Europe’s most prized shibboleths (and rightly), has been suspended and is unlikely to fully return any time soon.

The longer this new state we’re in exists, the more inevitable it is that public expectations from governments will radically change.

Right-wing governments will no longer be able to argue that massive investment programmes are unaffordable. The magic money tree not only exists, but the pillage of its fruits is being actively encouraged.

Robert Halfon, a Tory lawmaker, says the UK is now ‘a moderate social democratic state’ and that “whilst austerity is dead, the age of social democracy will be with us for a long time to come”.

He’s right. But once this crisis is over, there will be a blank canvas for a new generation of politics.

The Green Deal remains a flagship policy of the von der Leyen Commission and the EU should aim for a post-COVID-19 recovery that is green and sustainable, Commissioner Janusz Wojciechowski told EURACTIV.com in an exclusive interview.

MEPs almost unanimously backed two packages of financial support for countries affected by the coronavirus outbreak on Thursday. They also scrapped ‘ghost flights’, which may actually have an impact on how we predict the weather…

EU leaders clashed over how best to handle the economic fallout of the virus and passed the hot potato back to the Eurogroup. They did manage to at least ask the Commission to prepare “a comprehensive recovery plan” that mixes green and digital aspects.

Eurogroup meeting next week (date to be confirmed).