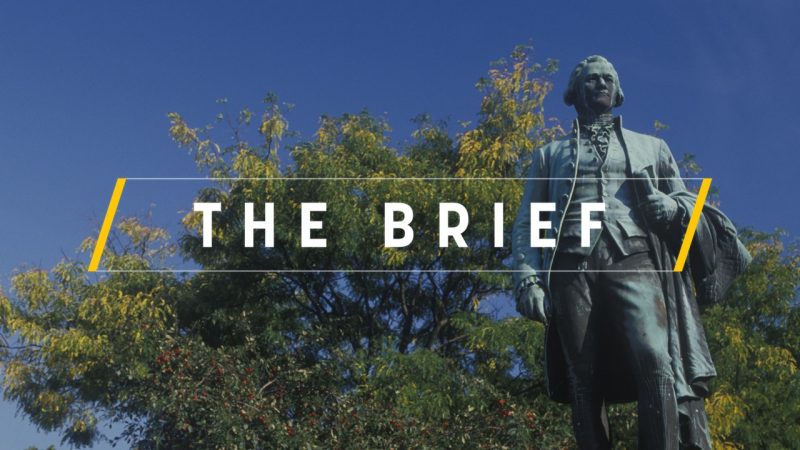 European leaders are not only making use of their military jargon to combat the virus, they are also taking unprecedented measures: Europe closed its external border, its fiscal rules were ‘paused’ and member states are passing fiscal stimuli not seen even during the Great Recession.

Europe needs its Marshall Plan, as in the post-war years, to recover its economies, said the OECD, the descendent of those who had handled the US plan in Europe decades ago.

At the heart of this plan could be the joint issuance of debt, the ultimate forbidden fruit that now looks within reach.

An agreement on the stimulus could come as early as this week, as leaders and their finance ministers are set to try and reach an agreement on its shape and size.

New tools for the EU’s bailout fund (ESM), such as credit lines with ‘light’ conditionality, and selling ‘coronabonds’ will be on the table, even if these temporary eurobonds are still a hard pill to swallow for a few countries, especially Germany and the Netherlands.

But there cannot be a clearer case for European solidarity. This crisis was not triggered by reckless expenditure in the South, but by an unforeseen shock that is affecting us all and is beyond the governments’ control.

And still, solidarity is in short supply, like masks and ventilators.

Eurobonds have been a longstanding battle not only for federalists but also for those who have warned of the risks of an uncompleted economic and monetary union.

In the midst of the euro crisis in 2012, the opponents fought back against the many who called for eurozone obligations. Nein “as long as I live,” said Angela Merkel

But the German chancellor has now admitted that the current situation has surpassed the Great Recession, and could only be compared with the post-war years.

In the aftermath of its Revolutionary war, the US also decided to pool the debt of its 13 states.

Secretary of Treasury Alexander Hamilton convinced Virginia’s James Madison and Thomas Jefferson to issue the Treasury bonds. In return, the capital went to the Southern states.

The compromise, struck during dinner now popular thanks to the musical, has been one of the favourite history episodes for the author of this Brief (who could not avoid writing about it during the euro crisis).

Like in those days across the Atlantic, what is at stake today is not only raising money among investors. Many are questioning the European solidarity – not really on display during the crisis until now – and therefore even the relevance of the Union as a whole.

As member states turned their back on requests for help from Italy and Spain, the void is being filled by China and Russia.

“The spirit of solidarity is now more important than ever,” Health Commissioner Stella Kyriakides tweeted on Sunday.

“It’s at this difficult time that the principle of solidarity on which the European project was founded must be valued,” wrote Spain’s central banker Pablo Hernández de Cos over the weekend.

Hamilton’s treasury bonds saved the first Republican experiment of modern history from bankruptcy before it stood firmly on the ground. EU leaders should learn the lesson and reconsider old taboos. ‘Coronabonds’ would be the strongest signal that Europe is bolstering a fading solidarity.

The COVID-19 pandemic is having a dramatic impact on Germany’s demand for electricity. According to initial projections, Germany could emit between 50 and 120 million tons less CO2 this year, meaning it could even exceed its climate target.

Austria’s economy has come to a standstill since the government closed down almost all its businesses due to the corona pandemic. To get companies through the dry spell, it is filling a crisis fund with €38 billion. Dormant companies are to be kept alive artificially so that the economy can start up again after the crisis.

The coronavirus has already done more to unravel a borderless Europe than all the far-right politicians combined. The pandemic only reaffirmed Politics 101: only strong and effective states are able to cope with crises.

Governments around the globe are quickly designing some of the biggest economic stimulus plan ever seen in peacetime in response to the COVD-19 pandemic. But while the health crisis has forced all concerned to take swift action, we are still moving too slowly when it comes to the climate crisis.