The Brief – How much to pay for the EU? 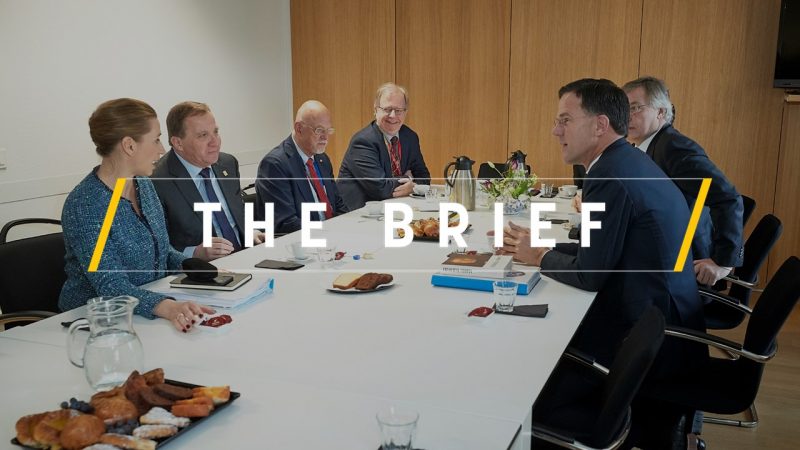 The tortured negotiations over the EU’s long-term budget, which turned into a Turkish bazaar, clearly show that EU leaders no longer agree on the added value of the bloc and confirm a slow decay of the project that was signalled by the UK’s departure.

Following more than 27 hours of talks, the 27 EU leaders failed to reach an agreement on the multi-annual financial framework for 2021-2027. Almost from the start, last week’s summit marched to the tune of a bloc of net contributors known as the ‘Frugal Four’ (Netherlands, Austria, Denmark and Sweden).

The intense talks were mostly about how to pare back European Council President Charles Michel’s already conservative proposal, until the large majority of governments advocating a more ambitious budget said ‘enough is enough’. The bitter differences among leaders have, thus far, made it impossible to schedule the date for another summit.

The ‘Frugal Four’ said Michel’s draft budget amounting to 1.074% of the EU’s GDP (€1,094 billion) must lose some weight, slashing up to €80 billion allocated to farmers and Cohesion funds.

Their staunch refusal to increase their contributions could be understood only if what they get in return was negligible, or the EU was merely expensive ‘accessory’ in today’s world.

But as relatively small nations, they benefit more from the internal market and Europe’s trade deals across the planet than many of their peers.

Their size also makes them incapable of dealing with urgent challenges including global warming, Europe’s diminishing global power or migration, as is also the case for any other member state.

Michel proposed cutting by 14% and by 12% Agricultural and Cohesion funds, respectively, compared with the current seven-year budget, to finance the long list of priorities Europe is facing.

In addition, he proposed a €0.02 increase per capita per year.

Portugal, one of the leading voices of the opposite camp of ‘Friends of Cohesion’ would contribute  €2.01 billion, significantly more in relation to its GNI (0.99%).

A diplomat from one of the ‘Frugal Four’ said the issue is not merely the money, but a common understanding of what should be financed at the EU level and what should be done at national level.

Unfortunately, EU leaders don’t agree on this fundamental question. Some of them said there’s a decreasing appetite for the EU among their voters, as the last Eurobarometer somehow confirmed. But as long as the European project remains half-baked, nobody would want to taste what is coming out of the oven.

The ‘ever closer union’ has been in the freezer for years, and there is no common view on how to complete the monetary union or deal with some of the most important challenges.

Against this backdrop, it is almost an illusion to believe that some countries would think about their contributions to the EU coffers beyond what they get in return from Brussels.

“Yes, there’s a transactional ‘bread and butter’ element. Member states all benefit from the Single Market, the monetary union and the free movement of people,” said Dutch prime minister Mark Rutte in June 2018.

“But it’s just as important that the EU ensures security, stability and the rule of law. The mere fact that we work together, that we’re embedded in this Union, it makes us stronger, safer and more effective.”

Ensuring those values today transcends the cost some leaders are ready to pay. A marginal percentage of our GNI should not be an obstacle for remaining “stronger, safer and more effective” in this turbulent and competitive world.

Before you read our other stories, you might want to take a look at our weekly newsletters on global affairs, agrifood and digital policy.

As the coronavirus spreads in Europe, the US military is bracing for a possible spike in cases in Germany, which might put thousands of troops on lock-down or restricted movement across the continent.

Trade talks between the EU and the UK start next week, with thorny issues like state aid and fish set to complicate matters. A fight brewing over environmental standards may make an agreement by year’s end even more difficult to come by.

Twenty-three European countries signed a letter of intent for a European spy facility, completing the creation of a network of intelligence agencies on the continent.

As we approach the 50th anniversary of the Treaty on the Non-Proliferation of Nuclear Weapons (NPT) in March, the UN is preparing to review the accord amid growing signs that divisions and distrust are rife among countries that possess nuclear arsenals.

The UK has threatened to walk away from Brexit trade talks and head towards WTO trading terms with the EU if a draft deal is not in place in June, according to the mandate published by Boris Johnson’s government.

A British appeals court said that a proposed expansion of Heathrow airport is illegal because it is not in keeping with the government’s own climate policies fixed under the Paris Agreement.