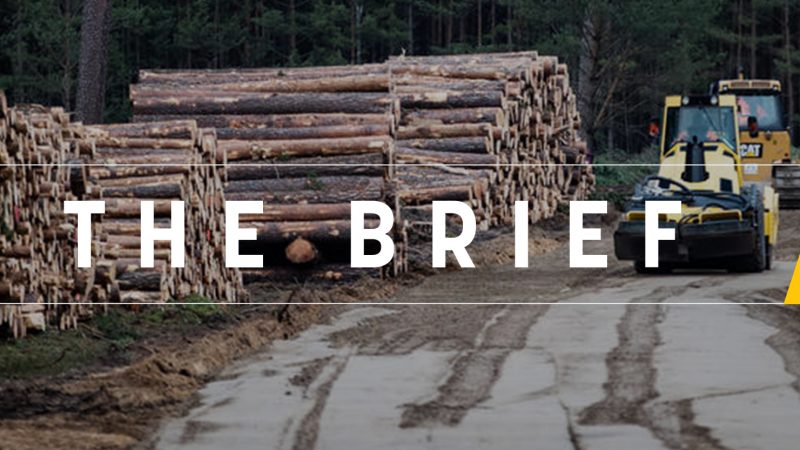 The issue of who will be the CDU’s next leader is not the only fertile ground for political discussion in Germany these days. The future Tesla construction site on the outskirts of Berlin has prompted a debate of equal intensity.

The debate goes beyond the simple dichotomy of economy versus ecology. In fact, it further blurs the traditional post-war German political landscape we have become so accustomed to.

But first things first, what is happening at the gates of Berlin?

American electric car manufacturer Tesla is planning to build a ‘Gigafactory’ on a 300-hectare site in the municipality of Grünheide near Berlin, which is expected to begin in 2020 with production targeted for 2021. It says it will employ up to 12,000 people. A godsend for a region that otherwise has bleak economic prospects.

Tesla had already begun clearing part of a forest on the grounds of its future plant when the Higher Administrative Court of Berlin-Brandenburg issued an order to temporarily halt the cutting of the trees, following a complaint filed by the Brandenburger Green League, a local environmental group.

The immediately prompted widespread frustration in Berlin, particularly (but not only) among conservative politicians and business associations, who fear the Tesla case has the potential not only to become an embarrassing farce for the Berlin/Brandenburg region but to damage Germany’s image as a prime industrial location.

That sense of anger is also spreading among members of the Greens. “Turning a pine plantation into a battlefield is absurd. It has nothing to do with nature conservation,” Green Party deputy faction leader Oliver Krischer told EURACTIV’s media partner Tagesspiegel.

For the record, the pine plantation currently serves the production of cardboard. The  Brandenburger Green League, Krischer said, wants to abuse species protection law for its own purposes.

Berlin’s Green Senator for Economics, Ramona Popp, said she wanted to see more “future investment by Tesla” instead of a “pine plantation”.

Thus, the current debate around the Tesla site marks a reshuffling of Germany’s political card deck.

While conservatives from the CDU/CSU are – painfully – realising they should not ignore climate and environmental issues, unless they want to face a political fiasco, the German Greens are increasingly showing a more pragmatic, business-friendly and less eco-party face.

With this new, more liberal course, the Greens are also investing in their own future, for example in Hamburg, where city-state elections on Sunday (23 February) will pose the next tough test for the political establishment.

Artificial Intelligence technologies carrying a high-risk of abuse that could potentially lead to an erosion of fundamental rights will be subjected to a series of new requirements, the European Commission announced on Wednesday as it presented its digital strategy.

In the strategy, the Commission committed itself to fostering ‘Technology that works for the people’ by increasing the digital prowess of European citizens and companies, doubling down on the market power of tech giants and tapping into ICT’s potential for sustainability.

The EU budget talks on Thursday will pit countries seeking more funding to sustain traditional policies against the “frugal four” who want to refocus EU spending and finance new priorities.EURACTIV brings you an overview of all key budget issues.

And there is also a video explainer of the EU’s seven-year budget.

The number of countries opposing the EU mobility package grew from six to nine on Tuesday, the transport ministers of Bulgaria, Hungary, Poland, Lithuania, Latvia, Lithuania, Romania, Cyprus, Malta and Estonia made their positions clear in Brussels.

EU27 leaders start debating the next seven-year budget at a special EU summit.