The Brief – Keep the goods flowing 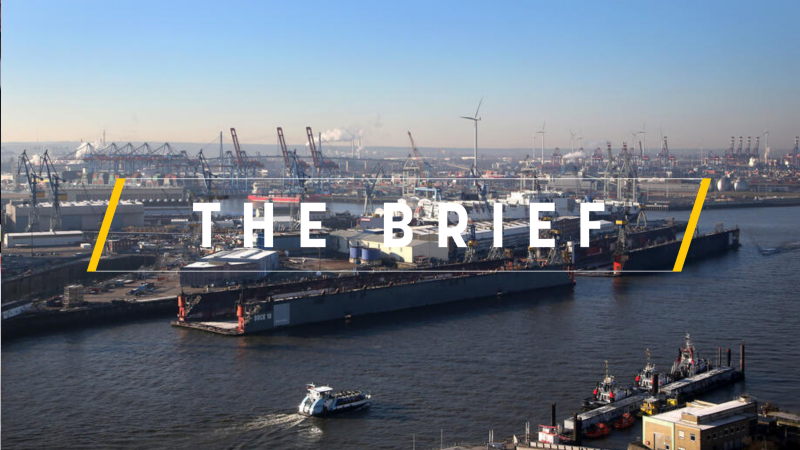 Keeping the trade flowing. It sounds simple enough but it is vital if Europe, and the wider world economy is to recover from the coronavirus pandemic.

On Wednesday (20 May), the World Trade Organisation (WTO) said that its goods trade indicator had fallen to the lowest level since its launch, indicating that global trade was likely to fall “precipitously”.

The WTO and other international agencies are, rightly, urging countries and regional blocs to keep their borders open and avoid protectionist measures such as export bans and import subsidies.

The WTO’s warning is hardly a surprise. Lockdown measures across most of the globe create problems all the way through supply chains. Manufacturing and harvesting of goods and produce are badly affected, and so is the transport of those goods. Logistics firms have reported that many of their fleets have either stopped or are operating more slowly.

‘The issue is not the supplies but the transport of those supplies,’ says the World Food Programme’s chief economist Arif Husain.

While oil, copper and other commodities have seen price falls, staple crops have, for the moment, not experienced the same decline. That will encourage some countries who import food to build their agriculture markets to become more self-sufficient, as countries across the world move to maintain their food stockpiles.

But resource nationalism is not the answer either. “Starving your neighbour is never a wise idea,” says Husain.

Although Europe does not face a food security problem, there are warning signs that there could be shortages of some staples. India’s rice exports have fallen dramatically as a result of its own lockdown, while Vietnam, the world’s third-largest rice exporter, has restricted sales amid concerns over domestic availability.

Similarly, grain-importing nations will be dependent on this quarter’s supply before the US releases its autumn harvest onto global markets later this year. In both cases, there is the risk of higher prices that will hit consumers’ wallets at a time when their incomes are under pressure.

One of the products of the 2008-09 financial crisis was a sharp increase in protectionism as governments rushed to protect their industries. That, in turn, contributed to the double-dip recession that hit three years later.

As it stands, leaders appear unlikely to repeat those mistakes.

Ursula von der Leyen’s European Commission has continued to push forward with its free trade agenda. So, too, has the UK, even though a swift injection of political will and compromise will be needed to avoid a self-defeating and expensive ‘no deal’ scenario in its trade talks with the EU in the coming months.

Economic recoveries are seldom smooth. If the EU and wider economy is to achieve the V-shaped recovery we all need, leaders need to ensure that trade keeps flowing.

After several delays, the EU’s new flagship food policy was finally released, confirming the aspiration of the EU executive to transform the European way of producing, distributing and consuming food.

The long-awaited EU Farm to Fork (F2F) strategy unveiled a highly anticipated 50% target for the reduction of pesticide use and risk.

The COVID-19 pandemic has left its mark on the EU’s flagship new food policy, as the Farm to Fork strategy (F2F) demonstrated a renewed interest in food security to ensure the supply during crises of any nature.

Enlargement Commissioner Oliver Várhelyi confirmed to EU lawmakers that the publication of the European Commission’s enlargement package has been postponed until autumn due to the COVID-19 pandemic, but the negotiating framework for Northern Macedonia and Albania will go ahead as planned in June.

The €500 billion Franco-German EU recovery plan is too generous, according to the “Frugal Four” countries, who are working on a counter-proposal insisting on loans instead of grants and subsidies, diplomatic circles confirmed to EURACTIV Germany.

France, the Netherlands and Austria want to put environmentally friendly conditions on aid for corporations. In Germany, companies themselves are calling for a climate stimulus package, yet Economy Minister Peter Altmaier is hesitating.

The economic fallout of the coronavirus pandemic has hit the European economy hard, but not equally across all countries and sectors, and the fragmentation could lead to a social crisis, European Commissioner for Jobs and Social Rights Nicolas Schmit warned.

Belgium’s Poison Control Centre has recorded an increase of 15% in the number of calls it receives since the COVID-19 outbreak in mid-March, as people have increasingly started experimenting with hazardous substances.

The European Commission’s promised green recovery plan will focus on building renovation, renewables and hydrogen as well as clean mobility and the circular economy, according to a leaked working document obtained by EURACTIV.

The Brief takes a break tomorrow due to a public holiday in Belgium and is back for you on Friday.