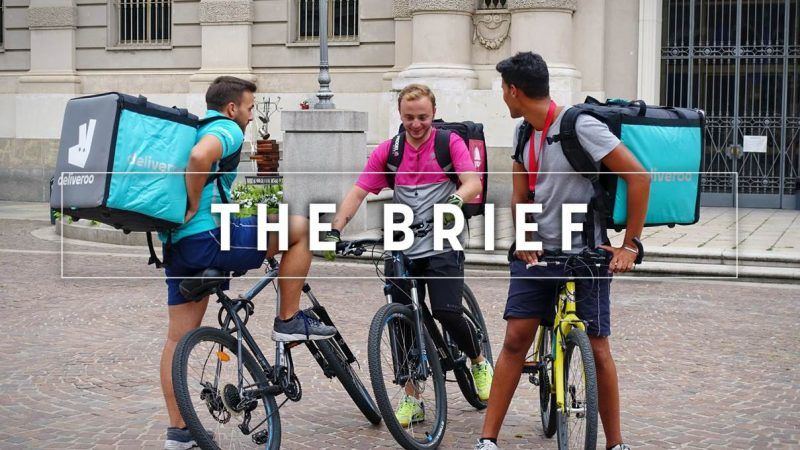 Almost a decade after the Great Depression, George Orwell wrote in ‘Road to Wigan Pier’ about the “deadening, debilitating effect” of unemployment

He also noted how employment figures underestimated the dreadful living and working conditions of coal miners, the pillars of industrial Britain.

“All of us really owe the comparative decency of our lives to poor drudges underground, blackened to the eyes, with their throats full of coal dust, driving their shovels forward with arms and belly muscles of steel,” he wrote.

Ten years after our crisis, new jobs are not only created but salaries are also starting to grow in Europe, ECB president Mario Draghi told MEPs on Monday.

Since 2013, 9.2 million jobs have been added. In some countries and sectors, employers find it difficult to hire workers. Annual growth in negotiated wages increased from 1.5% in 2017 to 2.2% in the last quarter in the eurozone.

This is very good news compared to the social cataclysm provoked by the banking meltdown. Unemployment peaked at 12% in the euro area. Youth unemployment surpassed 50% in Spain and Greece. Lithuania and Latvia lost more than 17% of their population as they left for a better future elsewhere.

Falling wages pushed up inequality in the EU, after it had been on the decline for more than 15 years.

But the reality remains mixed. Salaries are not picking up as fast as they should, especially when you look at how quickly bankers recovered their bonuses. Unemployment remains stubbornly high among Greeks and Spaniards, while other countries, like France, have serious problems to create more jobs.

Inequality is falling in the EU as a whole, but primarily because Eastern European countries are catching up with the older member states.

And the new entrants to the labour market mostly access temporary jobs, which, in turn, continue to aggravate inequality.

Things will get more difficult as the digital revolution continues to spread. The debate is no longer about whether artificial intelligence and smart robots jobs would create or destroy jobs. Instead, experts and policy-makers plan how to train workers for new tasks that will appear.

The Commission focused this year’s recommendations to the member states on improving the opportunities and access to the labour market, providing the right skills for the next generation of jobs and strong social safety nets.

Today’s Europe is far from Orwell’s England. The conditions of coal miners are not comparable to those of Uber drivers or Amazon employees. But the digital world has dramatically changed the working conditions while we remain stuck with a welfare state from the last century.

Besides, the EU continues to miss its added value in providing a European unemployment scheme for all its members.

The idea is partly back at the table as it was included in the Franco-German agreement signed in Meseberg.

But work on this front and on improving the resilience of Europe’s human capital should progress much faster.

Because when the next crisis comes, and it will, the pain will once again be unfairly shared. Europe should do a better job so young adults, the ‘coal miners’ of the digital revolution, would not have to sweat their way out the pit.

Globalisation, technological innovation and new demographic trends are changing the global, European and national labour markets. These developments will bring significant challenges, but also unparalleled opportunities. Read AmCham EU’s recommendations on how we can ensure the future of work works for everyone.

Is UK’s Labour Party Britain’s Syriza? Fair question as party leader Jeremy Corbyn looks to learn from the Greeks. At their annual conference in Liverpool, the party is caught in the midst of seeking direction – escape rooms included.

Meanwhile, the European left forges out plans to take over the Social Democrats in next year’s EU elections as “the only alternative” to the conservatives.

British intelligence services have admitted to wrongdoing in their admission today that they have been spying on the UK charity, Privacy International, an NGO that aims to, ironically, promote the right to global privacy. They are not happy.

With efforts continuing to solve the simmering name dispute and ahead of a crucial referendum on the name change, Macedonia’s PM Zoran Zaev highlights the economic benefits of such a move.

The remaining parties to the Iran nuclear deal are working to keep the agreement afloat. They agreed to keep working to maintain trade with Tehran despite US sanctions to choke off Iranian oil sales resume in November.

The eurozone should prepare for US and China protectionist measures if they materialise, European Central Bank chief Mario Draghi told MEPs.

The French government is thinking about taxing foreign heavy goods vehicles but François de Rugy, the new minister of ecological transition, denies the return of a “green tax”.

EU member states and not the Commission will decide on agriculture innovation after 2020, not Brussels, EU’s Agriculture Commissioner Phil Hogan told EURACTIV Romania in an interview.

And the European Parliament has its first accredited four-legged friend. Dinky the pony is a guide horse that assists Monique Van den Abbeel, who enlisted the help of MEP Hilde Vautmans to help draw attention to the visually impaired.