The Brief, powered by MPE – An empty tool-box 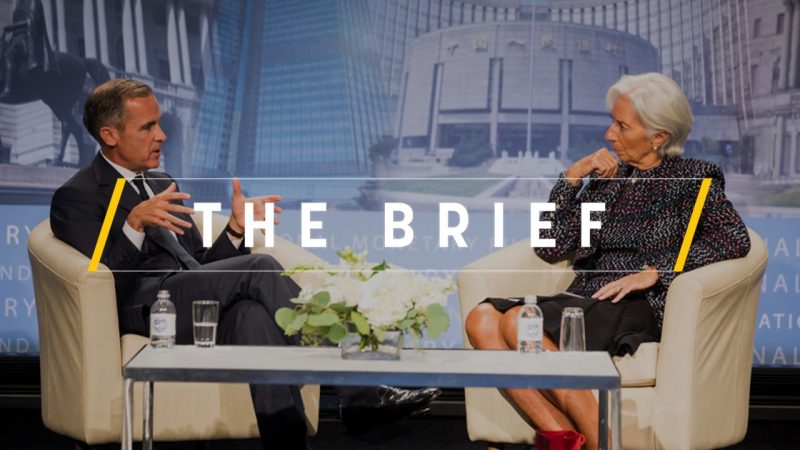 ‘We’ve run out of money’ is the message influential central bankers are passing on to government leaders.

Though the EU economy is expected to grow in 2020, albeit by a meagre 1.2%, several of Europe’s major economies are on the brink of recession and it would not take much additional economic headwinds to prompt a recession across the bloc. This time, however, there will be little that central banks can do to cushion the effects.

Almost all of the credit for dragging Europe out of the double-dip recession following the 2008-09 crash must go to the likes of Bank of England Governor Mark Carney and European Central Bank chief Mario Draghi, both having finished their mandates now, for stimulating some demand by slashing interest rates and pumping money into the economy. They acted alone.

Meanwhile, the finance ministers with room to stimulate their economies chose not to do so, while others have been pre-occupied with satisfying the European Commission that they are keeping their budget deficits below or close to the 3% limit in the Stability and Growth Pact.

“There’s much less ammunition for all the major central banks than they previously had and I’m of the opinion that this situation will persist for some time,” outgoing Bank of England boss Carney told the Financial Times on Tuesday.

“If there were to be a deeper downturn…then it’s not clear that monetary policy would have sufficient space,” he added.

The warning is stark, though Carney is not alone. Draghi and his successor Christine Lagarde have long been urging governments to take responsibility – largely to deaf ears.

That Europe is so poorly prepared a decade after the financial crisis is an indictment of timid policy-making in many national capitals and Brussels.

For its part, the ECB starts a review into whether its policy tool-kit can be expanded this month, expected to completed by the end of 2020. In the meantime, the ECB’s current stimulus programme will stay in place.

But there is only so much that monetary policy can do.

Somewhat ironically, UK Prime Minister Boris Johnson’s immediate plans for post-Brexit Britain might be a good model for others.

Having accused the Labour party of promising reckless public spending plans, the Conservative prime pinister is planning his owning spending spree – focused on long-overdue infrastructure investment in the north and midlands of England.

That stimulus could well help the UK stave off a post-Brexit recession, though possibly at the expense of a short-term debt and deficit increase. Of course, outside the EU, London will no longer have to pay any heed to the bloc’s Stability and Growth Pact, whose fiscal requirements strait-jacket governments in times of crisis.

As of last November, no EU country is subject to an excessive deficit procedure, although only nine are in compliance with the SGP. But they are already running out of time to prepare for the next crisis.

EU leaders met the head of Libya’s UN-recognised government as they scramble to contain the escalating crisis on their southern flank amid concerns about illegal migration and terrorism.

The UK and the EU will not be able to agree on “every single aspect” of their future relationship before the end of the year, and will either have to focus on priority areas or agree an extension period, European Commission chief Ursula von der Leyen said.

Talks between Hungary’s Prime Minister Viktor Orbán and Poland’s ruling Law and Justice party (PiS) in Warsaw point towards a potential exit from the EPP as Fidesz seems to be looking for another political home.

Austrian Chancellor Sebastian Kurz has formed a ruling coalition between his conservative ÖVP party and the Greens. Although the new government is set to make Austria a climate pioneer, there are question marks as to how long the new alliance is likely to last.

All EU member states should have submitted their climate protection plans for the coming decade to the European Commission by 31 December. But many missed the deadline, including Germany.

Meanwhile, the US wine industry fears an ‘Armageddon of costs’ from tariffs on French imports.

The European Commission goes to Zagreb for the opening ceremony of the Croatian Presidency of the Council.