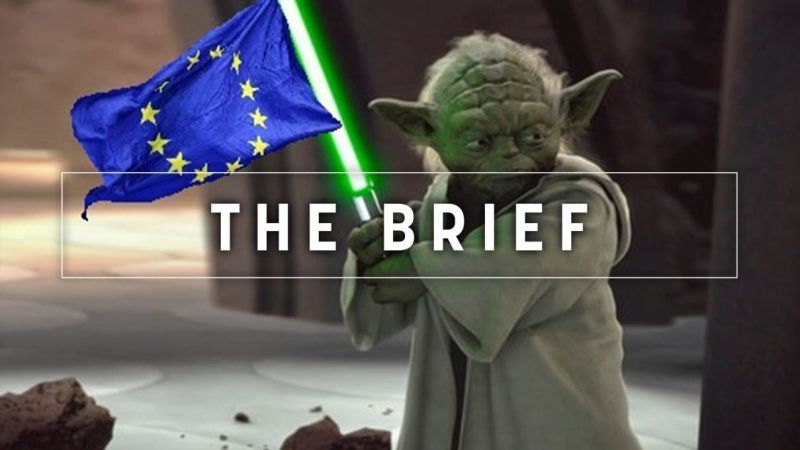 EURACTIV's evening newsletter, The Brief is

In the midst of a new revolution, innovation is no longer a minor issue for policymakers. At stake is not only what national ‘champions’ will control in cutting-edge sectors but what countries will become the new empires in a digital world where it really is winner-takes-all.

The US is defending its title of global economic superpower against China, whose massive investment under the ‘China 2025’ initiative is accelerating its expected victory, but also raising concerns.

Our workplace, homes and leisure time will be powered, driven and shaped by technologies, ideas and prototypes coming from East and West, while Europe will witness the global race for supremacy as a bystander, experts, officials and investors fear.

Europe can count on an admired education system abroad and few success stories on its account. But it lacks speed, money and ambition in its innovation policy, the basic ingredients to keep up with Washington and Beijing.

Artificial Intelligence (AI) is taking a prominent position in the emergence of the new economy. While China and the US represent around 86% of global investment in it, Europe is a small part of the other 14%.

“I am deeply pessimistic,” says André Loesekrug-Pietri, a former venture capitalist turned government advisor, who is drumming up support for the Joint European Disruptive Initiative (JEDI).

He suggests that the JEDI crusade is the only hope for Europe to survive against the ’tech’ empires. It is not about catching up with innovation but coming up with breakthroughs.

The call for more disruptive innovation is widely shared in Europe, including in Brussels, Berlin and Paris.

“Our goal should not be to create the next Google, though that would be nice. We need to create what comes after Google,” Commissioner for Innovation Carlos Moedas said when he launched his European Innovation Council.

But despite the common analysis, a pan-European and ambitious solution is still lacking.

Besides the Commission’s initiative, Germany and France have come up with their own ideas to fuel disruptive innovation.

Loesekrug-Pietri aims at convincing the French and the German governments to throw their support behind his JEDI powers, and to pass the torch to the EU as from 2021 under the next EU’s long term budget.

Despite the numerous EU funded research and innovation initiatives, he argues his brainchild “fills a gap” in Europe because nobody is financing moonshots. But he also cites its ecosystem of startups, research centres and companies that quickly scale up prototypes and create new markets.

His model will be DARPA, the US agency responsible for a long list of breakthroughs, from the internet to GPS and stealth technology.

He will put money where his lightsabre aims. By the end of this year, his initiative will give out around €10 million in grants to support the best solution for these challenges:  more energy efficient blockchain platforms, substitutes for glyphosate, AI for CCTV that respects European standards and how to handle the space garbage given that low earth orbit will become a precious asset.

The Commission shares the JEDI’s diagnosis, but the institution is reluctant to let a private-led initiative decide what projects should be funded, even if the force may be with them.

Following on from the EU leaders’ call last June to start testing the EIC, the Commission is expected to propose in the next weeks a few pilot projects backed by hundreds of millions of euros.

It would include some of the principles championed by JEDI and DARPA, such as the faster implementation phase, the risk-taking spirit and the inclusion of programme managers to steer the development of the moonshots.

Europe starting to think about reconquering space that has already been lost. But in the battle for future supremacy there won’t be a consolation prize for the laggards. Or, as the master said: “do or do not, there is no try”.

The drinking water sector is a high energy consumer, but the state of energy performance and water losses has been widely ignored, resulting in high costs for citizens and suppliers. We need a strong European Drinking Water Directive that includes clear objectives to increase energy efficiency. Read more here.

A Bavarian on the Commission throne? EPP leader Manfred Weber announced his Spitzenkandidaten candidature. But the kick-off event left reporters displeased, who were not allowed to ask questions in English.

With the appointment of François de Rugy as new environment minister, the French government angered ecologists despite a plunge in President Macron’s popularity and calls for changes from environmental experts.

Meanwhile, the European Parliament will vote next week on a proposal to trigger Article 7 against Hungary. Hungarian NGOs say the vote is the last chance to defend democracy in the country and also about raising the red flag for other EU members.

Latvian bank Rietumu has been hit with a fine of €80 million by French judges for having laundered hundreds of millions of euros.

Europe moves towards a common approach to regulate cryptoassets, which represent a booming market still viewed with concern by financial supervisors.

Leave a message after the beep: new legislation in France prohibits the use of mobile phones in the classroom, in a move meant to combat distraction and cases of online bullying.