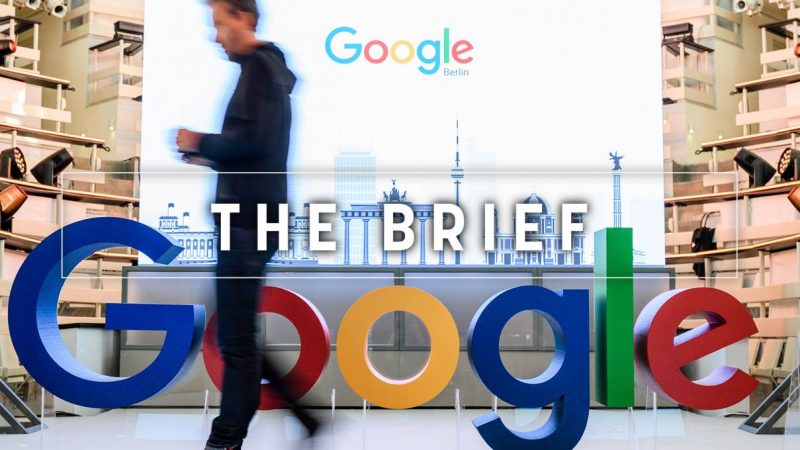 Citizens feel that Facebook, Google, Amazon and their digital comrades are not paying their fair share of taxes. And so do a very large majority of EU member states.

Despite being the most powerful companies according to market value, their tax bills are less than half of what your corner shop pays.

Across the Atlantic, the Trump Administration is (surprisingly) supportive of taxing the digital giants, despite many of them being US-based.

And even the companies themselves would prefer having a single EU digital levy instead of a myriad of national schemes, as it is becoming the case.

But still, Ireland, Denmark, Sweden, and Finland blocked the necessary consensus for setting up a digital tax in Europe, even in the form of the watered-down version proposed by France and Germany to levy exclusively online advertising.

They rejected taxing where the products and services are consumed, instead of where they are made or the value is created.

Irish finance minister Paschal Donohoe warned during the Council debate that an EU digital tax could have “significant consequences” for other parts of our economies, given that we no longer have a digital economy sector, but the whole economy has become digitised.

They preferred a review of the tax system at global level, as the Organisation for Economic Co-operation and Development is currently doing, also on digital matters.

Their opposition was received with a torrent of counterarguments and a broad feeling of disappointment among their colleagues.

“It is a missed opportunity to reaffirm our European political muscle…. our values of fairness and justice”, said the great champion of the proposal, French minister Bruno Le Maire.

The tax was supported by export-led countries fearless of the consequences of taxing where products and services are consumed, like the Netherlands and Germany. Or by those member states more protective of their national tax systems, like Austria and Luxembourg.

Luxembourgish minister Pierre Gramegna said he changed his mind given that the proposal included a “sunset clause” that would limit the duration of the European solution until the entry into force of the OECD proposal.

Even some countries not very enthusiastic with the idea were supportive it as it was “very important for some of our colleagues”, said Czech minister Alena Schillerová.

The Franco-German proposal was far from the ambition needed to properly tax these companies.

But it would be a starting point. A levy on intermediary services (social platforms and e-commerce) or data should follow, as it was included in the Commission’s proposal and in some national versions including France and Spain.

The revenues of these tech giants soared over the past years, mostly using the data of citizens. Meanwhile, our overstretched welfare states struggle to guarantee the well-being of the ageing population in the digital era.

Given the opposition of these countries, Romania’s EU presidency decided to kill the European digital tax, and focus efforts on the OECD work.

There is some hope among member states that the Paris-based organisation will come up with a solid draft later this year, and it could be adopted the following one.

But it the consensus was not possible among 28 like-minded countries, how likely is it between 110 countries of different regions, including the G20 nations?

If there is no agreement at international level by the end of 2020, the Europeans would try to bring the proposal back from the morgue.

But the damage is already done. Today’s decision showed once again that it is European commonality what should be urgently revived.

In a desperate attempt to turn the tide on Brexit before tonight’s vote, Theresa May got ‘legally binding’ assurances on the Irish backstop from her last-ditch Strasbourg trip. But her chief lawyer poured cold water on them.

An Ethiopia Airlines crash has prompted an in-depth investigation and led several EU countries to close their airspaces to the same type of Boeing 737 MAX 8 aircraft that was involved in the deadly accident that caused 189 deaths.

Slovak Prime Minister Peter Pellegrini called for lawmakers to make renewed efforts to ensure social and economic cohesion in the EU in his ‘future of Europe’ speech to MEPs in Strasbourg.

Despite tensions between European allies and President Donald Trump, US party leaders invited NATO’s Secretary-General to address lawmakers in Washington for the 70th anniversary of the founding of the alliance.

More gigantic cruise ships will take to the high seas in the coming years, according to industry CEO Michael Thamm.

Missed the latest news from around Europe this morning? Have a look at today’s edition of The Capitals with MEPs seeking a progressive ‘Entente’ to block EPP’s Weber, arms trade and doing business.

Aside from tonight’s vote on the Brexit deal, Commissioners Mogherini, Hahn and Stylianides take part in a Brussels conference on Syria. Another vote on whether to make sure a no-deal scenario cannot happen may also take place.