The Brief – Trade at any cost 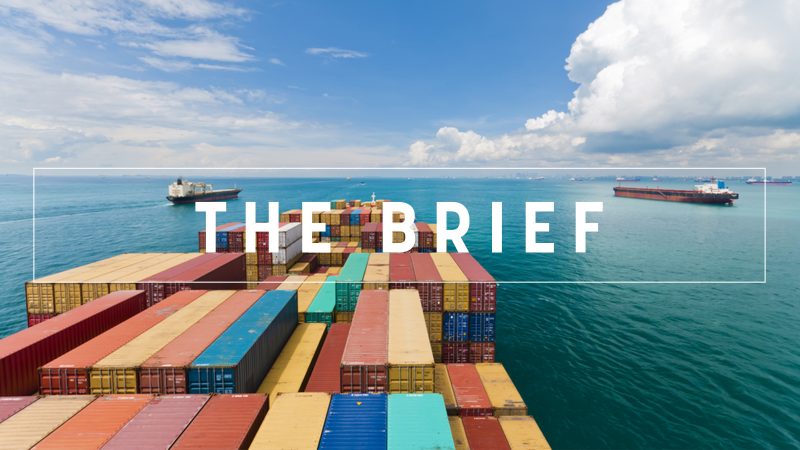 The elusive transatlantic trade deal is back alive and kicking but how much will Europe’s supposed principles actually be worth when the chips are down?

Trade talks between Brussels and Washington look ever more likely after EU ambassadors gave the idea their blessing last week.

In what is essentially an attempt to stave off a trade war over steel, aluminium and cars, this is the EU’s follow-up to its big soy and LNG fire sale last year.

France, the only country against starting the negotiations, made a big show of saying its opposition was based on the fact that Trump has attempted to nix American involvement in the Paris Agreement on climate change.

Of course, France’s objections are based on more than ideological devotion to climate action but it is admirable that Emmanuel Macron has made it a mountain on which he is willing to die.

So what kind of message does this send to the rest of the world about the Paris deal?

The EU has made it clear to journalists that there is no such exact thing as a ‘Paris clause’ in new trade deals, although all are now aligned with sustainability goals and committing to climate protection.

Getting back in the trade bed with Trump though, sends all the wrong kinds of messages, particularly to countries like Australia and Brazil, which have recently flirted with scaling down their Paris commitment or even pulling out completely.

The EU has big plans for new commercial pacts with Oz and New Zealand, while decades-long talks with the South American Mercosur bloc are supposedly coming to fruition.

It could blunt any ambition Europe has to be a ‘climate champion’ in a year that is due to be critical for the climate agreement.

In September, the EU will go to an extraordinary summit at the UN in New York with hopes to give climate action fresh impetus, while national leaders will make or break a long-term strategy that was published in November.

More generally, the push for more trade is endemic of the problems we are facing: perpetual growth. As noted writer George Monbiot said on TV this month, increasing GDP and pursuing constant growth is perhaps no longer the ideal way of measuring human happiness.

In May, EU leaders will meet in Romania to talk about the future of Europe. Forget new policies, think-tanks and tweaking treaties, this kind of structural change should be on the agenda.

EU member states approve controversial copyright rules, but concerns persist about whether it might eventually lead to a  “censorship of the internet”.

Employees increasingly unhappy in Germany. Despite the well-functioning economy, the satisfaction of employees in German companies is falling like in no other European country, according to a survey.

The Commission signed a €214.9 million grant for works on a new Baltic gas pipeline project aimed at connecting Poland and Denmark with Norway.

The Court of Appeals in Lyon ruled once again against Monsanto and in favour of farmer Paul François, a victim of pesticide poisoning, in another legal setback for the Bayer-owned business.

Plans to get connected cars on Europe’s roads could face a setback of “two or three years” if the European Parliament rejects a related legal act on Cooperative Intelligent Transport Systems.

Contrary to the wishes in Brussels, Germany, as well as other EU member states in the Schengen area, is extending the period of random border checks within Schengen.

Budapest defiant again. Hungary says won’t ease the rules for international universities despite EU pressure and Germany’s offer to mediate in a dispute over the Budapest-based Central European University. Read that and much more in The Capitals, our daily roundup from across Europe. Subscribe here.

Last Plenary of this European Parliament in Strasbourg; Latvia’s PM to address the hemicycle; in the evening, the first debate between the top Spitzenkandidaten Weber and Timmermans.