The Brief – Why Davos? 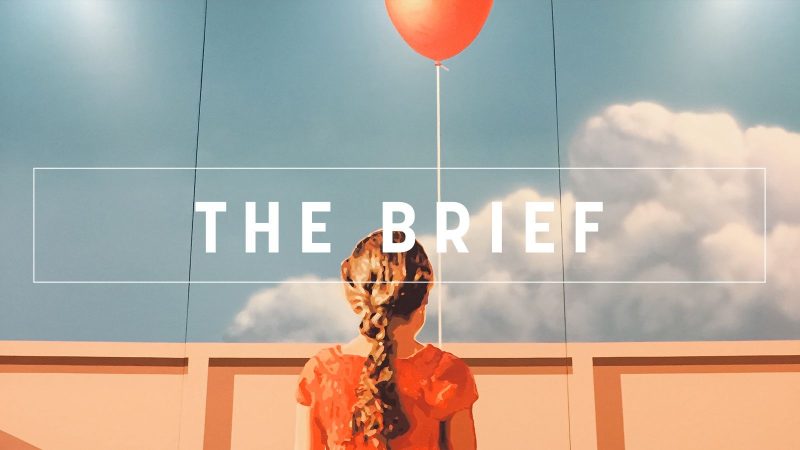 The World Economic Forum starts today but as fears of a new recession grow and political tensions arise, the question for many is: does the exclusive meeting serve any actual purpose?

A mural in the Davos congress centre shows a girl holding a balloon, while storm clouds approach. The new painting captures not only this year’s mood but somehow the whole Davos inertia.

The end of the expansionary circle may be nearing. “After two years of solid expansion, the global economy is growing more slowly than expected and risks are rising”, IMF chief Christine Lagarde said today.

Meanwhile, divisions among countries, fuelled by the ongoing trade war, and the polarisation within nations are becoming a serious threat, as the WEF noted in its latest report.

But the global elite remains a bystander while the worst is yet to come.

It is not the first time the forum has set alarm bells ringing. In past years, Davos attendees admitted to this Brief’s author that inequality should be addressed more seriously, and the benefits of globalisation more fairly shared.

But the world continues to sleepwalk towards the next crisis, despite the forum’s efforts to rethink globalisation or achieve more inclusive growth in the digital revolution.

Why Davos, then? The forum is portrayed by its founder and boss, Klaus Schwab, as a platform for open dialogue to improve the state of world affairs.

But that goal depends on whether the attendees’ short-term priorities (electoral gains or quarterly results) align with our common long-term concerns (climate change, equality, inclusive societies).

That is not the case… and they don’t seem to even care.

While billionaire fortunes increased by 12% last year – or $2.5 billion a day – the poorest half (3.8 billion people) saw their wealth fall by 11%, according to a report published by Oxfam today.

Meanwhile, tax avoidance continues to flourish among wealthy individuals and corporations, as countries cut taxes for the rich.

As globalisation failed many in developed nations, citizens are turning their backs on global openness and cooperation. Only 61% of Europeans see multilateralism as good, compared with 88% of South Asia or sub-Saharan Africa.

As a result, anger and anxiety are on the rise, the forum warned this year. These emotions were behind the election of Donald Trump, Brexit, the ‘yellow vest’ protests and even the election of Jair Bolsonaro, who will be in Davos this year.

The Brazilian president was the latest example showing that the winning recipe is to exploit divisions within societies and between countries. A slap in the face to the Davos spirit.

As pressure mounts, this year will be hardly any different. The sense of urgency is short-lived, as fairer salaries and more inclusive societies aren’t part of CEOs’ speed-dating chats or the fancy Russian parties in the Swiss resort.

WEF President Børge Brende hoped that the daunting challenges would this year help to build momentum behind the need to act. If not, how can we prepare for the worst if those in power only care about holding on to their balloons as the storm clouds gather?

Editor’s note: confirmation came late in the day that crack reporter Jorge Valero is indeed in the Swiss mountain resort, as pictures published by the BBC clearly show our Spanish colleague cutting in line in front of his fellow hacks.

Theresa May attempts to sell whatever her Brexit Plan B may be to parliament late this afternoon. The British PM is rumoured to be considering reopening the Good Friday Agreement, in what could be an extremely contentious move but has just nixed that idea in the Commons.

Tomorrow, Germany and France put pen to paper on a new Élysée treaty. But for the time being at least, the historic document lacks anything on carbon price.

Armenia-Azerbaijan relations have, at the very least, not got any worse since the former elected a new leader. The EU and UN have welcomed the warming of ties, with hopes that a resolution to the ongoing Nagorno-Karabakh conflict could become plausible.

Negotiators were supposed to sit down to talk copyright reform tonight but the meeting was cancelled. France’s finance chief has made a renewed plea to roll out an EU-wide digital services tax sometime this year.

Be sure to stick with our special report on Europe’s gigabit future this week. First up is the EU’s patchy broadband coverage.

A vote in the Greek parliament is expected to ratify the Macedonia name deal later this week, which drew tens of thousands onto the streets of Athens to protest.

Well done to Irene Marchi, whose call-back to our recent contest on Maroš Šefčovič and Arnold Schwarzenegger, wins the day! Stay tuned for more barmy snapshots from the world of EU politics. 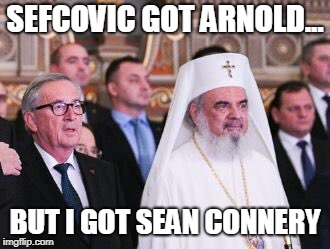 Our EU election ticker is live all the way up to May and beyond. Jorge and Claire Stam will keep reports coming in from Davos. Commissioner Miguel Arias Cañete will give his appraisal of the recent COP climate summit in Katowice, in one of the first high-profile stock takes of December’s meeting.