The plan is far from France’s initial ambition to introduce a dedicated budget for the eurozone.

Still, it risks running into opposition as part of its funding would come from fresh national contributions, in addition to the EU’s regular budget.

EURACTIV.com has analysed the details of the draft proposal.

…and a glimpse of the stabilisation function? EU leaders eventually excluded the possibility that the new budgetary instrument could also be used to absorb sudden economic shocks as France and the European Commission had wanted. A large group of countries, led by the Netherlands, rejected any stabilisation function that a proper eurozone budget would entail.

Countries would have to co-finance part of the investment projects. In a severe downturn defined ex-ante (based on forecasts), the member states’ co-financing rate would be reduced temporarily, helping to attract a larger chunk of EU funds. Countries like Greece already saw their co-financing rate for EU funds reduced during the crisis period.

But compared with the existing cohesion or structural funds, the “shorter timeframe” to disburse the funds of the new instrument would allow for more flexibility, the proposal says, enhancing the stabilisation function in times of economic downturn.

How would it work? The first stage is the Eurogroup, where eurozone finance ministers would adopt recommendations for the euro area as a whole. The list of priorities would then be endorsed by eurozone heads of states.

Once the priorities are approved, countries would submit policy plans to the European Commission listing both their planned reforms and proposals for projects to be financed under the new instrument.

“The projects could either represent costs of the reform measures themselves or investment projects/programmes, especially in areas related to the reforms undertaken,” the paper said.

The Commission would approve the plans as part of the so-called “European semester” of economic policy coordination. The money would be disbursed depending on the progress made in implementing the agreed reforms.

How much and who pays for it? The Franco-German document does not provide any figure. The idea is to start with a modest amount and then grow as the national contributions fill up the new pot. In its proposal made last June, the Commission estimated around €55 billion both for the stabilisation function and to support investments and reforms (the convergence and competitiveness objectives).

France and Germany said the size of the pot would be determined during negotiations on the EU’s next multi-annual budget (2021-2027), in line with the conclusions of the December 2018 EU summit.

However, their joint document departed from EU summit conclusions about the revenue streams. The financing would come partly from “regular contributions” from national coffers that will be determined in an intergovernmental agreement (outside the EU budget). It could also include other sources, like the financial transaction tax which is still in the making.

At the summit, EU leaders said funding would be “part of the EU budget”. But France pushed to have the eurozone budget excluded from the EU’s regular long-term budget. Paris and Berlin finally agreed on a vague wording saying money would include funds from the EU budget “wherever possible”.

An option would be to use the Commission’s existing fund to support national reforms. But the proposal has yet to be adopted and it could create problems in terms of governance. 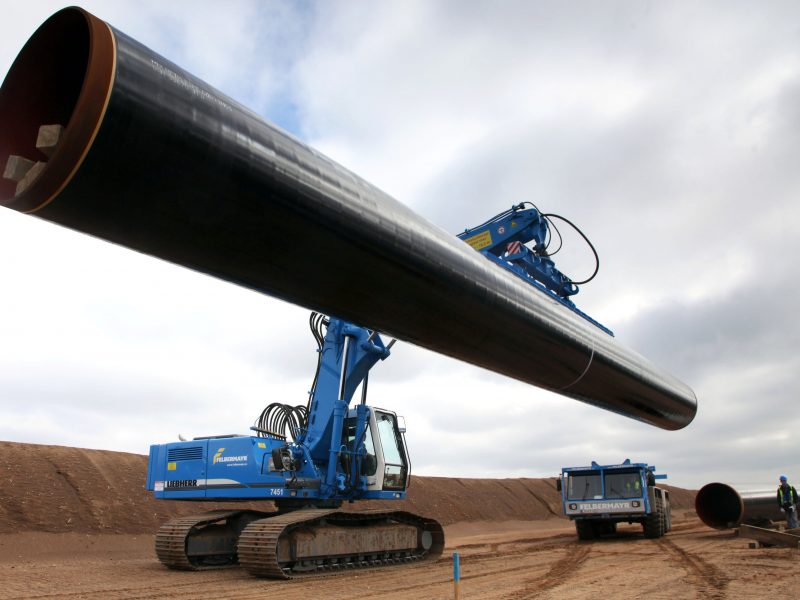 Who controls it? The new budgetary capacity “should be subject to criteria and strategic guidance from eurozone member states”, the paper says. Eurozone finance ministers (Eurogroup) and their leaders (Euro summits) will set up the priorities and take “key decisions”, and possibly involving candidate countries to join the euro.

The functioning and priorities will be fixed under EU law, while the intergovernmental agreement would fix some procedures, including voting arrangements, the role of the EU summits or the non-euro candidates.

The Commission would approve the national plans submitted by the member states to obtain the funds. The EU executive’s recommendations, issued as part of the European Semester, will be also the starting point of the whole process.

When will it see the light? The joint Franco-German proposal will likely form the basis for the Eurogroup’s ongoing work on the budgetary instrument for the eurozone.

Leaders have tasked their finance ministers to come up with the main features of the new instrument by June.

But final adoption of any future plan would require the formal approval of all EU members. This would likely come in addition to the future intergorvernmental agreement on funding pushed by France.

Lukewarm reception. The joint contribution was received with friendly fire. The CDU, the conservative part of Germany’s ruling coalition, criticised the proposal because it addresses “the wrong problem”.

“The lack of competitiveness, too high a debt and an oversized public administration of some member states are homemade and can only be resolved within a national framework,” said Wolfgang Steiger, Secretary General of the CDU’s Economic Council. He added that the EU’s existing funds and the European Stability Mechanism’s soft loans already offer enough instruments to support countries in difficult situations.

Meanwhile, the Netherlands, one of the countries most sceptical about the eurozone budget, stressed that EU leaders had agreed that the new instrument must be part of the EU budget (MFF).

“The German and French ideas were well accounted for in those discussions”, a Dutch diplomat said. But under the Paris-Berlin plan, most of the funds would likely come from national contributions included in an intergovernmental agreement.

The need for an international agreement is also contested in The Hague and could end up stuck in the Dutch national Parliament.

A senior EU official with knowledge of the talks was not very hopeful about achieving a meaningful instrument at the end of this process. “The leaders’ mandate is too restrictive” particularly in their demand to include it in the EU’s long-term budget, the official told EURACTIV.