The ‘social economy’ is about sharing power, says French minister 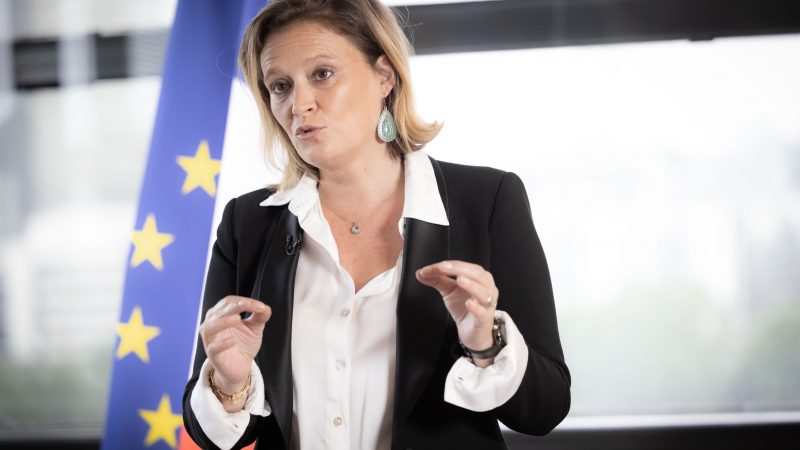 French junior minister for the social, solidary, and responsible economy Olivia Grégoire. [Photo provided by the French ministry of finance]

In December 2021, the EU Commission presented a “Social Economy Action Plan” that should promote the development of the social economy.

This term, which is only vaguely defined and refers to various actors, namely cooperatives, mutual benefit societies, associations, foundations, and social enterprises, should not be confused with charity or non-profit organisations, according to Olivia Grégoire.

As she pointed out, it is not a lack of profit-orientation that defines the social economy.

“There is a considerable part of the social economy that is at least partially lucrative,” she told EURACTIV.

Sharing the power and the created value

Instead, according to the junior French minister, what distinguishes the social economy from the traditional economy is what she calls a “double sharing” of both the power and the value created in a company.

“The social economy is social because it shares more power and more of the created value and has the ambition to have a social impact,” she said.

Cooperatives, for example, have a much more democratic system with voting power assigned to individual members instead of to the largest shareholders, according to Grégoire.

The fact that the value created by the company is distributed more evenly in the social economy than in the conventional economy might sound appealing to many, but it might scare off the money.

The promise of the CSRD

Olivia Grégoire argued that investors would be drawn to the social economy due to the increasing pressure to prove their financial health and their social and environmental impact.

She has especially high hopes for the corporate sustainability reporting directive (CSRD) proposed by the EU Commission in 2021 and is currently being discussed in the EU Parliament and member state governments.

“With the CSRD directive, the social and environmental impact will be as seriously verified as financial performance,” Grégoire said.

“In the same way that you have auditors who come to check your accounts, you will all have the same operation for what are called extra-financial statements,” she said, arguing that this would prevent the corporate social responsibility reports that look beautiful on paper but lack verifiable substance.

Towards a more humane innovation?

Apart from investor interest, there might be issues with innovation in the social economy. While Silicon Valley likes celebrating supposed entrepreneurial geniuses that single-handedly disrupt entire industries, strong personalities and reckless risk-takers might have a harder time in companies or cooperatives that distribute power more evenly.

Olivia Grégoire argued for a different understanding of innovation, however.

“The social economy is innovative, but it is especially innovative on the human level,” she told EURACTIV.

“The characteristic of the social economy is really to put the human element first in economic relations […], which is opposed to the precariousness and the unbalanced labour relations that innovation can sometimes bring,” she said, pointing to the sometimes exploitative labour relations in the platform economy.

But even in the platform economy, Grégoire sees the potential for the social economy.

“Not all is lost in the platform economy,” she said, arguing that in France platform cooperatives had recently been set up that were democratically managed.

A long way ahead

“First, we have to try to speak the same language. There are nearly as many definitions of the social economy as there are member states,” she said.

Moreover, ministers will discuss how to facilitate access to finance, communicate better and collect data on the social economy.