The UN makes progress on multinationals’ duty of care 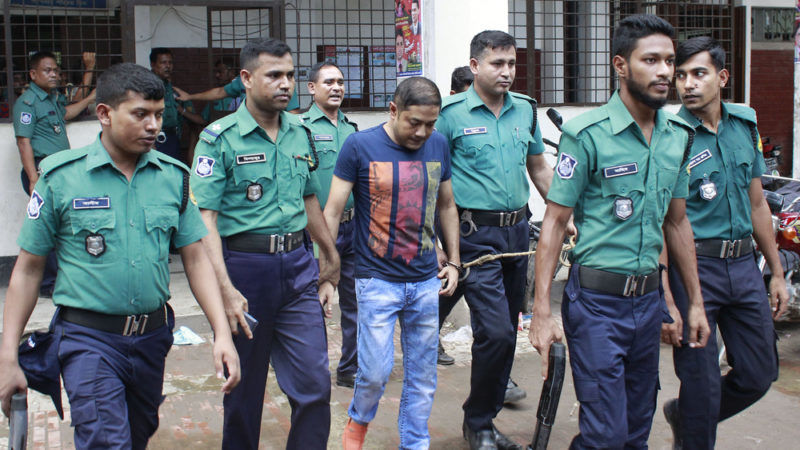 The UN has confirmed that a treaty on multinational corporations’ respect for human rights is in the making, despite opposition from developed countries. EURACTIV France reports.

In June 2014, under pressure from Ecuador and South Africa, the UN’s Human Rights Council created an intergovernmental working group (OEIGWG) to work on a binding international treaty on human rights violations by multinational corporations.

Since then, the OEIGWG met in July 2015, October 2016 and from 23 to 27 October this year in Geneva, where Ecuador proposed a first draft of the treaty.

This is a success for civil society, which has been strongly supporting the cause despite strenuous opposition from developed countries.

“Despite strong objections from a number of countries, especially the EU, the negotiating session […] confirmed that an international treaty on this subject will be written. France and the EU must be fully on board and we will keep the pressure on,” numerous French civil society organisations said in a press release.

France adopted a law last March on the responsibility of multinational corporations. The law is called “Rana Plaza” after the disaster that took place on 24 April 2013, when more than 1,200 labourers died in Bangladesh when a factory owned by a multinational company collapsed.

The law requires French enterprises of more than 5,000 workers in France and 10,000 abroad to have a prevention plan against human rights abuses in their supply chain.

If they fail to meet their obligations, corporations are exposed to fines of up to  €10m.

“For a few pennies on a T-shirt, we are ready to destroy a river, take lives, enslave children. Against all this, we need to pioneer legislation,” said Dominique Potier, the French MP authoring the law.

In Geneva, NGOs agreed that the French law was at the heart of the discussions.

“We hope that France can become a leading voice in the EU. Emmanuel Macron opposed the law when he was finance minister, saying France will be alone. We say: don’t be afraid to be the first, and push the EU to do the same,” said Carole Peychaud of the NGO CCFD- Terres Solidaire.

France is on the frontline. On 26 October, 254 French MPs sent a letter to Macron to ask for his support in Geneva. Civil society continues to advertise the French Rana Plaza law abroad. But “France is cornered because it can’t contradict the EU”, said Juliette Renaud of Friends of the Earth France.

According to Dominique Potier, France has taken the defence of the intergovernmental working group.

“The voice of France mattered because it was the result of an alliance between the parliament and civil society. It is a democratic victory.”

In the intergovernmental working group, every country votes. Member states normally align with the EU’s position.

“We are encouraging France to take its own stance, but the EU is not taking a position because the subject touches economical advantages and the EU doesn’t want the UN to meddle in its economic policy,” explained Carole Peychaud.

NGOs may try to push France’s leadership, but Brussels has the prerogative on common policy interests. Developed countries, including the EU, have been blocking negotiations on the treaty by raising procedural concerns.

“Not surprising, since 85% of multinational corporations have their headquarters in the global North”, said Peychaud.

Germany even sent an intern to the negotiating table – a signal that “the EU doesn’t want any of it,” she said.

“Certain countries see the matter in very binary terms: the bad multinationals of the global North against victims in the world’s South,” said Dominique Potier.

“Politically, the European Commission makes the argument that corporations behave better in Europe, and uses this simplistic view to argue that we don’t need a treaty”.

The challenge is to keep the EU at the negotiating table. And despite friction at the start and the end of the session, negotiations will continue in 2018.

One of the demands from NGOs, included in the Ecuadorian draft, is the primacy of human rights over commercial and investment concerns.

This goes to the heart of the CETA and TTIP international trade agreements, which according to civil society, trash human rights and environmental standards by allowing investors to sue countries in Investor-State Dispute Settlement mechanisms (ISDS) if they feel that a certain policy has hurt their economic interests.

“We have included this in our list of top priorities, but it is hardly likely that it will be adopted. The more ambitious we are, the more we alienate developed countries. Then the Treaty will be ratified by a few minor players and won’t be as effective”, said Carole Peychaud.

It remains unclear if the treaty, once it is ratified, will have an impact on current and future trade agreements. According to Peychaud, “even if there is a hierarchy in international law [and binding international treaties take precedence over bilateral trade agreements], many do not respect it. It is the law of trade and of investment that trumps other concerns.”

“We seek to include clauses in the treaty to affirm human rights’ primacy over commercial interests because at the moment, the political system wants to fix the issue without overhauling the system,” said Juliette Renaud.

A UN treaty may take years to write and then be ratified by nation states.

“Since the very beginning of this parliament, the new objective is the internationalisation of the French law. I don’t believe much in international law but I do believe countries can have national legislation like ours,” said Dominique Potier.