The unfinished work to avoid another Lehman Brothers 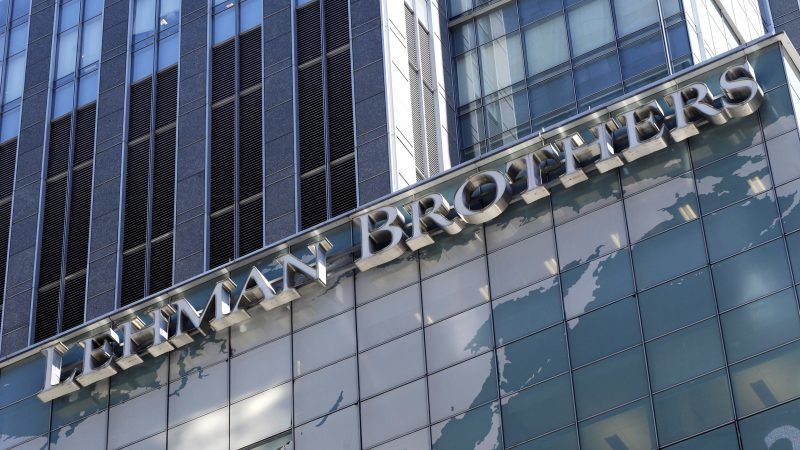 A file photograph showing a view of the Lehman Brothers world headquarters in New York City, New York, USA, 12 June 2008. Reports state on 07 March 2012 that Lehman Brothers, the US investment bank that collapsed in 2008, following losses in the US sub-prime mortgage market has exited from bankruptcy protection. [EPA/JUSTIN LANE]

In the ten years that have passed since the fall of Lehman Brothers, Europe has improved its banking regulation but the financial system remains vulnerable.

Europe commemorates the tenth anniversary with a solid growth. But experts consulted by EURACTIV.com warn that the productivity is not growing, the economy is more indebted, inequality remains a challenge and the ‘ticking bomb’ of the Italian economy could bring the euro to its knees.

The very own nature of crises makes them impossible to predict. But citizens trust that their leaders and policy-makers would learn the lessons of what went wrong.

The short answer would be ‘not fully’. And when the next crisis hits, half-good answers are not good enough.

“The system is not working,” said Miguel Angel Fernández Ordóñez, former governor of the Bank of Spain, who was part of the international discussions in the aftermath of the crisis as a member of the newly created Financial Stability Board.

“Whatever reforms have been achieved, mostly in the immediate aftermath when memories were still fresh and political momentum strong, are likely to turn out insufficient,” Finance Watch warned in a recent report.

In addition, a counter-reform movement both at the international and European level is starting to deregulate parts of the financial legislation approved. 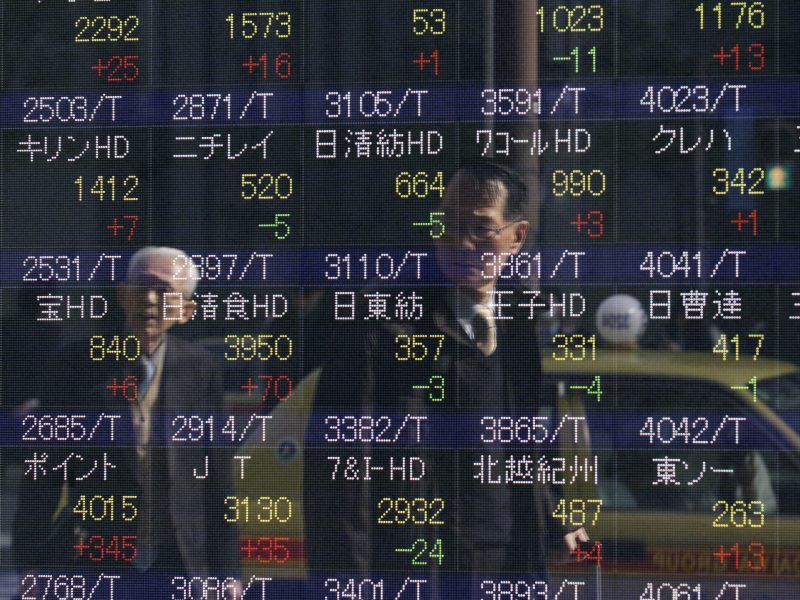 Lessons from Lehman: It's the real economy and politics that matter

There are few safeguards against a repeat of the “Great Recession” triggered ten years ago by the collapse of Lehman Brothers, writes Karl Aiginger. However, it will be different from the crisis of 2008 and there is a lot we can do to make it less likely and less severe, he argues.

Excessive and risky leveraging was responsible for the crisis. After a short break, debt levels have continued to soar. Since 2007, global debt has soared by more than 40% (from $167 trillion to $237 trillion).

Noting this trend, the IMF already warned governments last October that debt-fuelled economic growth could bring about another financial crisis in the next few years.

“We are now at a level which is higher than immediately before the financial crisis, so there’s no time for complacency,” former ECB President Jean-Claude Trichet said shortly after the IMF report.

Others are less pessimistic and believe that the thousands of pages of new rules approved after the financial crash put the system on the right track, even if it remains incomplete. “The financial sector is much more resilient,” said Zsolt Darvas, senior researcher at Bruegel.

But Europe holds a ticking bomb in its hands: Italy. The highly-indebted country with low growth and a weak financial system is led by a populist government ready to pick a fight with markets and EU authorities, at least so it seemed until not so long ago.

Darvas sees a 25% likelihood of a crisis in Italy over the next three years, which would turn into a “massive” financial crisis for Europe as a whole.

The collapse of Lehman Brothers on 15 September 2008 triggered a global crisis, but also an unprecedented response at the international level. The largest countries reacted with coordinated action from the newly G20 and what would become the Financial Stability Board.

European policymakers yesterday (22 September) reached the end of a long road to overhaul the supervision of the EU's banking sector, as MEPs gave their overwhelming backing to the creation of new financial watchdogs. EURACTIV reports from Strasbourg.

“I can say that since then there hasn’t been one aspect of the banking business that has not been touched by the regulators and the supervisors,” ECB president Mario Draghi said on Thursday (13 September).

The EU will today (20 July) unveil new rules requiring banks to have three times as much capital on their balance sheets. Banks are eyeing the new rules with caution, while some governments warn that the requirements may be too tough.

But some jurisdictions including the US are backtracking in the regulation passed. While Europe has not followed yet the same trend, the Commission is reviewing the legislation adopted in the aftermath of the crisis.

In addition, Finance Watch said that some amendments under discussion to the Banking Package could limit the supervisors’ powers to impose additional capital requirements.

“Can we actually be, in a sense, complacent? The answer, of course, is no because in the meantime a lot of this business has migrated from the banking world to the non-banking world, the so-called shadow banking,” Draghi told reporters.

This parallel world of hedge funds and other shadow banking players continues to be interlinked with the banks, through guarantees or assets weighting in banks’ books.

This diversification of risks also makes more difficult the supervision of a sector with a long record of troubles.

The International Monetary Fund calculates that between 1970 and 2011, the world has suffered 147 banking crises. Some were small, but despite the efforts to rein in the “too big to fail” entities, the world still has thirty “global systematically important” banks which combine commercial and investment banking, a dozen of them in the EU.

Fernández Ordoñez was part of the discussions early this decade to bolster the global financial architecture. But in his view, those recommendations (which led to Basel III rules) are not enough.

“The structure continues to be completely fragile,” he insisted. Banks “create” money when they make a loan. And this money is fragile and could go bust if the entities fall.

The fragility of the banking system has led to policymakers and regulators to overprotect banks like no other sector.

This created a ‘moral hazard´ that was overlooked only when authorities did not save Lehman Brothers.

Following the collapse of the fourth largest US investment bank, Europe spent around €2 trillion in saving its banks.

“We don’t need to change policies, but the whole system,” said Fernández Ordóñez.

Fernández Ordóñez belongs to the still small group of people in favour of letting citizens deposit their money directly in central banks.

This would represent the paradigm shift that would erase the risk from the system, and level the playing field of banks with other financial players.

The “safe money” (or positive money) proposal is one of the few new ideas put forward to truly transform the system, as it happened with Bretton Woods after the Great Depression and World War II still ongoing.

Despite work is not completed, others including Bruegel’s Darvas believe “we are moving in the right direction”

“We limited very much the possibility to witness the same crisis we had a decade ago”, he said.

He points to the higher capital requirements for banks and the EU’s banking union under construction.

But he insisted that the banking union must be completed with a common deposit insurance scheme and efforts should be made to limit banks’ exposure to sovereign debt.

Commission Vice-President for financial services, Valdis Dombrovskis, said that “European banks are significantly better capitalised and more resilient than before the crisis.”

The share of non-performing loans has decreased by almost half since the end of 2014. However these “bad loans” continue to be a big issue in countries like Italy (15.3% of total loans last December), which represents the bigger risk for the European economy, according to Darvas.

The other big risk for many inside and outside Europe is China. The country debt levels have soared, but authorities insist that they have the tools to intervene in problems arise.

Investors, analysts and economists argued that the next crisis could hit as soon as 2020. If that happens, governments and central banks would have less space to respond given the public debt levels and the monetary tools already deployed after 2008.

“Productivity growth in Europe is lower than before the crisis,” warns Darvas. For that reason, Dombrovskis prioritises reforms at the national level for the countries to become more resilient and competitive.

In addition to the “fragility” of the financial system, Fernández Ordoñez warned of the high level of inequality and its political ramifications, as seen with the election of Donald Trump.

But contrary to the banking problem, he believes there are no clear solutions to address the high level of inequality. Proposals including a universal basic income, are “full of problems,” he said.