Member states will provide guarantees to raise up to €100 billion for a new temporary fund to support workers in countries that have been hit hard by coronavirus, such as Italy and Spain, according to the draft proposal seen by EURACTIV.com.

European Commission President Ursula von der Leyen announced on Wednesday (1 April) that the institution will put forward a new instrument for temporary Support to mitigate Unemployment Risks in an Emergency (SURE).

“This is European solidarity in action,” von der Leyen said in a video message posted on Twitter, adding that the new instrument would “save millions of jobs during the crisis and allow us to quickly restart Europe’s economic engine afterwards.”

“The SURE instrument will act as a second line of defence, supporting short-time work schemes and similar measures, to help member states protect jobs and thus employees and self-employed against the risk of unemployment and loss of income,” the document reads.

SURE, to be adopted on Thursday, will be a lending scheme with the firepower of up to €100 billion backed by a system of guarantees from member states.

Its goal would be to complement the efforts made by national authorities to support workers affected by the coronavirus COVID-19 and the containment measures adopted across the bloc.

To that end, it will cover part of the “severe and sudden increase in public expenditure” dedicated to maintaining employees, it reads.

The financial resources, in particular, would be allocated to support the increased financial burden of national short-time work schemes and similar measures that help protect jobs against the risks of unemployment and loss of income.

EU countries including Germany, Italy and Spain have these type of schemes in place to support employees affected by a sudden shock.

But the Commission warns that this new instrument would be “ad hoc and temporary in view of its legal basis”.

As a result, it would not become a permanent pan-European unemployment reinsurance scheme, as MEPs and member states, including France and Spain, had demanded for years to strengthen the eurozone.

Its legal basis will be Article 122, which allows for the EU support in times of exceptional crisis.

Article 122(2) has been used once before, as the legal basis for the establishment of a temporary European Financial Stabilisation Mechanism (EFSM) during the financial crisis.

The new fund will be available once member states offer guarantees totalling at least €25 billion.

Following a request by a member state, the Commission would verify the extent of the increase in public expenditure related to the creation or expansion of the short-time work schemes and similar measures for self-employees.

After that verification, the EU executive will evaluate the terms of the loan, including the amount, the maturity, the average pricing and other technical modalities.

There will be caps for the borrowing available for each member state. The share of the loans granted to the three member states representing the largest share of loans must not exceed €60 billion.

The Eurogroup will discuss this new instrument next week, as part of the various tools that the EU is exploring to address the economic fallout of the coronavirus. 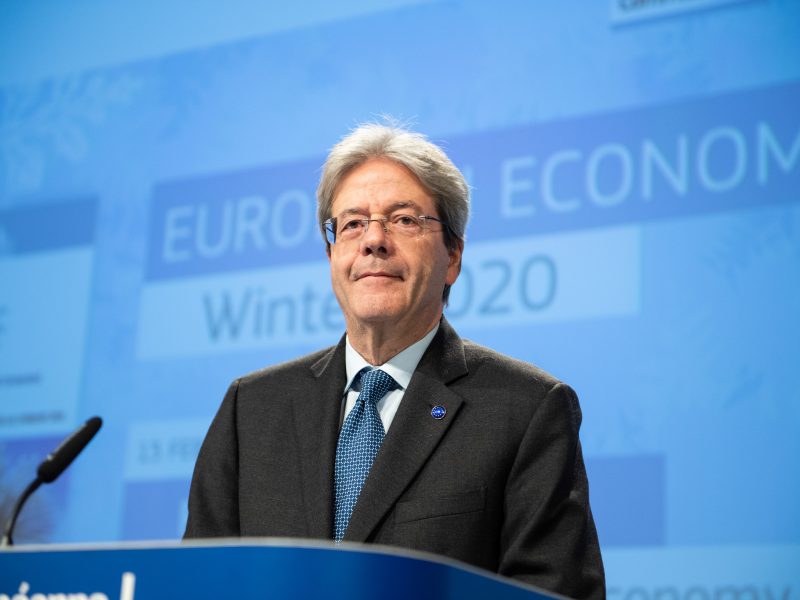 The European Commission is planning to present to EU finance ministers next week its pan-European unemployment reinsurance scheme proposal to support the most affected countries by the coronavirus.