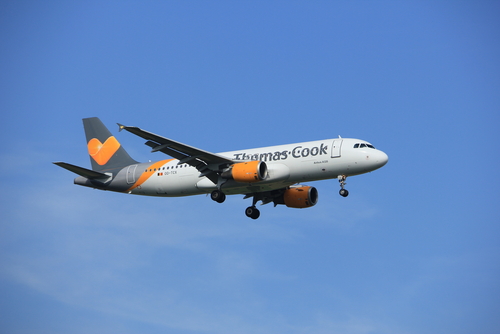 Under the EU Package Travel Directive of 11 December 2015, tour operators have been required, since 1 July 2018, to ensure their customers are repatriated. The directive also provides travellers who have booked a package holiday with a refund before departure, in case a company files for bankruptcy.

The collapse of Thomas Cook, the world’s oldest travel company, will put the new EU Package Travel Directive to the test. Although the directive allows for the repatriation of holidaymakers, refunds for trips already booked are not guaranteed. EURACTIV France reports.

A large-scale repatriation operation is on the way. The bankruptcy of the independent British tour operator will be leaving 600,000 passengers stranded at airports.

Over the weekend,  Thomas Cook failed to find the additional funds necessary for its survival. Threatened in recent years by competition from low-cost travel sites but also by the gloom of British travellers worried about Brexit, Thomas Cook has thrown in the towel due to a lack of investors.

“Although a deal had been largely agreed, an additional facility requested in the last few days of negotiations presented a challenge that ultimately proved insurmountable,” Thomas Cook’s boss Peter Fankhauser explained in a statement. 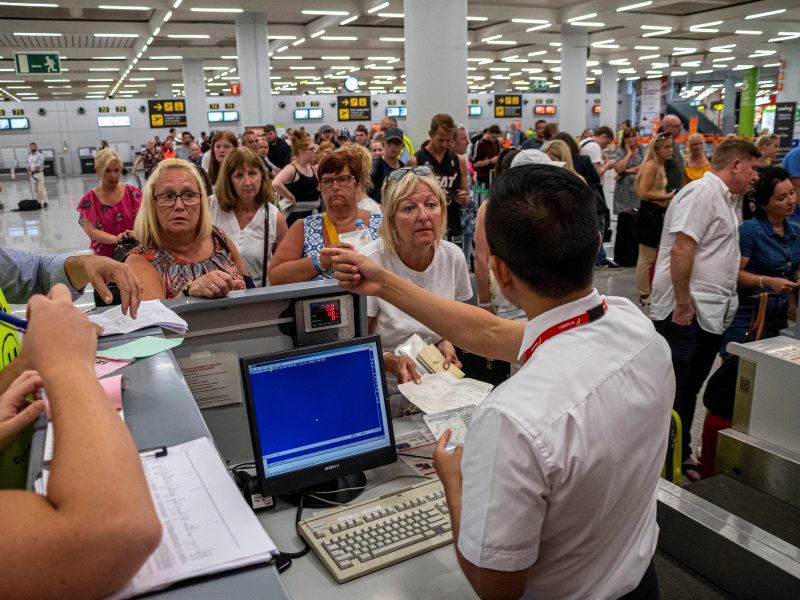 Hundreds of thousands of holidaymakers were stranded on Monday by the collapse of the world’s oldest travel firm Thomas Cook, sparking the largest peacetime repatriation effort in British history.

However, for the 600,000 holidaymakers, including 10,000 from France, a recently adopted EU directive, the EU Package Travel Directive,  applies, but how does it work?

What does the warranty cover?

Under the Directive from 11 December 2015, tour operators have been required as of 1 July 2018 to ensure their customers are repatriated. The directive also provides travellers who have booked a package holiday with a refund before departure, in case a company files for bankruptcy.

This obligation aims to reduce the financial losses incurred by travellers, especially as damages to consumers buying travel arrangements is estimated at €430 million per year.

In France, this obligation imposed by the EU directive has been implemented through a guarantee fund called ‘Association Professionnelle de Solidarité du Tourisme’ (APST).

Funded by contributions from French travel agencies, including Thomas Cook, this fund has approximately €20 million to cover the cost of repatriating travellers. The funds can also cover the costs resulting from any delays (additional accommodation, meals, etc.).

Which customers are concerned in France?

For the time being, none because only Thomas Cook’s British parent company has gone bankrupt, while the French subsidiary still hasn’t.

“But we imagine that probably in the next few hours or days, things will have an impact on Thomas Cook France,” explained Alexandra Cohen-Jonathan, a partner at Auguste-Debouzy and an insurance law specialist.

Once the French branch is declared bankrupt, Thomas Cook’s French customers will be able to benefit from the repatriation guarantee.

“But this repatriation guarantee is only valid for customers who have purchased a package, which includes a hotel stay and flight. Customers who only booked a flight from Thomas Cook are not covered,” explained the lawyer.

For customers who have already paid for a future trip, the situation may be more complicated. “The guarantee does not cover the reimbursement of stays. For those who have booked a trip, there is an insolvency risk,” the lawyer added.

In practical terms, while the APST must cover the advance payments made before departure, it does not provide for any reimbursement for travel already paid.

Customers who have already paid could, therefore, lose out.

What are the remedies?

“In the event of bankruptcy, a liquidator is appointed. Customers must declare their amount due to the liquidator, who registers it to make repayments. But given the figures that are circulating [on Thomas Cook’s debt situation], aggrieved customers are unlikely to be reimbursed,” explained Alexandra Cohen-Jonathan.

Any other insurance taken out at the time of purchase of the trip does not cover this situation either. These insurances are more concerned with protecting travellers themselves in cases like illness, death of a relative or a change in the family situation.