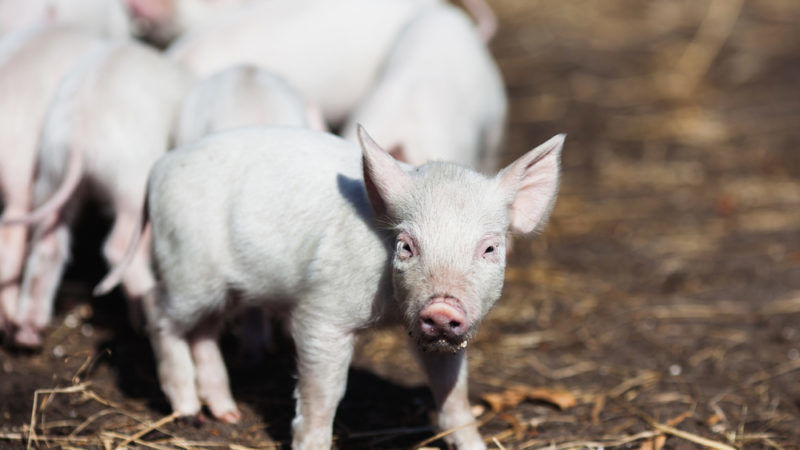 Spain made significant inroads into a number of sectors last year. [Shutterstock]

Spain’s agricultural sector has used exports as a way to escape from financial crisis and it has emerged as a real engine of the economy since 2008. Growth continues unabated and numerous records have been broken. EURACTIV’s partner EFEagro reports.

Spain’s ministry for the economy reported that the biggest sales were made in the fruit, vegetable and legumes sub-sectors (particularly to Germany and the United Kingdom, as well as Austria and the Netherlands). Meat products also did well in China, Portugal, South Korea and Italy.

Spanish exports of meat products, particularly to China and Japan, and oil and fat products, to the United States, Italy and Portugal, saw the most significant growth.

Of the €43 billion in sales, nearly €17 billion came from fruit, vegetables and legumes. More than €6 billion was made in the sale of meat products, €4.2 billion from oil and fats, and more than €3.8 billion from drinks. Spain exported about €2.5 billion worth of wine.

And experts believe there is still room to grow. The director of food and gastronomy at the Institute of Foreign Trade (Icex), Javier Serra, highlighted that Poland, the Czech Republic and Sweden “grow in importance every year, thanks mainly to the performance of horticultural and meat products”.

“Europe is our main customer, but China stands out in terms of buying wine, olive oil and meat products, while the US is a key buyer of wine and olive oil,” Serra explained.

In terms of Europe’s involvement, he said that “the European Union’s policies regarding food products is an ongoing effort to support the sector, both in terms of its promotion efforts and search for new and interesting commercial opportunities”. Diversification of exports and markets is key to this, he added.

In Serra’s opinion, “the strict production standards and quality controls” of the EU are determining factors and “ensure a favourable outlook in a world that is more and more conscious of the importance of food health and security”.

In Spain’s case, Germany, the UK and, to a lesser extent, Austria and the Netherlands are the main destinations of its fruit, vegetable and legume exports. China, Portugal, South Korea and Italy are the final port of call for its meat products.

For Serra, Spain has been the main engine for European agri-food exports: “China places second in the ranking of destinations for food products from the EU and its worth more than €10 billion.”

“In both cases, growth is still happening,” Barato insisted, adding that Brazil, Australia and France are important markets where Spanish products have become more popular.

There was also an export surplus in the wine trade.  Barato’s oenophilic counterpart, Ángel Villafranca, explained that his industry had produced about 40 million hectolitres and that only 10 million’s worth of that had been consumed domestically.

However, he added that the challenge now is to “increase its value”. Villafranca said that “we’ve cornered the international market in terms of volume but now it’s time to attach value to that through our designations of origin and protected geographical indications”.

He added that “if we do our job right and defend no just the price, then we can win the market” in the US, South-east Asia and the Eastern European countries.

Diversifying the market is an objective that is shared by fruit and vegetable exporters, with 60% of their products going abroad. According to the president of the sector’s export federation (Fepex), José María Pozancos, the “priority” is to work on diversification, to expediate the lifting of phytosanitary barriers, accelerate innovation and improve crisis management instruments.

Eurostat figures for 2015 show that Europe exported €3.53 trillion from that sector to third countries and that internal EU trade totalled €24 billion.

In terms of meat products, the EU was the main destination, with sales topping €35 billion. Exports only hit €8.5 billion.

The Spanish beef producers association (Asoprovac) chief, Javier López, said that more than 25% of the 633,792 tonnes of meat produced in 2015 went to Portugal, France, Algeria and Hong Kong. Around 175,000 heads of cattle were sold, with Libya and Lebanon the main customers (60% of sales).

Spanish pork sales, according to Eurostat, surpassed those of Germany, with 28.4 million pigs sold, but the Bundesrepublik still leads the meat sector. Spain ranked second to the UK in sheep sales and second to Greece in terms of goats.

The French pork industry has lodged a complaint to the European Commission, accusing German farmers of VAT fraud worth €250 million. EURACTIV France reports.

Pig meat producers said that China had emerged as the number one client with 20% of sales earmarked for export. France remained its prime customer in terms of value, with €759 million traded.