From 25 to 27 June, around one hundred young Europeans who are socially engaged back home debated at the Young Europeans Forum in Berlin.

Community and belonging – what do these terms mean in an increasingly diverse and identity-focused world? At the Young Europeans’ Forum 2019 that took place in Berlin in June, young people discussed what makes a good society and how social cohesion can be promoted at an individual level. EURACTIV Germany reports.

In November 2018, almost 300,000 people took to the French streets and protests lasted months. The ‘yellow vest’ movement, which was at times brutal, was the expression of a deep social dissatisfaction that shook France and raised questions about the country’s social cohesion.

However, in other European countries, the successes of right-wing parties and a debate that has become increasingly aggressive raised the question of whether social cohesion was crumbling.

What is it that holds society together in times like these?

From 25 to 27 June, around one hundred young Europeans debated at the Young Europeans Forum in Berlin, organised by the Bertelsmann Stiftung in cooperation with the Aladin project and UNESCO.

These young Europeans shared their experiences on social engagement, discussed the challenges and opportunities of cultural diversity and proposed ways to make progress towards the necessary societal change.

Conflicts need to be part of the debate

At first glance, social cohesion in Germany does not seem too bad. On a 0-100 scale, the social cohesion average for Germany lies at 61, according to a study conducted by the Bertelsmann Stiftung in 2017.

Yet, this does not appear to be the case everywhere, particularly in the Mediterranean region, where the economic crisis left deep social cracks. In that region, social cohesion levels are far lower. Volunteering is also rarer than in the more prosperous north. 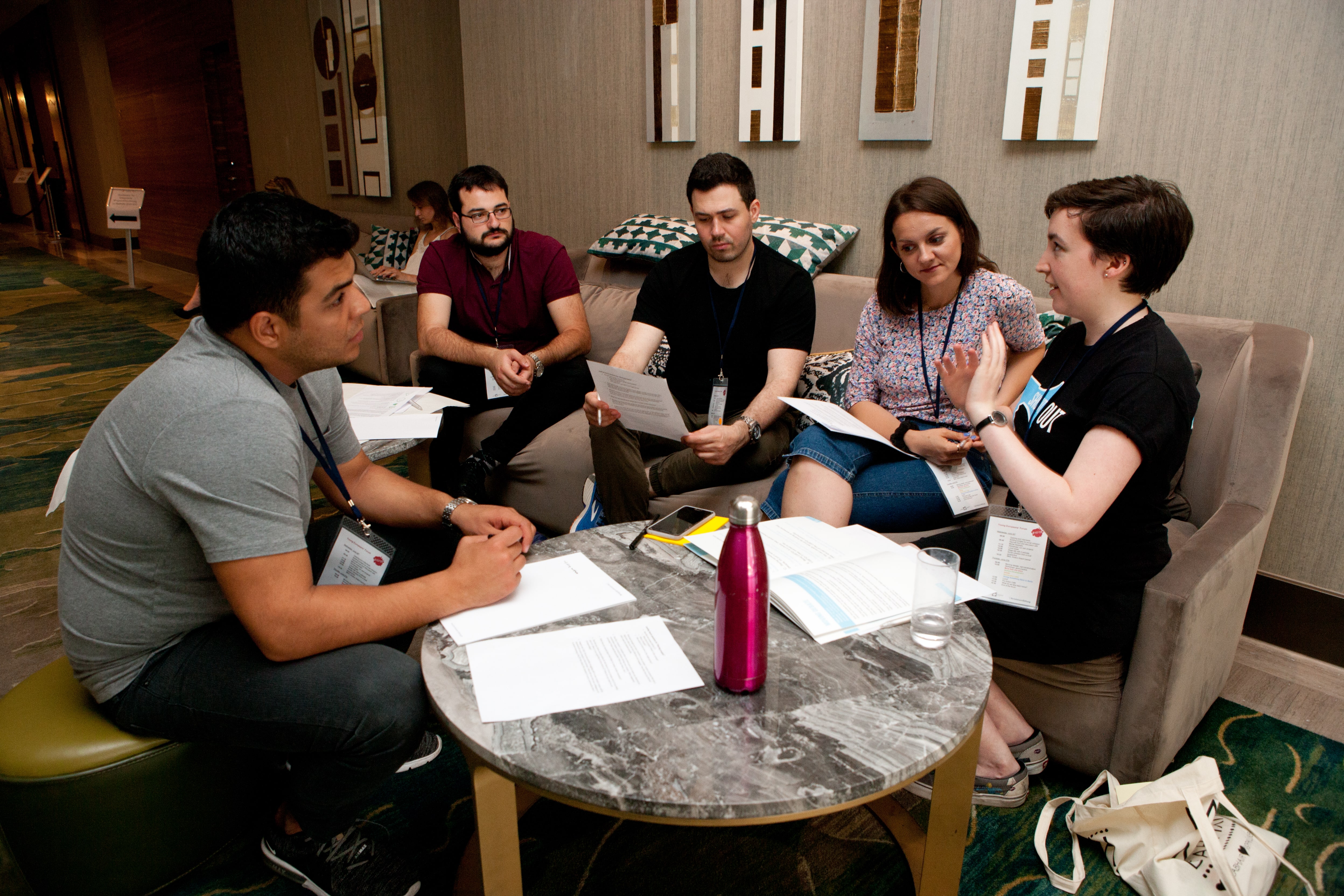 According to a study by the EU agency Eurofound, which assists in developing better social, employment and work-related policies, the disruptive factor to social cohesion that is most felt among European citizens, is the tension between ethnic and religious groups.

In this study, four out of ten Europeans surveyed stated that they perceived such tensions in their social environment. This applied the most to Belgium, France, Ireland, Austria, Germany and Italy.

Even in Scandinavia, however, which continues to stand out for its low rates of social exclusion, the integration debate has been raising questions on social cohesion.

“Many Muslims in Sweden are insecure and do not know where they belong. There are still strong identity problems,” said Tuba, one of the participants of the Young European Forum. In Sweden, this young Muslim woman activist is part of the Swedish Muslims for Peace and Justice organisation.

“When it comes to us Swedes, it is often said that we prefer to avoid conflicts. Yet, if we do not talk about the problems related to integration, we are damaging the quality of the public debate. Conflicts need to be discussed,” she added.

The issue of migration is a recurring one in discussions on social cohesion. For instance, can migration harm cohesion and does diversity also have its limits?

All agree that it is not the case when migration proceeds in an orderly, integrative and fair manner.

Integration studies demonstrate that cultural diversity does not harm society’s cohesion at all. According to the study by the Bertelsmann Stiftung, 58% of Germans even believe that Germany will become a better place if it accepts migrants.

Between 60-70% of citizens who’ve had a personal encounter with refugees rated their experience as positive. Nevertheless, a non-negligible proportion of the population continued to be critical of cultural diversity. 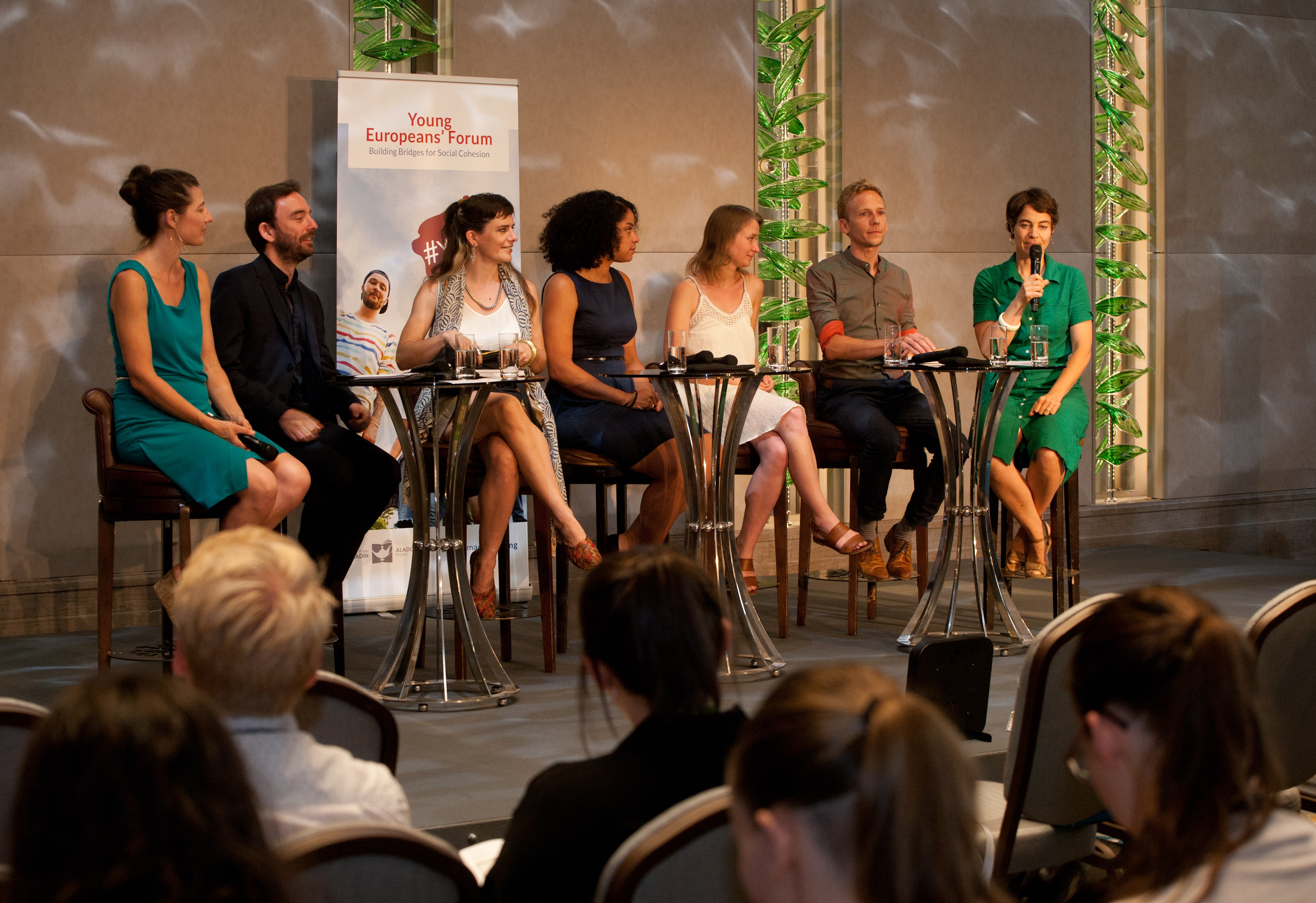 Hanno Burmester believes that in order to not leave anyone behind, interpersonal relations cannot be overlooked.

“The only things that strengthen social cohesion are honest encounters and good human relations,” he said.

However, this is not enough for society to function peacefully.

“The issue of social cohesion is essentially about whether we trust our democratic institutions,” the director of the Bertelsmann Foundation, Stephan Vopel, said in his speech.

Author and activist Lorenzo Masili agreed that many institutions have failed, especially when it comes to integration policy, and have therefore given space to right-wing populists.

“Italy has failed in terms of migration management. The state is not even able to accommodate migrants who have the right to stay there. As a consequence, many sleep on the street and this creates a sense of crisis, of invasion,” Masili said.

“They are the only alternative to the right-wing populist strongman. Because the likes of Orban, Salvini, Kaczynski and Farage only make the problems, to which they owe their success, worse.”

Yet, migration is not the real reason for the growing political divide in Europe, according to both Masili and Burmester.

“One cannot talk of social cohesion without talking about economic injustice, “Masili said.

Recent OECD figures make it clear that such economic injustice does exist and that it has the potential of being politically explosive. According to these figures, close to half the Germans are worried about poverty in old age.

Since the 1990s, the proportion of people at risk of poverty in Germany has risen, currently affecting 16% of the population.  At the same time, the incomes of the top 10% increased by 35% compared to the 1990s, according to the German Institute for Economic Research. Economic growth is therefore no longer a guarantee of social security, and the income gap is widening.

The European Commission’s efforts to counter this trend and create a political framework for socially fair living conditions at EU level can only help to a limited extent.

Since the European Pillar of Social Rights was proclaimed in November 2017, several initiatives have been launched to strengthen social systems and occupational health and safety in the European Union.

Ultimately, however, labour and social policy remain the responsibility of the individual member states. 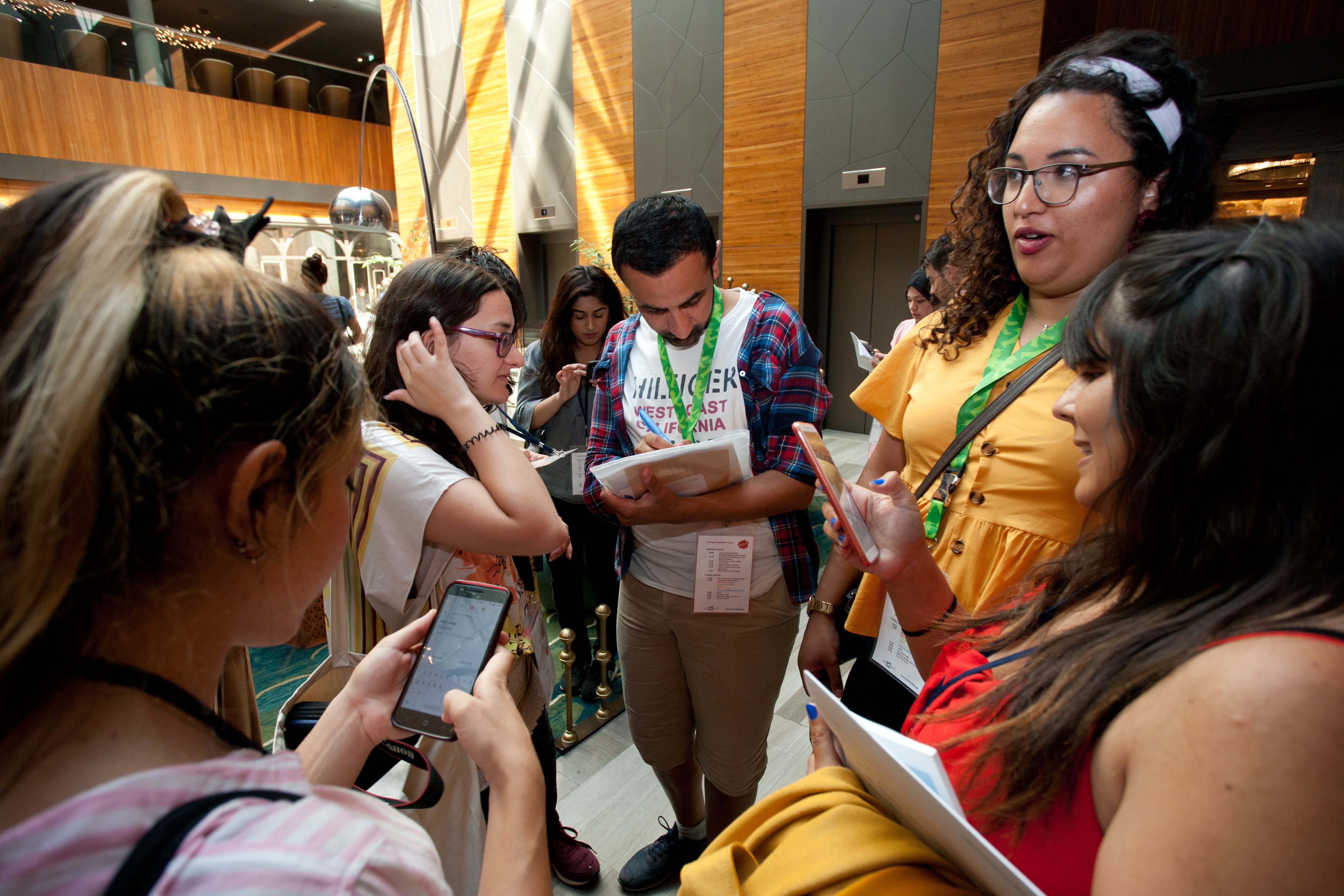 According to Masili, labour market reforms alone are not enough.

“Our democracy needs to overcome its dependence on an economic system that is highly unfair. We need to break down the structures in which power is held by the very few just because they have capital. In that sense, informal lobby networks have more political power than the common citizen. We need to regain people’s trust in these democratic structures,” Masili said. 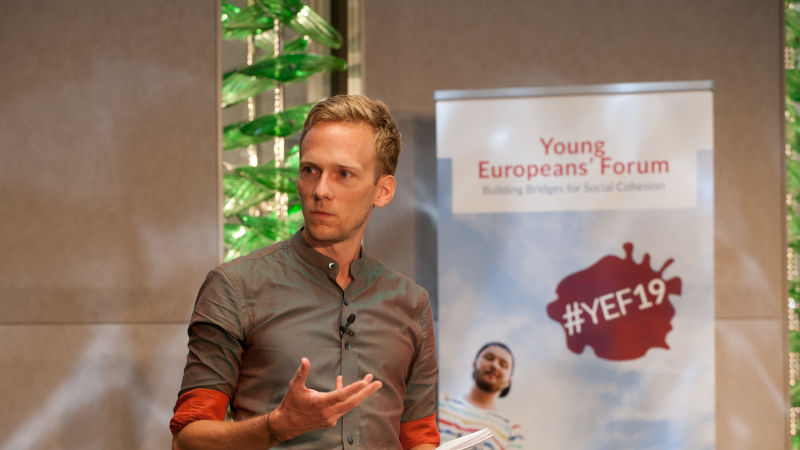