“Diversity is a strength and the power to shape a better world,” said Clara Gaymard, the executive president of the Women’s Forum for the Economy and Society, a world platform that features women’s voices on major global and EU challenges.

Meeting in Rome on Monday and Tuesday (26-27 June), leading women in business and society from both sides of the Mediterranean, conceded that despite advancement, gender equality is still a work in progress in most member states, and is in danger in North African countries.

Speaking at the event, Italy’s Minister of Economy and Finance, Pier Carlo Padoan, stressed that gender inequality was a burden to the economy.

Studies from the World Bank quoted at the event have shown repeatedly that the lack of women in leading positions is a loss for the economy.

“We can now quantify gender inequality and how much we would gain,” said Nadereh Chamlou, a former senior advisor to the chief economist at the World Bank’s Middle East and North Africa region, pointing out that when women bring skills and talent to the market the return is considerable on exports and productivity. “When women sit on the board, companies do better,” she added.

The European Commission has pushed to establish a 40% quota for each gender on boards of stock-listed companies. As a result,  some member states (France, Belgium, Germany, Netherlands, Italy…) have introduced quota laws.

In the last five years, the proportion of women on European boards almost doubled. In France, they even reached almost 40% of women on boards in CAC 40 companies, with every firm needing to publish its gender equality plan or pay penalties.

The country’s new President, Emmanuel Macron, even wants to go further than penalties by using the “name and shame” strategy.

Quotas do work, said Clara Gaymard in an interview with EURACTIV.com. But what needs to change is the mindset. 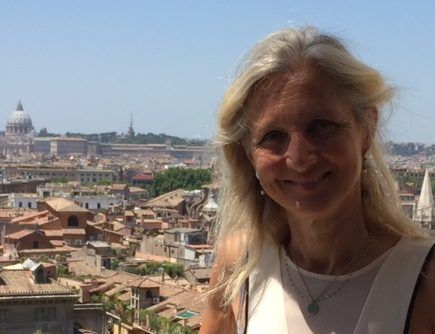 Yet, in Europe, the consensus remains that the situation will not change in the corporate world unless it is forced by legislation. Indeed, legislation has proven quite effective, even though the gaps between member states remain strong.

“If all women were as active as Swedish ladies and men as active as the Hungarians we would have an increase of 3% of growth,” said Nicolas Dufourcq, the CEO of BPI group, stressing there needs to be more investment. “It’s the duty of the elite to invest,” he added, lamenting the lack of enthusiasm in some corporate circles.

Giovanna Melandri, a former minister of culture and now president of president of MAXXI, Rome’s National Museum of the 21st Century Arts, underscored the value of social impact investment.

“The invisible hand cannot do it by itself. We need to make (a) place (in) the invisible heart of the market,” she said, explaining how economists must look at reorienting the economy with financial and fiscal incentives for social impact investment.