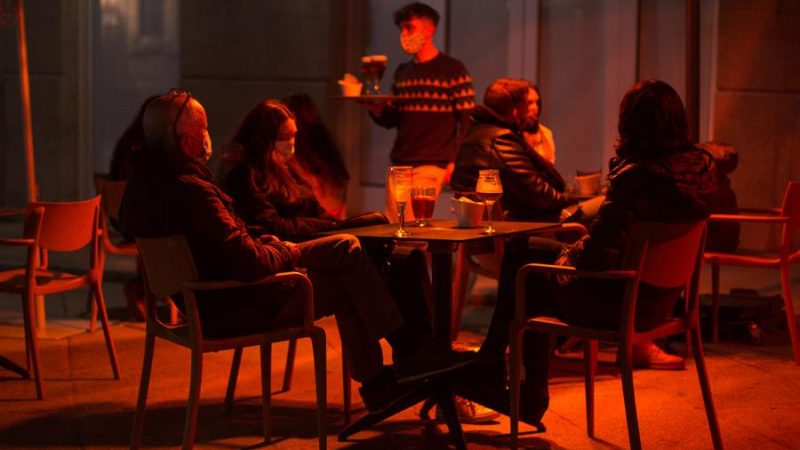 With some of Europe’s most relaxed COVID-19 restrictions, Spain is awaiting a modest influx of foreign tourists over the Easter holidays, but the topic has sparked debate in a country where locals are not permitted to travel outside their regions, EURACTIV’s partner EFE reports.

Spain was the world’s second-most visited country in 2019, with tourism contributing to 12.5% of the country’s GDP. However, the nation’s hospitality and hotel industries have taken a major hit during the pandemic.

Germany’s recent decision to remove popular tourist hubs like Mallorca from its list of high-risk destinations prompted a swell of hotel and plane bookings despite official recommendations against all non-essential travel. The German government announced on Thursday that it would require all passengers arriving in the country to present a negative PCR or antigen test from this weekend.

However, pictures published by local media of young French tourists enjoying a night out in the city have fuelled a debate that has reached fever-pitch with regional elections on the horizon in the Spanish capital.

Madrid’s conservative regional president, Isabel Díaz Ayuso, and Popular Party candidate in the upcoming regional elections, has already faced backlash from the opposition, which have criticised her for converting the capital into the “after-party” of Europe.

“We are the only major European capital that, right now, has opened up its culture, that is undeniably a point of attraction,” said Almeida.

Spain’s health ministry has proposed to bring forward to 8 pm the night curfew during the Easter holiday period which officially starts this week. However, Madrid’s authorities have so far dismissed the initiative, preferring to keep the current curfew time of 11 pm.

Spanish health authorities have reported a slight uptick in the country’s incidence rates, which averages 134 COVID-19 cases per 100,000 people. Madrid, however, recorded 235 cases per 100,000, the highest of any region in Spain.

Spanish Health Minister Carolina Darias has urged regional authorities not to make the same “error” committed over Christmas when a decision to temporarily lift restrictions foreshadowed a fresh surge in cases.