Views from Osaka [Website of the Japanese Presidency of G20]

Here are some of the most pressing issues facing the leaders at the two-day meeting, with the decisive action likely to take place mainly on the sidelines and away from the formal programme.

All eyes will be on whether the US and China, the world’s top two economies, can bury the hatchet in their long-running trade war that is causing headwinds for an already fragile global economy.

The two leaders, Donald Trump and Xi Jinping, will hold talks on the sidelines of the Osaka summit, their first face-to-face meeting since December at the last G20 in Argentina.

Experts are sceptical that a definitive deal will be struck in Japan, but many believe they may agree on a tariff truce and set a new deadline for a final agreement.

Trade will also feature heavily as a point of conflict in the wider G20 meeting with battles likely over the wording of the final statement — if the leaders can agree to one.

A G20 finance ministers meeting earlier this month noted in a communique that trade tensions had “intensified” and that risks were “tilted to the downside”, but even this statement took 30 hours of hard-fought wrangling.

Relations between the United States and North Korea have been in the freezer since a summit in Hanoi in February failed to achieve progress on Pyongyang’s nuclear programme.

But a recent exchange of letters between Trump and North Korean leader Kim Jong Un has raised hopes that a third summit could be on the cards, and the US president is travelling to South Korea immediately after the G20.

In this matter too, Xi plays a key role. He will arrive in Osaka fresh from his first visit to Pyongyang and observers expect the Chinese president to pass on a message from Kim to rekindle diplomatic activity.

Some believe the two issues of trade and North Korea could dovetail, with Trump needing Xi’s help to solve the nuclear issue that he has trumpeted as a major foreign policy triumph.

With key regional players such as the United States, Saudi Arabia and Russia in attendance, the mounting tensions with Iran are certain to be a hot topic of conversation on the sidelines of the meeting.

The G20 host, Japanese Prime Minister Shinzo Abe, sought to play a mediation role with a historic trip to Tehran, but this was overshadowed by two attacks on tankers in the Gulf of Oman that Washington blames on Iran.

At the last moment, Trump called off a planned military retaliation for the downing of an unmanned US drone, saying that the estimated death toll of 150 was not proportionate.

Despite hosts Japan desperately trying to focus media attention on its priority issues such as ocean plastic and ageing populations, the US leader’s meetings on the sidelines are likely to overshadow everything — especially planned talks with Russia and Turkey.

Trump is expected to meet Vladimir Putin for face-to-face talks for the first time since July 2018 in Helsinki, where he was attacked for being too conciliatory to the Kremlin strongman amid accusations of Russian meddling in the US election.

Turkey’s leader Recep Tayyip Erdoğan, fresh from a humiliating defeat in a re-run election in Istanbul’s mayoral election, is hoping to use good relations with Trump to defuse a row between the NATO allies over Ankara’s purchase of Russian missiles.

The US has given Turkey until the end of July to renounce its deal with Moscow for the S-400 missiles or face sanctions, an ultimatum that Ankara has slammed as “inappropriate”.

After failing to stitch up a deal for the successor to European Commission President Jean-Claude Juncker at a summit on Friday, EU leaders have kicked the can down the road to a special meeting in Brussels on 30 June.

This happens to be the day after the G20, so most observers expect the senior EU players from Germany, France, Italy and the Netherlands to continue the horse-trading in Japan — although any final deal will have to wait until European soil. 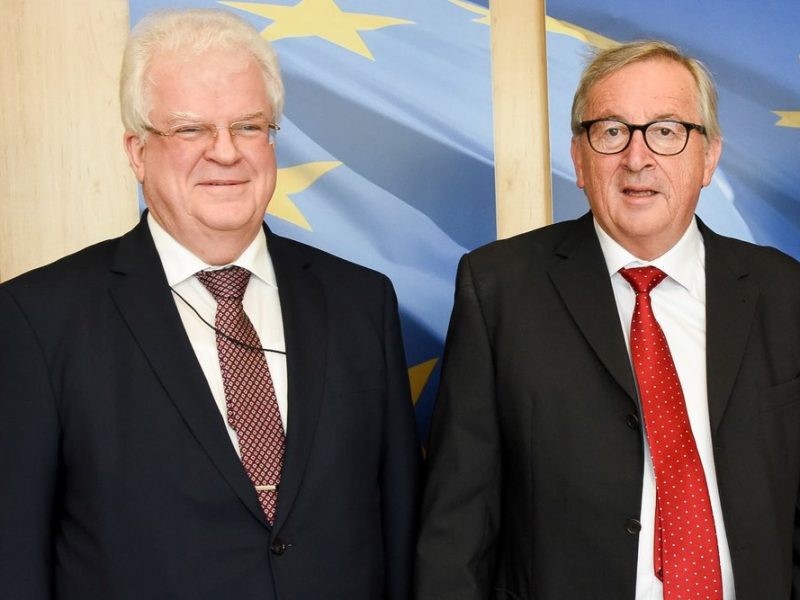