US President Donald J. Trump talks to reporters in the Oval Office of the White House in Washington, DC, USA, 03 May 2019. [EPA-EFE/Yuri Gripas]

Reacting to an opinion piece by Bloomberg about how European landmarks should stem the number of arrivals, he wrote that the high number of visitors was due to an undervalued euro.

This represents a “big disadvantage” for the US, he said. “The Fed Interest rate way too high, added to ridiculous quantitative tightening! They don’t have a clue!”

This is because the Euro and other currencies are devalued against the dollar, putting the U.S. at a big disadvantage. The Fed Interest rate way too high, added to ridiculous quantitative tightening! They don’t have a clue! https://t.co/0CpnUzJqB9

The US commander-in-chief’s comments against Europe, and what he described as the consequences of its monetary devaluation, came on the heels of warnings against French wine.

“France charges us a lot for the wine. And yet we charge them very little for French wine,” he told CNBC during an interview on Monday.

“It’s not fair. We’ll do something about it.”

The ECB signaled last week that the end of its loose monetary policy was not nearing, precisely because of Trump.

ECB President Mario Draghi postponed an interest rate hike until at least the second half of next year.

The ECB’s governing council is also considering further lowering the rates and restart the bank’s assets purchasing programme to weather global trade tensions triggered by Trump’s tariff war, as well as other risks including Brexit.

In the US, Fed chief Jerome Powell signalled his openness last week to further interest rate cuts to address the consequences of trade tensions.

Trump’s tweet revived the fears of a currency war, in the midst of the trade war he is  waging against China.

The US administration is already studying how to impose additional duties on countries that devaluate their currencies.

US secretary of Commerce Wilbur Ross warned last month that his department would counter “currency subsidies that harm US industries”.

“Foreign nations would no longer be able to use currency policies to the disadvantage of American workers and businesses,” Ross said in a statement. 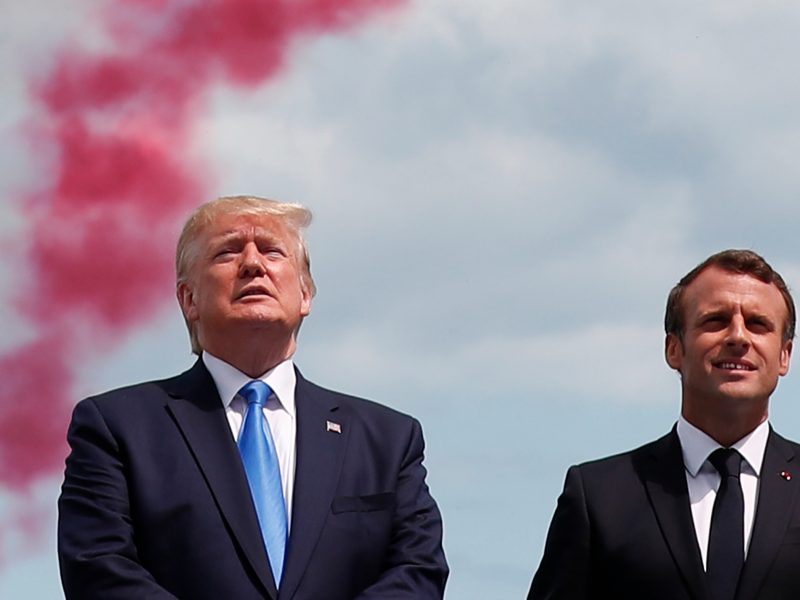 US President Donald Trump did not confirm he would attend August’s summit of the G7 group of rich nations in southwestern France city of Biarritz when he met President Emmanuel Macron on Thursday (6 June), a French official said.

The US is currently the single biggest purveyor of foreign tourists traveling to Europe. Around 25 million Americans visited Europe in 2016, spending 74 million nights or 3 nights on average, according to the latest World Tourism Organization report on EU tourism trends.