Donald Trump’s plans to slash corporate taxes in the United States have sparked concerns of a new global fiscal race to the bottom, possibly involving a wave of negative social consequences, experts say.

In what Trump’s economic advisor Gary Cohn described as “the most significant tax reform legislation since 1986, and one of the biggest tax cuts in American history”, the White House plans to dramatically cut taxes for US businesses and individuals, slashing the corporate rate from a top rate of 35% to 15%.

The aim, according to US Treasury Secretary Steven Mnuchin, is to “bring back trillions of dollars that are offshore to be invested here in the United States” and create jobs.

Trump’s goal is for the reforms to propel the US economy to 3% annual growth.

But the long-anticipated overhaul – details of which remained unclear beyond a handful of headline measures – could face stiff opposition in Congress, including from some Republicans, with lawmakers sharply divided over the prospect of fuelling already-rising deficits.

Stiglitz: US will have a 'tax avoider-in-chief' in White House

And the plans have also raised eyebrows at NGOs and non-profit organisations.

They could accelerate “the race to tax competition on an international level and all of us will pay the price”, Oxfam spokeswoman Manon Aubry told AFP.

“When the world’s most powerful country decides to slash tax revenues as much as this, a number of other countries may follow suit, bringing with it imbalances that will have enormous impacts on our societies,” she said.

Falling tax revenues would make it harder for governments to pay for welfare, healthcare and other benefits without going too deep into the red, she said.

To make up the shortfall, governments could be tempted to hike valued-added tax (VAT), often criticised for placing a disproportionate tax burden on the less well-off, Aubry said.

Jean-Pierre Lieb, a tax lawyer at consultants EY, said that “the cut in corporate taxes in the US will fuel tensions between countries”. 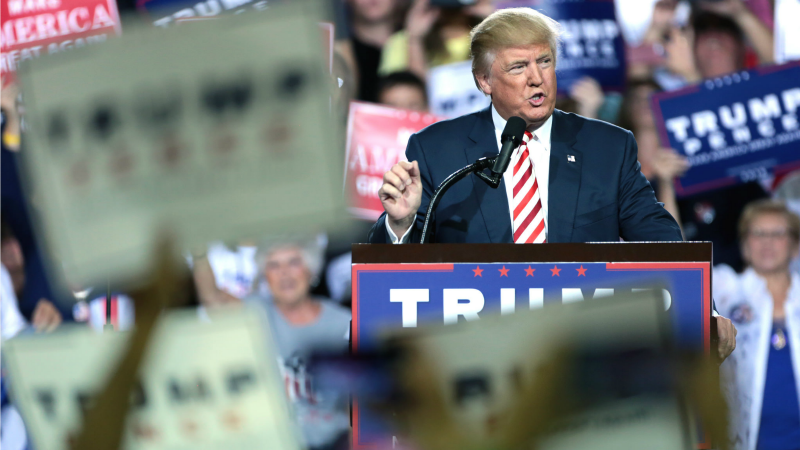 At the moment, corporate taxes in the US are the highest in the OECD countries, followed by France with a rate of 34%, Belgium with 33% and Australia with 30%.

The OECD average is currently around 24%.

But in order to become more attractive, a number of countries have decided to lower their corporate tax rates.

Britain is planning to cut its rate from 20% to 17% in 2020, a decision that pre-dates Trump’s move and was strongly prompted by fears that corporations may find the UK a less attractive place after it leaves the European Union.

There were even plans to slash the tax rate to 15% to help with Brexit woes, British newspapers have reported, but Prime Minister Theresa May appears to have ruled out such a deep cut for now.

France, meanwhile, is poised to take its corporate tax rate from 34% to 28% in 2020. Other countries, including Italy and Israel, have similar ambitions.

German Finance Minister Wolfgang Schäuble warned on Wednesday (6 July) of an EU-wide tax war, with states cutting their corporate tax rates, in the wake of Brexit and the UK’s announcement it will cut rates to 15%.

“What we’re seeing is a headlong rush” said EY’s Lieb, pointing to the case of Hungary where the corporate tax rate is to be slashed from 19% to just 9%.

But even if Trump succeeds in pushing through his planned cuts, countries such as Ireland, which have used their low tax rates to woo foreign companies like Google and Apple, still expect to remain attractive.

“Even if the US succeeds in delivering a substantial rate cut, the proposition for US firms to invest in Ireland remains compelling,” the lobby group said.

“Ireland’s membership of the EU is, and will remain, a key factor in attracting foreign direct investment from the US and elsewhere,” a ministry source told AFP.

Nevertheless, there is sufficient doubt as to whether Trump will actually be able to get the cuts past Congress.

According to a US think-tank, the Tax Policy Centre, Trump’s plans could reduce Washington’s budget by as much as $6.2 trillion over the next decade and massively push up the US public debt by $20 trillion by 2036.

Many Republicans who are traditionally opposed to increasing public debt will be unwilling to accept such an explosion in debt.