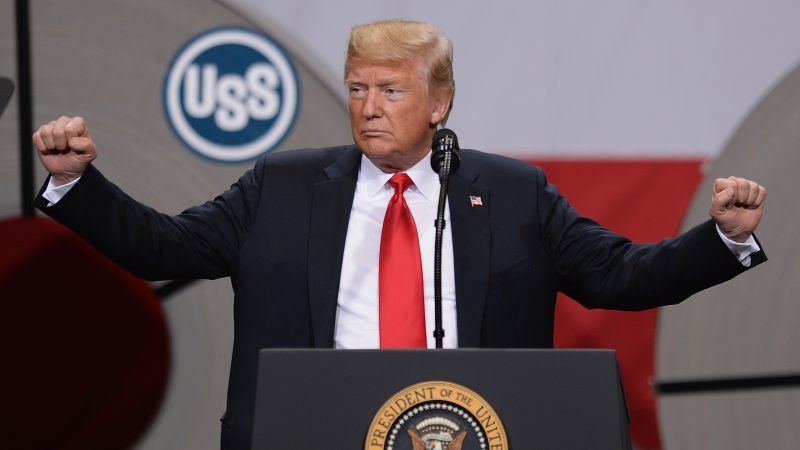 The White House painted the agreement as a vindication of the US president’s bare-knuckle tactics, which Trump has deployed even against allies.

The details of the deal brokered with European Commission chief Jean-Claude Juncker on Wednesday remain unclear and subject to differing interpretations, but the EU did ward off a new round of US tariffs on autos and received a pledge to roll back duties on steel and aluminium.

In exchange, Trump said he won access for US soybean producers, and for American natural gas.

“We just opened up Europe for you farmers,” he told supporters at a rally in the farm state of Iowa.

US Treasury Secretary Steven Mnuchin said the truce will “immediately resolve” tariffs and the EU retaliation at the center of the costly trade row.

“The first issue that we’ll begin negotiating is… the issue on the steel and aluminum tariffs and retaliatory tariffs,” Mnuchin said on CNBC.

Brussels had hit back at the US over the metals tariffs by imposing duties on more than $3 billion of US goods, including blue jeans, bourbon and motorcycles, as well as orange juice, rice and corn.

Mnuchin also confirmed that the US would not impose threatened auto tariffs — which would hurt dominant German carmakers — while negotiations are ongoing. That would head off the threat of another round of EU tariffs on $20 billion in US exports.

“Phase one will be to immediately resolve those issues so there will be no tariffs in either direction,” Mnuchin said.

The US declared a resounding victory for Trump and his confrontational stance, as Washington appears to have conceded little in exchange.

“If we hadn’t had steel and aluminum tariffs, we never would have gotten to the point we are now,” Commerce Secretary Wilbur Ross told reporters. “This is a real vindication of the president’s trade policy.”

The United States and the EU account for about $1 trillion in transatlantic trade, and on Wednesday the leaders agreed to work towards eliminating all tariffs, trade barriers and subsidies.

Trump also said the EU made a commitment to buy more US soybeans and natural gas, but a European official disputed that characterization.

The joint statement said Brussels and Washington would “work to reduce barriers and increase trade” in a range of products including soybeans, and that the EU “wants to import more liquefied natural gas (LNG) from the United States.”

But an EU official told reporters it will be up to the markets to decide whether to buy more US goods. “We are not going to turn into a Soviet-style economy.”

European Central Bank chief Mario Draghi called the tentative truce a “good sign, because in a sense it shows that there is a willingness to discuss trade issues in a multilateral framework again.”

He warned, however, it was too soon to “assess the actual content.”

Germany unsurprisingly hailed the decision, given that its auto industry was the first in line to be punished by Trump’s protectionist offensive.

But French President Emmanuel Macron expressed skepticism, saying a good trade negotiation “can only be done on a balanced, reciprocal basis, and in no case under any sort of threat.” 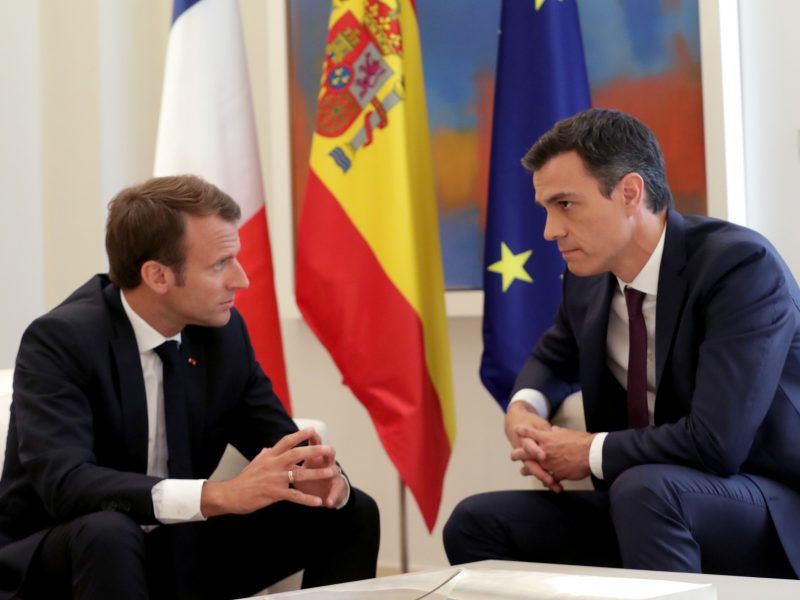 Macron 'not in favour' of TTIP-type US-EU deal

US stocks closed the day mostly lower on Thursday, despite rallying after the announcement, as investors were cautious that the trade threat had fully receded.

Agricultural equipment makers Deere & Co. and Agco both advanced, but General Motors, Ford and Fiat Chrysler all fell. All three carmakers slashed profit forecasts in part due to higher supply costs due to US tariffs on steel and aluminium.

But European markets rallied, as French and German carmakers rebounded on news of their reprieve. BMW gained 4.4%, Daimler 2.8% and Volkswagen 4.0% in Frankfurt.

Ross said his department will continue its investigation into possible tariffs on imports of auto and auto parts and submit a report to Trump sometime next month.

However, it “may not be necessary” to impose the tariffs.

Trump also won a commitment from Juncker to work together to reform the World Trade Organization to address some of his complaints about China on theft of US technology, the behavior of state-owned enterprises, and overcapacity in steel.

The Republican president has long complained that the WTO has been unfair to the United States, despite the fact the US has won most of the disputes against China and others.

Mnuchin said there were no new developments on the dispute with China, which has been the target of most of Trump’s trade policies.

“I’ve made perfectly clear that any time China is willing to seriously negotiate — and we’re talking about a commitment to reduce the bilateral trade deficit as well as to deal with technology issues — we’re available any time,” he said.

But he also cautioned that the US is watching China’s currency movements for any sign Beijing is manipulating the yuan.