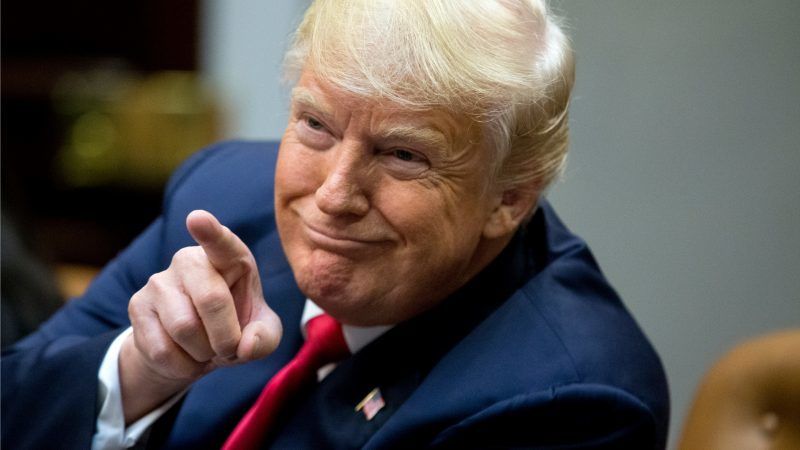 US President Donald J. Trump gestures during a meeting on a grant for support program for drug-free communities, in the Roosevelt Room of the White House in Washington, DC, USA, 29 August 2018. [EPA-EFE/MICHAEL REYNOLDS]

Just hours earlier, the EU Trade Commissioner Cecilia Malmström had said the bloc was “willing to bring down… our car tariffs to zero” provided that the United States did the same.

“Their consumer habits are to buy their cars, not to buy our cars.”

The White House in July sought to defuse the trade tiff when Trump and European Commission President Jean-Claude Juncker met and pledged to work towards a limited trade accord that would eliminate customs duties, but excluded the automobile sector.

Trump on Thursday also compared the EU to China. He has reportedly threatened to slap import taxes on $200 billion in Chinese goods, as a trade war escalates with Beijing.

“The European Union is almost as bad as China, just smaller,” Trump said.

“If they don’t shape up, I would withdraw from the WTO”

He also warned that he could pull the United States out of the World Trade Organisation.

“If they don’t shape up, I would withdraw from the WTO,” Trump said of one of the key anchors of the post-World War II multilateral trading system that the United States helped construct.

At a time when Trump’s protectionist policies have sparked a wave of trade wars, the institution best placed to help settle trade differences is facing a deepening crisis.

This week Washington blocked the reappointment of a WTO judge, increasing the risk it could soon find itself unable to fulfil its key role in arbitrating disputes.