The European Union talked up hopes for such an accord, while France signalled progress in a row over a new tax that seeks a fairer share of the titanic profits amassed by US tech companies.

Britain, however, vowed to press ahead with its own digital tax targeting the likes of Amazon, Facebook and Google, despite the potential impact on its hopes of forging a trade deal with the United States as it exits the EU.

Trump, attending the World Economic Forum in Davos as his Senate impeachment trial unfolds back home, revived a long-running offensive against the EU a day after dismissing climate campaigners as “prophets of doom”.

“The European Union is tougher to deal with than anybody. They’ve taken advantage of our country for many years,” Trump told Fox Business Network.

“Ultimately, it will be very easy because if we can’t make a deal, we’ll have to put 25 percent tariffs on their cars,” he added.

There was no immediate response from Germany, Europe’s biggest auto exporter. The price of high-end brands such as BMW and Audi risks spiralling beyond consideration for many American drivers if Trump goes through with the threat.

But European Commission chief Ursula von der Leyen emerged from a “very good conversation with” the president in Davos sounding upbeat about the prospects of a deal covering trade, technology and energy.

“We are expecting in a few weeks to have an agreement that we can sign together,” she said.

Trump said his attention was turning to Europe after he sealed a ceasefire on trade with China this month. 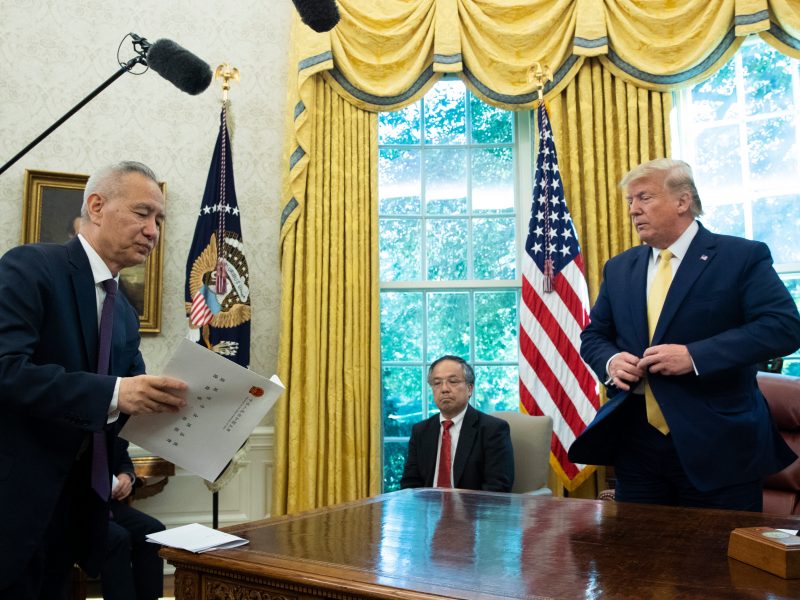 That cooled a destabilising tariffs war Trump ignited between the two biggest economies, after he took office vowing also to rewrite a North American accord and overhaul the World Trade Organization (WTO).

Trump said “very dramatic” action to reform the WTO was in the works, after he paralysed its dispute settlement process by refusing to name new judges to the Geneva-based body, arguing it is biased against the United States.

European stocks were hit by Trump’s threat, as well as a gloomy auto sales forecast, with markets in London, Frankfurt and Paris all closing lower.

The US and EU agreed to pursue a trade deal in July 2017 as a tentative truce after Trump had taken office and declared a war on America’s yawning trade deficits with China and Europe.

Europe’s auto industry has remained outside a tit-for-tat tariffs round so far. But US Treasury Secretary Steven Mnuchin warned that would change if Europeans go through with the digital tax.

“If people want to arbitrarily put taxes on our digital companies we will consider putting taxes arbitrarily on car companies,” Mnuchin told a panel at the four-day meeting in Davos.

Britain, however, said it would push through with its digital tax while continuing multilateral talks at the Organisation for Economic Co-operation and Development (OECD).

“We plan to go ahead with our digital services tax in April,” said British finance minister Sajid Javid, emphasising that the legislation would “fall away” if there was an international solution.

“It is a tax that is deliberately designed as a temporary tax,” he said. “This year could be the year of change. There is no agreement yet but I think we should all focus on that and reach a deal this year.”

Mnuchin emphasised the US was still involved in the OECD dialogue, but insisted that a digital tax was “discriminatory in nature”.

France is also planning a digital tax and in response, Trump has threatened tariffs on French goods including wine. But he agreed with French President Emmanuel Macron in a phone call over the weekend to give more time to talks. 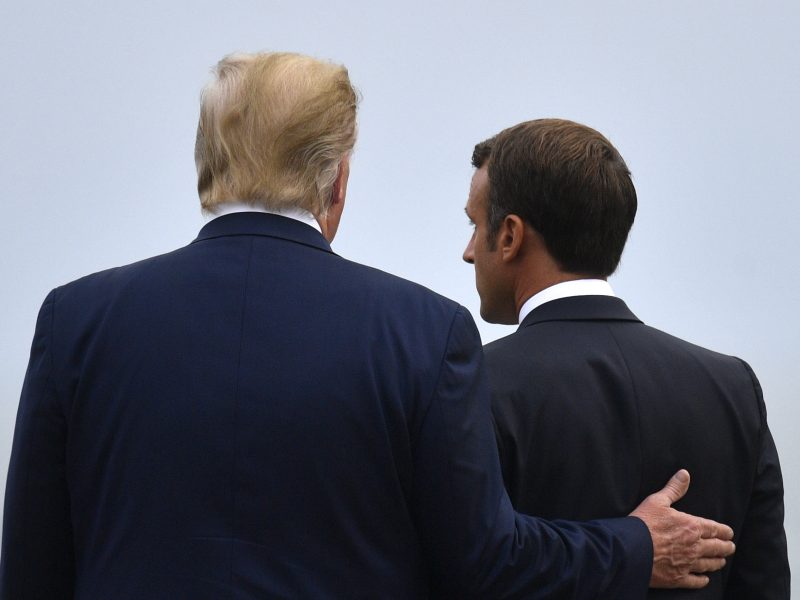 French President Emmanuel Macron said on Monday (20 January) he had a “great discussion” with US President Donald Trump over a digital tax planned by Paris and said the two countries would work together to avoid a rise in tariffs.

French Finance Minister Bruno Le Maire said after meeting Mnuchin in Davos that Paris would hold back on enforcing the tax until the end of the year, while the US would defer its planned sanctions.

But Le Maire also stressed: “France will accept neither the withdrawal nor the suspension of its tax so long as there is no international solution (at the OECD).” 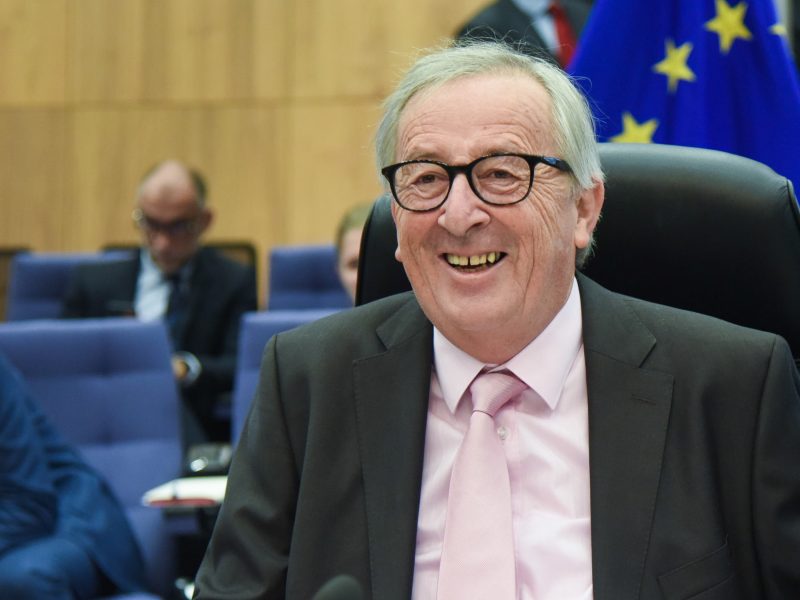