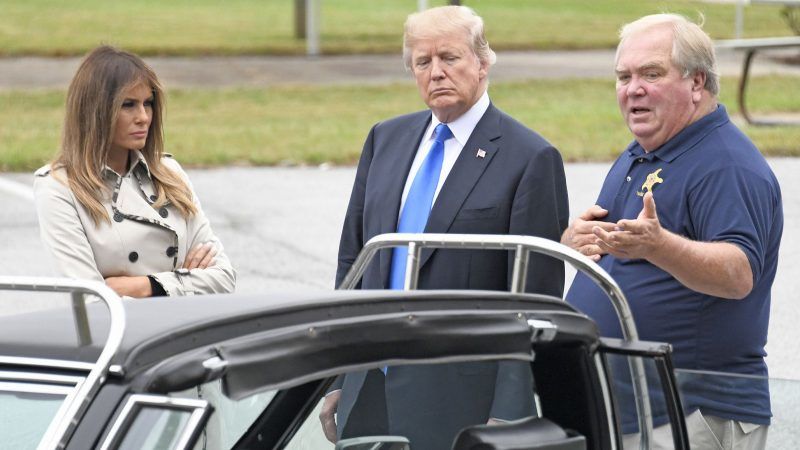 EU tariffs on iconic American products like bourbon, jeans and motorcycles worth nearly €3 billion came into effect on Friday. Brussels action against those US products was a direct retaliation against Trump’s decision to impose tariffs on imported aluminium and steel.

“Based on the Tariffs and Trade Barriers long placed on the U.S. and it great companies and workers by the European Union, if these Tariffs and Barriers are not soon broken down and removed, we will be placing a 20% Tariff on all of their cars coming into the U.S. Build them here!” [sic] Trump said in a tweet.

In an ironic twist, the EU’s ambassador to the US, David O’Sullivan, said only minutes before Trump’s announcement that the “EU-US economic relationship is the most important in the world bar none”.

Stock markets declined as a result of the news, with German carmakers BMW and Volkswagen shares dropping 1.9% and 0.6%, respectively. The euro also dropped sharply.

The European Commission told reporters that “everything we have to say on that subject has been said by President Juncker and (trade) Commissioner Malmström at various occasions over the past few weeks. We have nothing to add.”

It rounds off a busy ten days of trade wrangling for the Trump administration, which last week claimed it would put 25% tariffs on $34 billion worth of Chinese products next month, with more barriers under review.

2 responses to “Trump threatens 20% levy on all European cars”