Taxify was created in Estonia in 2013 by Markus Vilig, and attracted investment from Didi Chuxing – the Chinese app that forced Uber out of China. The undisclosed sum was rumored to be in the eight figures, but a Taxify spokesperson told EURACTIV.com that Taxify remains an Estonian company, with Didi Chuxing holding a minority share.

Didi Chuxing already has 400 million clients and an estimated value of $30 billion (€25 billion), including the $1 billion that Apple invested in it a few months ago.

Perhaps out of fascination for the story and the CV of its CEO, Liu Quing. She is the daughter of Liu Chaunzhi, the founder of Lenovo – the Chinese firm that acquired IBM’s Thinkpad personal computers – and was managing director at Goldman Sachs until 2014.

Taxify hit London before Paris, by buying Uber’s competitor City Drive and signing up 3,000 drivers to the platform. The company applied for a license to operate to the London transport authority (TfL). And now Liu is taking the challenge to uber to Paris.

“I have already signed up and got my licence”, explained a driver who quit Uber for Taxify.

Taxify pays more (they keep a lower fee than the 25% imposed by Uber), give more freedom (don’t tie drivers to one platform), promise “loyalty premiums” and training courses: something that keeps the authorities and trade unions happy.

Uber is worried: it contacted all its drivers one by one and launched a massive advertising stint (posters and print news space) admitting its guilt but looking forward to the future: “What’ve we learnt in the past 5 years is that we could go nowhere without you”, reads the ad.

Last Friday, London’s transport authority decided against renewing Ubers’s licence on grounds of public safety and security. In France, Uber filed a lawsuit with the European Court of Justice, set to deliver its opinion later this year, for having banned its shared taxi service “UberPop”.

There is a big difference between London and Paris: in the British capital, where Uber gave work to around 40,000 drivers and allowed 3,5 million Londoners to move more cheaply and flexibly compared to the exorbitant fares charged by black cabs, the app has been allowed to operate while it goes through the appeal procedure.

In Paris, the authorities preferred to regulate the service rather than outright ban it. Since a law proposed by socialist MP Laurent Grandguillaume was passed in 2016, Uber drivers must have a taxi-driving licence. 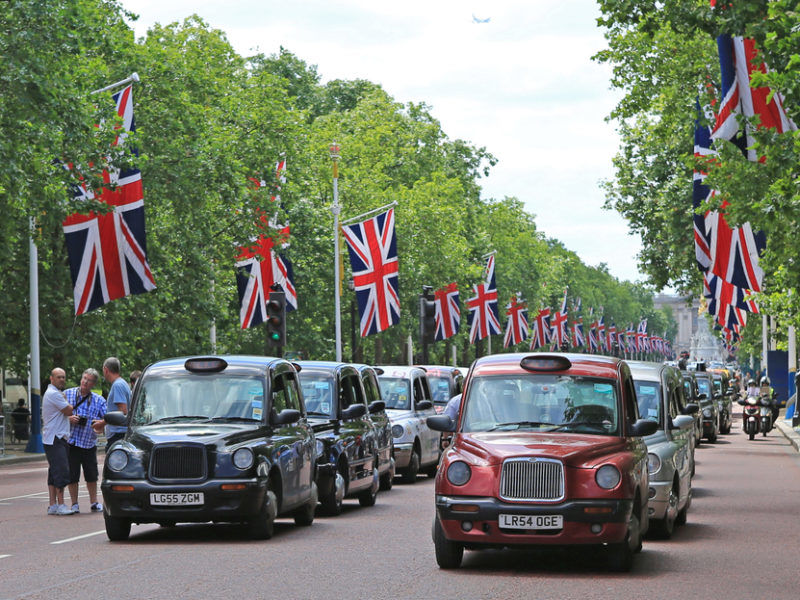 Hungary, Denmark and the German cities of Frankfurt, Hamburg and Düsseldorf banned the app in 2015. In Italy, where it was temporarily banned, it is now pending a government review.

Against this backdrop of legal challenges and tougher regulations, competition steps up its game.

Uber CEO Dara Khosrowshahi started in his new role in late August, after former CEO and founder Trevis Kalanick was forced to resign due to mounting allegations of sexually harassing workplace culture.

Khosrowshahi was previously CEO of Expedia-Trivago and now faces a bigger challenge: in 2016 Uber lost $3 billion (on a total turnover of $5.5 billion) and thousands of drivers in the world.