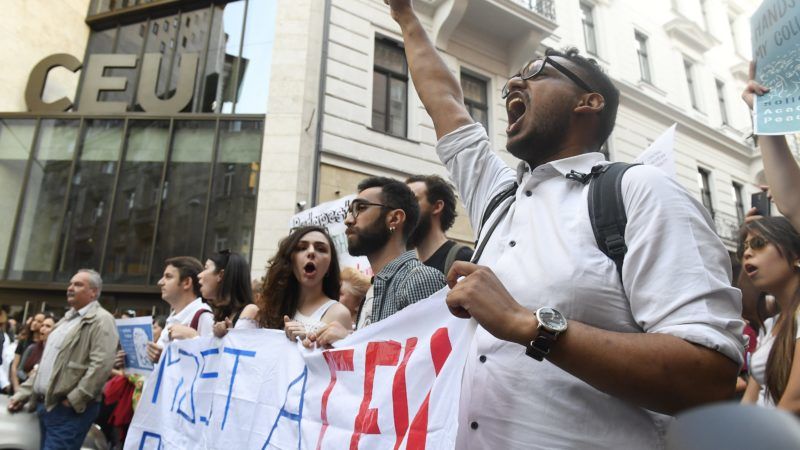 Participants shout slogans as they attend a protest rally organised by the Freedom for Education movement, called CEU Now, Who's Next ? Protest for the free education in downtown Budapest, 2 April 2017. [Tamas Kovacs/ EPA]

The Central European University (CEU) was founded by Soros in 1991 and is now under threat by a law put together by the Hungarian government, which is set to target universities from non-European countries. The parliament passed the law earlier today.

Thousands of demonstrators took to the streets of Budapest at the weekend to voice their support for the CEU and the institution has already been offered a safety net by other EU countries if the worst case scenario comes to pass. 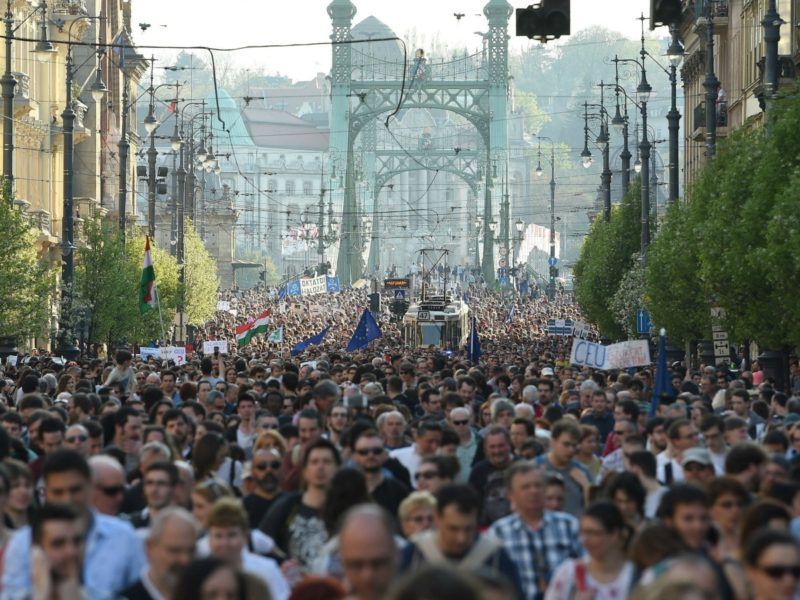 On Wednesday (29 March), the mayor of Vilnius said on social media that the Lithuanian capital would gladly welcome the CEU if it were forced to leave Hungary.

Austria has also thrown its hat into the ring and offered the university a new home. The rector of the University of Klagenfurt, Oliver Vitouch, told Austrian newspaper Der Standard that “if the university cannot be kept in Budapest, they are going to have to find a safe haven elsewhere”.

He added that the CEU would be “an excellent match for Vienna, Graz or Klagenfurt” and that it would be able to retain its name and its status as a private university.

The proposed legislation could ban all non-EU universities from awarding Hungarian diplomas without the expressed consent of the government. It would also require the institution in question to have a campus in its home country. The CEU is US-based but has no campus there.

Head of Vienna’s liberal party branch (NEOS) Beate Meinl-Reisinger also told Der Standard that the idea of luring the university to the Austrian capital is “a big chance” and could be “an enormous boost” for the city.

She called on Vienna’s mayor to actively pursue the university’s scalp and even suggested which part of the city could accommodate its campus.

The Hungarian government’s draft bill was also criticised by the US State Department on Friday, which expressed its “concern” about the proposal an urged Budapest to “avoid taking any legislative action that would compromise CEU’s operations or independence”.