Open plenary of the Trade Union Confederation and Institute conference in Brussels. [ETUC/Twitter]

This article is part of our special report How to protect workers’ rights in a volatile labour market?.

The world of work is quickly evolving. Climate change, digitalisation, demographic changes and globalisation are the main challenges for the labour market and they all require a multilateral response.

Trade unions admitted they have failed to foresee changes in the past and want to be more proactive in the future.

The unions’ debate is not isolated from recent changes in politics such as the rise of populism, the extreme right and the crisis of multilateralism. On the contrary, they are aware of their own responsibility in this process.

We are at “a moment of political danger,” said Guy Ryder, Director General of the International Labour Organization (ILO). Sentiments of social injustice and unfairness are translated into “a context of great anger” and “a rejection of many of the traditional discourses of the political economy”, Ryder underlined.

But this is also translated “in the search for something different”. Here, the ILO director general said, “is where we have to situate our debate”.

Luca Visentini, Secretary General of the European Trade Union Confederation (ETUC) agreed on the need to move away from the rhetoric of fear towards changes. “Those fears are to some extent justified but if we talk only about fear and we don’t provide solutions, we will face populism,” Visentini warned.

Visentini claimed that the industrial revolutions and globalisation “have been managed in the interest of business” and people should be at the core of the economic system.

The challenge for trade unions, Visentini stated, is “how we can design legal frameworks, collective bargaining and social dialogue in a way that we can build up the Europe that protects”, he reaffirmed. 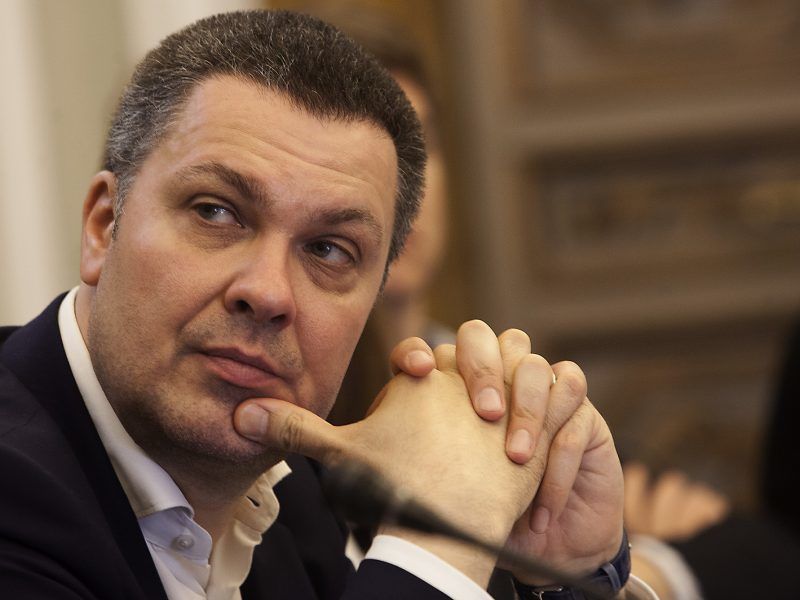 Luca Visentini: "Now independence goes together with no social protection"

Effie Achtsioglou is Labour minister of Greece, the European country with the highest unemployment rate and the most heavily affected by the 2008 financial crisis. “The economic integration at European level did not go hand in hand with the harmonisation of the social system,” Achtsioglou argued.

Moreover, the system and the institutions that protect workers “have been weakened in the last two decades,” she said, adding that the EU is partly responsible for that.

Europe “needs a project to prove the real added value that can bring to people and, in particular, to young”, Rudy De Leeuw, ETUC president said, demanding a stronger social Europe.

The European Pillar for Social Rights, De Leew said, “is an opportunity to move away from austerity and restore workers’ confidence in the European project”. The principles on which the pillar is based need to be translated into laws to make it possible, he said.

On this, it is up to member states to act. “If governments are too scared to regulate, then we are in trouble,” said Sharan Burrow, General Secretary of the International Trade Union Confederation.

The irony is that “as we need more than ever multilateral cooperation and international agreements, we are facing a severe threat to the very multilateral principles,” underlined Pierre Habbard, General Secretary of the Trade Union Advisory Committee.

“The 1930’s was the last time that the multilateral system was destroyed,” Guy Ryder pointed out. “The ILO was founded on the notion of the preservation of peace and stability in our society depends upon the maintenance of social justice,” Ryder recalled.

The main challenges ahead

While the world of work is changing and trade unions need to adapt, Visentini argued that they must not renounce past achievements.

“We should not forget what we have acquired, but also look into the future, be innovative, be daring,” Effie Achtsioglou added.

Digitalisation is one of the main challenges. On the one hand, traditional workers are either hyper connected or are facing changes in their work environment linked, for instance, to automation. On the other, new labour markets are emerging and workers’, such as those connected to platforms like Uber and Deliveroo have different needs.

“This creates a social divide,” Aida Ponce, researcher for the European Trade Union Institute (ETUI) explained. “To make sure we can extend protection and well-being to the outsiders without harming the prospective for the insiders, we have to imagine a completely different world of work”, Visentini defended.

It is important to “regain some rights for employees” but “that is not enough”, as more and more people work in the black market, and do not benefit from those rights anyway, Achtsioglou underlined.

Migrants are particularly vulnerable in this context; they are “invisible workers”, she added.

“We have to allow them to express themselves, we need to make them visible” as “we all need to take part in the creation of this new model,” the minister pointed out.

Another important issue, which has been a major priority for a while is the transition towards a greener economy.

“A strong cohesion policy in Europe, that prevents any region from being left behind, is imperative to build support and to protect the European project,” demanded Luc Triangle, General Secretary of IndustriAll.

Marian Schaapman, Head of the Unit Health & Safety and Working Conditions of the ETUI, underlined that all problems are different but the principle is always the same, “workers have to be taken on board.”

Because, Schaapman recalled, “we speak about the future but for many people, the future is now.”